Where is California On Fire Right Now?

As anyone with an eye on the news is well aware, California wildfires are responsible for burning hundreds of thousands of acres of land and causing billions of dollars in damages and insurance claims. Strong winds and extremely dry weather conditions have been fueling the fires that have been taking place recently in Northern and Southern California including the Kincade Fire and the Tick Fire. 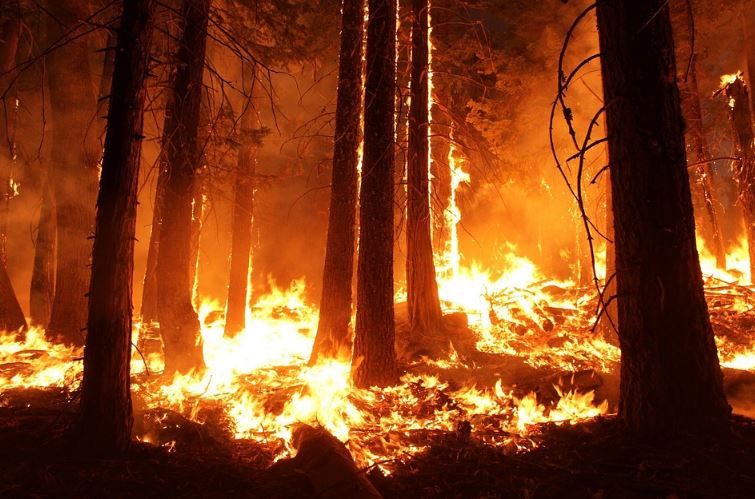 It’s no surprise that many people are concerned about California as they watch several parts of the Golden State go up in flames. With multiple fires often igniting at the same time, it can be difficult to keep track of the current state of any one of these disastrous wildfires.

Each year California experiences a wildfire season, and 2019 has been no exception. As of October 13th, 2019, more than 5,981 fires have been reported according to the US Forest Service and Cal Fire. In fact, the 2019 California wildfires have burned 170,857 acres of land and caused roughly $163 million in damages.

Usually, the California wildfire season begins and fires are much more active before mid-September. This was the case during previous fire seasons. This year, however, the fire season didn’t reach a higher level of activity until mid-September. In fact, experts are expecting an increase in fires from October through December, particularly as the famous Santa Ana winds pick up.

Some climatologists and fire behavior experts warned that the heavy rains that took place during previous years would create excessive amounts of vegetation. Later in the year, just in time for the usual fire season, the larger quantities of vegetation would become dry and provide ample fuel for even more fires.

This is indeed what happened. There were nearly 50 fires reported during the month of October alone, most of which have taken place in both Northern and Southern California. A few of these fires have yet to be contained at the time of the writing of this article. 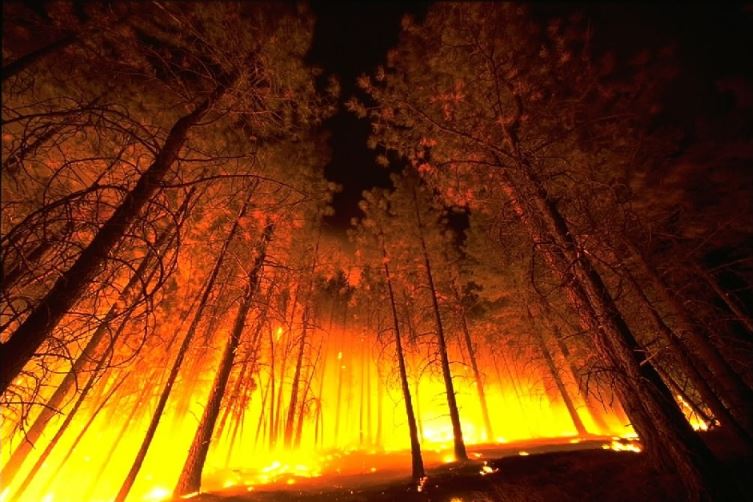 A Concerning Trend in Wildfire Activity and Impact

Several alarming trends have begun to emerge in recent years. First, experts are noting that the wildfires tend to start earlier in the year, and end later during the year. According to the California Department of Forestry & Fire Protection, this change has been primarily attributed to the changing climate.

Secondly, the change in the severity of the annual wildfire season has led Californians to be exposed to extremely unhealthy air both during and after the wildfires.

More than 241,742 acres have burned so far in 2019 due to the California wildfires and hundreds of homes and structures were destroyed in both urban and rural California.

According to the California Fire Tracker, there are still active fires as of the date of this writing. The active fires that are currently being tracked include:

This powerful fire began on October 23, 2019, and so far has burned 25,455 acres. It is only 10% contained and has already damaged 49 homes and building structures.

Beginning on October 24, 2019, the Tick Fire has burned 4,615 acres of land to date. It is 25% contained and required a mandatory evacuation for the Sand Canyon area. Over 1,300 firefighters were on site to contain this fire.

Beginning on September 6, 2019, this fire has burned 10,296 acres and is 75% contained. Fire officials are expecting this fire to be fully contained by rain or snow, but if not, then by rock barriers.

The Cow fire began on September 6th as well. It burned 1,975 acres of land and is 30% contained. It is burning in a remote area in the golden trout wilderness area. It is currently being managed and labeled as a suppression fire. There is a confine and contain strategy in place to completely contain it to 100%.

The Saddle Ridge fire began on October 10, 2019, and burned 8,799 acres. It is currently 97% contained. It has damaged roughly 88 structures and has completely destroyed 19. Eight injuries and one death have been associated with the Saddle Ridge Fire.

The Sawday fire began on October 25, 2019, and has burned 97 acres. It is 15% contained, however, firefighters have stopped its progress. 170 people were still required to evacuate.

Following the Fires with the Real-Time Fire Map

Fire Perimeter data is collected by using a combination of information taken from the ground as well as sensors taken from aerial views.

Hot Spot Data comes from a satellite that detects which areas of the wildfire are experiencing higher temperatures.

Other Ways to Monitor the Impact of California Fires

In addition to tracking the fire’s progression, it’s also important to make sure you stay informed about wind conditions as well as air quality.

Wind patterns make it possible to predict whether there is a potential for a fire to grow as well as monitor which direction the fire may take. To get more specific information about the direction, the strength of the wind, as well as tracking various wind patterns visit, Windy.com.

Monitoring air quality will keep you informed regarding what kind of impact California wildfires can have on your health or the health of your family. A great source for providing information on air quality is Airnow.

Because the data provided from these maps may not be updated right away, please also consider your local news or other sources for real-time updates.

How Much Did Wildfires Cost California in 2018?

Although the 2019 wildfire season is proving to be particularly catastrophic, the fires that occurred during the 2018 wildfire season have been some of the most deadly and destructive in recent history.

In 2018, California wildfires burned a total of 1,893,913 acres of land, which was the largest burn area recorded in any given fire season. In addition, 2018 saw a combined total of 8,527 fires according to California Fire Protection, the California Department of Forestry, and the National Interagency Fire Center. This information was reported as of December 21, 2018. To that end, more than $432 million was spent on operations alone.

On August 4, 2018, Northern California was declared a national disaster zone as a result of the extensive wildfire activity in the area. This included the massive Carr Fire and the Mendocino Complex fire, the latter having burned over 459 acres. It was subsequently declared the largest complex fire in the history of California. This series of large California wildfires took place between mid-July through August.

In November of 2018, strong winds contributed to yet another large and destructive fire system when they aggravated the already dangerous conditions surrounding both the Camp Fire and Woolsey Fire. Approximately 85 people lost their lives and two people still remained unaccounted for as of February 17, 2019. These two fires destroyed over 18,000 buildings, and are widely considered two of California’s most destructive and deadliest wildfires on record.

A number of other files contributed to the high cost of the 2018 wildfire season in California including the Firestone fire created over $3.5 billion in damages, where 1.792 billion of which consisted of fire suppression costs.

How to Prepare for a Wildfire?

Years ago, many were just beginning to hear about wildfires occurring in remote and mountainous areas. It seemed that most of the fires were taking place far away from most homes and buildings. But today, wildfires in the United States are occurring closer and closer to residential areas as metropolitan areas expand. Thankfully there are some things that can be done to protect yourself before a wildfire becomes an imminent threat to you and your family.

Remove any dead vegetation and similar items from underneath your porch or deck and anywhere that is 10 feet from your home.

Since leaves create fuel for fires, dispose of them as well as any other form of lawn debris quickly and avoid allowing them to linger for too long around your home.

Dry grass, shrubs, and other debris also add fuel to wildfires and as a result, you should practice keeping your lawn well-maintained and hydrated. If your lawn is brown,make sure that it’s cut down low to reduce the risk of catching fire.

To prevent ember from igniting a fire near or in your home, clear any leaves or other forms of debris from eaves, porches, gutters, and decks.

Rake away leaves, twigs and dead tree limbs, and clear out all flammable vegetation to reduce the risk of a fire starting near your home.

It’s a good idea to create a wildfire preparedness checklist as well as build a disaster supply kit. Make sure your family agrees upon and commits to an emergency and evacuation plan as well.

Wildfires, whether naturally occurring or man-made, are a part of the landscape in California both literally and figuratively. If you live in a fire-prone zone, it’s wise to take precautions as far in advance of fire season as possible. Pay close attention to recent fire seasons, and keep a close eye on the news to familiarize yourself with the environmental elements that impact the severity of a fire season in California. Above all, be prepared. An ounce of prevention is worth a pound of cure, as they say.