Where to Watch the Super Bowl 2021 From Different Countries

There are so many fans in the United States and other parts of the world that are excited to witness the Super Bowl 55 this coming February 7. However, the Raymond James Stadium will only have a limited in-person attendance due to the COVID-19 pandemic. Additionally, fans from other countries couldn’t be in Florida that day to watch the Super Bowl 55 live. 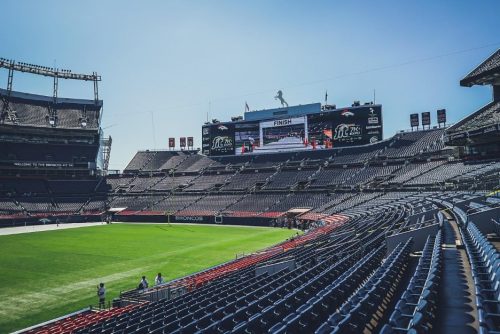 Since CBS is the official broadcaster of the Super Bowl 55, live streaming will be available on all CBS platforms such as cbssports.com, CBS all-access, and CBS Sports App. These platforms are your option if you do not have a cable subscription. You can access these platforms via any device as long as it is connected to the Internet.

As one of their packages, US residents who have a cable subscription with CBS Channel can watch the Super Bowl on the CBS website at no extra cost. Although watching the game through CBS is only permitted for US residents, other countries can still choose to access their website using a VPN.

Yahoo Sports have been streaming live coverage of the NFL in their mobile app for free. This free streaming continues from the regular season to the playoffs and is expected to cover the Super Bowl this Sunday.

You can download the app from the play store on your mobile or tablet devices and watch the Super Bowl directly from your wireless devices anywhere as long as there’s an internet connection.

CBS will also be accessible via Youtube TV, which means the Super Bowl will be everywhere across Youtube TV if you subscribe to them. You can access this platform via wireless devices, computers, and TV sets through streaming apps.

HULU + Live TV has the same subscription price as Youtube TV. For $64.99 a month, it seems pricey. But with this promo, not only will you have access to the Super Bowl but also with HULU’s original content, movies, and TV Shows.

You can also have the option to bundle up ESPN+ and Disney+ with your HULU + Live TV. But if you are only interested in the Super Bowl, HULU offers a week-long free trial, which will be enough for you to access this platform for free and watch the Super Bowl this Sunday.

You can also know more about the Super Bowl at FanDuel, especially if you are betting for the Super Bowl. Besides watching the game, you should have access to various information related to the event that will help you with your betting.

For those who are already subscribed to Fubo TV, they will be streaming the Super Bowl, and you can watch it via their broadcast channel on your TV set. For non-users, you can also enjoy their one-week free trial if you just want to watch the Super Bowl and do not want to have access to their streaming service.

Every fan worldwide is now starting to scour the Internet to know where they can watch the Super Bowl 55. With the given options above, you now have a lot to choose from. Ranging from free access to paid subscriptions, plus some ideas on playing your cards right, you’ll have free access even to paid streaming services.

Interesting Related Article: “Marketing on the Super Bowl Event. How Effective is it?“