Which card is better for merchants: Visa or Mastercard?

Which credit card brand is better? Visa, Mastercard or even American Express? Usually, this question is asked by consumers looking for the card with the better loyalty program rewards. However, what about from the merchant perspective? Which card provides the most value to merchants?

The answer is it depends, but we’ll break down the differences for you so you can see what counts and where. 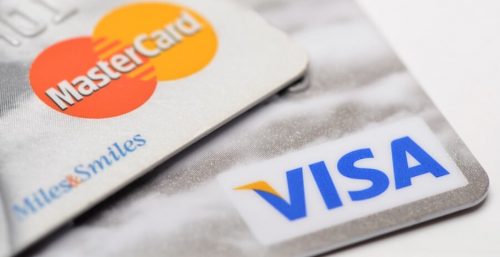 Which card is used the most?

Visa has 48.5 percent share of the world credit card market and MasterCard has 31.7 percent, according to the site Value Penguin. Four-year-old data from Statista places the share of American Express at 2.5 percent of global credit card transactions. In terms of consumer preference, you will likely need to accept both Visa and Mastercard to keep your customers happy.

Indeed, Value Penguin states that approximately 33 million merchants across the globe accept both Visa and Mastercard. However, according to industry publication the Nilson Report, there were 46 million merchants internationally that accepted Visa last year, compared with 37 million for Mastercard and 44 million for American Express. That means that some merchants out there do accept one card brand and not another. Of those that limit their card acceptance, more merchants around the globe seem to take Visa than other card brands. Visa is particularly strong in Europe. In the U.S., this is a moot point, as all brands are accepted by 10.6 – 10.7 million merchants.

What interchange fees do the cards charge?

Interchange fees vary by region and can be capped by country regulations. With Visa and Mastercard, the fees vary by the type of card used and how its details were captured. In the case of American Express, what they refer to as the “discount rate” varies by the merchant category of the establishment. In the U.S., the average for interchange fees  charged to merchants for Visa is 1.2% – 2.4% and Mastercard is 1.2% – 2.5% – fundamentally the same. Meanwhile, for American Express the discount rate is 2.3% – 3.5%.

Merchants sometimes still choose to accept American Express cards because the brand’s cardholders tend to spend higher amounts on goods and services than the two major brands’ cardholders. Meanwhile, we can see that as far as interchange fees go there is not much reason to favor Visa over Mastercard or vice versa.

Setting the bar for chargeback monitoring

One area where there is a significant difference is in chargeback monitoring program thresholds. These are the level of chargebacks at which a credit card network directs merchants to evaluate ways to address the problems causing chargebacks while they levy extra fines and fees to motivate proactive behavior. 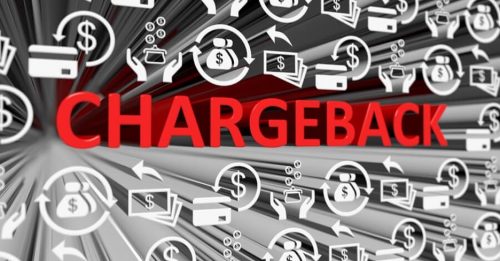 The Visa Dispute Monitoring Program has a low threshold for entry at a chargeback rate of 0.9 percent and at least 100 chargebacks a month for regular merchants. By way of contrast, Mastercard’s Excessive Chargeback Merchant program takes effect when a typical risk-profile merchant exceeds a 1.5 percent chargeback rate and 100 chargebacks per month. That’s a 60 basis point difference between card brands! Phrased differently, you can have a 67 percent higher chargeback ratio with Mastercard before you are placed in the doghouse.

Visa itself used to have a 1 percent chargeback ratio threshold for the Visa Dispute Monitoring Program, but it reduced it to 0.9 percent in 2019. Barring a similar change by Mastercard, it appears Mastercard is the most merchant-friendly credit card network when it comes to managing chargebacks monitoring.

Mastercard’s method should be preferable to merchants who see sudden spikes and drops in transaction volume.

For more information on how credit card networks differ in how they handle chargebacks consult with AcroCharge, the chargeback mitigation company.

Despite the differences in how the credit card networks deal with chargebacks, for most merchants, it will make sense to accept plastic from both Visa and Mastercard. The customer base for both is too large to ignore and the interchange fees are broadly similar. To do otherwise would usually leave a larger sum of money on the table than what could potentially be lost in chargeback fines and fees.