Who is Liable if a Contractor is Hurt on Your Construction Business Site?

Being a contractor is a fantastic career path to take but an injury is somewhat common in this line of work. In a line of work like construction, an injury is far more common than someone that is sitting behind a desk and not really putting themselves at risk. When there is a contractor injury on a worksite it can be difficult to determine who is at fault and what should be done and what type of lawsuit might be possible. 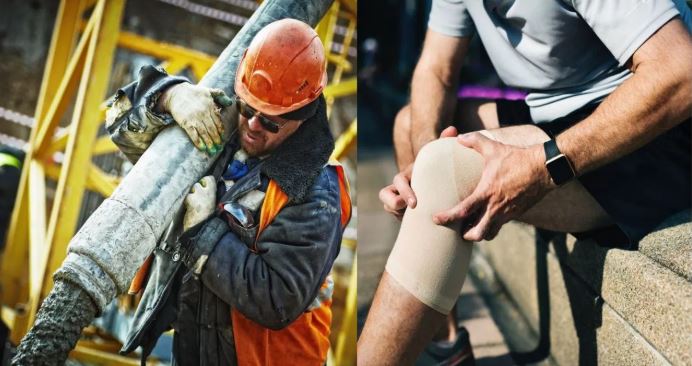 What Constitutes a Contractor Injury?

Stubbing a toe is not something that you would likely add to a lawsuit or even to an injury claim. In most cases, an injury is going to be reported in the case where a person is injured past the point of being able to continue working.

Also, if someone has to go to the doctor or the hospital. That type of injury has to be reported as well. In many cases, your contractor insurance is going to protect you but there are some cases in which further action may be needed and where someone might need to actually take on a lawsuit.

Contractor injury and injury with those that are working on the site can be difficult and it can make it impossible to keep working. It can also cost time and wages and can cause the person that is injured to incur medical bills as well. As mentioned before, most people are going to be able to use their liability insurance and their worker’s comp to pay for claims and get their injury taken care of.

Who is Liable if a Contractor is Injured?

This is a bit harder to define and a bit harder to deal with. When someone is injured as a direct result of their own actions you are not going to be able to sue or to bring any sort of action against the site owner or the main contractor or head of operations. If that person is doing something that is clearly against safety protocols, that is against the safety regulations that have been set for that site, and against the overall safety teaching that they received, they are not going to be able to get any compensation in most cases and can even be released from work and dismisses from the worksite.

If a contractor is injured due to the negligence of their superior or the person that is handing out the jobs and the instructions if you can prove this negligence the foreman or whoever is in charge can then be held liable. If the person that is in charge neglects safety protocols and then someone has injured the worker’s compensation insurance that the company holds can pay for the damages and you might be able to bring further legal action against that person to get your money and settle your case.

Lastly, if the injury is the result of the negligence of the site owner or the person that is in charge of the site, they are going to be held liable. A good example would be if the site had a sinkhole that the owner of the site knew about and they did not tell anyone. The work site then collapses into the sinkhole and people are injured. In that case, the site owner would be responsible because they knew that the site was not safe, and they continued to allow people to enter the site and continued to allow people to work there despite the danger.

What Can You Do?

If you are injured on the worksite and it is not something that is going to cause a major issue, you can almost always just file with the insurance that the foreman or the company you work for holds. In many cases, this will serve to pay for some time off and will cover medical expenses. If you are dealing with a very bad injury, an injury that takes you off of work, or something that is life-changing you may want to take further legal action.

For those that are looking to take legal action, a team like those at Wapner Newman Law Firm can help you build a case, collect the data and the evidence that you need to make a case, and actually have a chance at winning. Being injured while at work is not something that anyone wants to deal with and being able to get the money you need to keep going and to recover is a must.

When someone is injured on a worksite the first and most important step is to file an injury report and to take the time to document the injury as well as possible. This can mean the difference between it being accurately depicted and accepted and an injury that might be glossed over and ignored in later days. No one likes to deal with injury but in some cases when it happens seeking further compensation can mean a great deal and can help you to get back to feeling good and being able to work again.

Interesting Related Article: “How do Lawyers Calculate Pain and Suffering in a Lawsuit?“