Who Needs Nuclear Energy When Wind and Solar Power Are More Affordable? 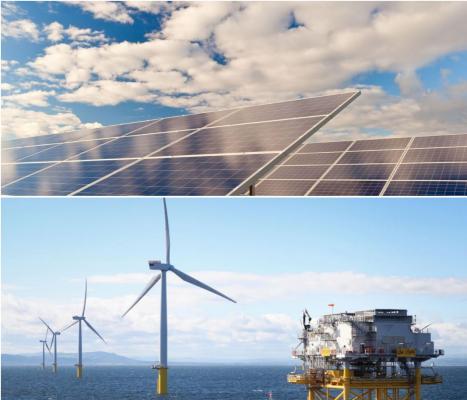 The United States has plans to spend billions of dollars to keep money-losing nuclear plants open, arguing that they’re necessary to ensure the country has enough electricity to power homes and businesses during the winter.

The problem with this argument? Nuclear energy isn’t needed when renewable sources like wind and solar are cheaper, cleaner and don’t require government subsidies to make them profitable.

Let’s take a look at some recent events that illustrate how the cost of energy won’t be the same if it keeps losing money hand over fist, especially in the age of affordable, sustainable, clean alternatives.

A $12 Billion Handout to (Money-Losing) Existing Nuclear Plants: President Trump plans to issue an executive order that would effectively require electricity customers to subsidize existing nuclear plants, even when those plants cost more than power from other sources.

A leaked draft of that plan makes it clear why a Department of Energy analysis found it would increase costs for consumers. The policy could cost electric consumers billions of dollars without actually reducing greenhouse gas emissions or protecting national security—the two key justifications for such a policy.

This is what we do know: Despite $12 billion in government support over two decades, every single nuclear plant built after 1980 in America has been a money loser.

The price of building new wind or solar power plants has fallen in recent years. At least 30 utilities around the country are either building or planning to build new, small nuclear reactors that would compete with these alternative energy sources.

The government wants to use billions of dollars in federal loan guarantees to back up private investment in a bid to expand America’s production of nuclear energy. But is there really any market for more?

In most parts of America, no. In much of Europe, where governments heavily subsidize renewables but also tax carbon emissions, nuclear does remain competitive.

Other countries use subsidies for renewables

Germany, France, China—even developing nations like Morocco and Kenya are investing heavily in renewable energy. In fact, Morocco has plans to generate 52% of its power from solar by 2020.

So why are our government spending billions to keep money-losing nuclear plants open when renewables can do better at a lower cost? We’re not talking about just any old subsidies either—these are your tax dollars going straight into Big Oil’s pocket.

That’s right—the same fossil fuel companies that have been harming our planet for decades are now getting billions in tax breaks because of their close ties with those in power. Do you really want your money going toward clean energy or dirty fossil fuels? The choice is yours.

Most of America’s nuclear plants were built before 1990, so nearly all of them will have to be replaced within a few decades. Since nuclear is such a low-carbon source, it could help meet future climate targets.

There are also concerns that if these plants shut down, they would need to be replaced with natural gas power plants, which might not even be possible due to potential fuel shortages.

Keeping some of these plants running—which collectively provide about 20 percent of US nuclear power capacity—could keep supply up as other plants come online.

But that all may be unnecessary: Analysts at Lazard find that wind energy and solar power prices are falling fast enough that wind-plus-solar could deliver electricity cheaper than existing nuclear or coal fleets by 2020.

What will really happen if we close these reactors

The federal government’s proposal is expensive, unnecessary, and bad for our environment.

The Trump administration has been touting a plan to prop up uneconomic nuclear reactors in regions of the U.S. where wholesale electricity prices are too low to cover operating costs (thanks to cheap natural gas).

Federal regulators will pay power plants that have shut down or face retirement extra cash if they keep running for years—or even decades—longer than their initial license permits. The Department of Energy says it can recoup these payments by collecting fees from companies that sell electricity at market rates.

How climate change is involved in this issue

CO2 emissions have been falling in recent years due to natural gas displacing coal and renewable energy displacing other fossil fuels. If we eliminate all coal generation, nuclear will still be needed because of wind and Solar’s variability.

So would some more hydro generation that can store water behind dams to generate electricity at night or when there is no wind or sun. To provide continuous power from these intermittent sources, nuclear plants will also be required.

The only way for wind, solar and hydro to make up for a loss of nuclear would be to increase their output substantially, which is not feasible with today’s technology. To avoid an increase in CO2 emissions following a shutdown of existing nuclear plants, climate-change advocates must look beyond renewable energy technologies to find an alternative form of emission-free power.

The decline of nuclear power has led to an increase in fossil fuel consumption, resulting in higher carbon emissions. The environmental impact of renewables is much less substantial than that of nuclear.