Why 2022 Will Be a Big Year for the EV Industry 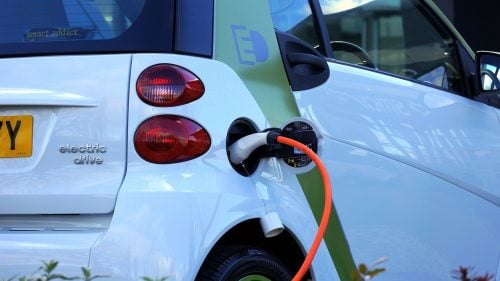 2021 has been fantastic for the electric vehicle (EV) sector.

Take January and June 2021, for instance. EVs and (Plug-in-electric vehicles) PHEVs accounted for 14% of total car sales in Europe, compared to a 7% increase during the same period in 2020.

Although the number of electric vehicles on the road has increased dramatically this year, estimates from the electric car industry imply that we’ve only begun to scrape the surface.

In this article, we’ll go over some of the reasons why 2022 will be an even better year for the electric vehicle sector worldwide.

The Leveling Up of Autonomous Vehicles

Over the last few years, there have been significant advancements in autonomy and self-driving cars. More robotaxi trials, such as AutoX in China, began delivering autonomous public trips in 2021, and more are scheduled to start in 2022.

In addition, Germany has recently approved level 4 autonomous services on the roads, and we may expect more roboshuttle projects and robotaxis trials in 2022. Honda has also introduced the Legend, Japan’s first level 3 vehicle. Unfortunately, only 100 Honda Legends were made available for lease, but additional manufacturers’ models will arrive in 2022.

According to IDTechEx, Level 3 private vehicles are also expected to emerge in Europe, with Germany, France, and England all showing interest in enabling their use on public highways. This will most likely be available first in the luxury market, with the Mercedes S-Class a favorite to be the first to provide the technology early next year.

The increased sophistication of sensing technologies supports the aim of OEMs to bring level 3 automobiles to market. No wonder most OEMs only work with top-tier automotive fastener supplier companies.

Radars are improving all the time, with Continental and ZF introducing the first 4D imaging radars in production vehicles in 2022. In addition, liDAR prices are also dropping, with Bosch indicating that its LiDAR will cost between $250 and $500.

These advancements provide OEMs with the resilience and performance needed for increased levels of automation at a cost that is suitable for series production.

Hydrogen fuel cells have limited prospects in cars due to high costs, expensive hydrogen refilling infrastructure, high hydrogen fuel prices, and uncertain emissions savings if green hydrogen is not used. This was reflected in Honda’s decision to exit the fuel cell vehicle industry earlier this year.

However, because of the range and refueling advantages of fuel cell electric cars, heavy-duty applications such as long-haul haulage and high-mileage bus operations have long been viewed as viable applications for the technology, and progress has been made in 2021

Hyundai declared in September 2021 that it would create fuel cell variations for all of its commercial vehicles by 2028, as the Tesla Semi is increasingly delayed to prioritize batteries for more profitable electric automobiles.

Hyundai is now conducting commercial testing with a fleet of 46 FCEV trucks in Switzerland, with ambitions to expand to 1,600 trucks by 2025. They’ve also revealed future FCEV truck projects in the United States and orders for 4,000 FCEV trucks in China.

Furthermore, FCEVs are gaining traction in the bus industry, with over 150 fuel cell buses operating in Europe, 65 in the United States, and over 3000 in China. A growing order book for FCEV buses implies that demand is expanding, at least at the pilot stage.

There are numerous ways to increase the range of electric vehicles. Vehicle power electronics (inverters, converters, onboard chargers) and electric traction motors are crucial topics to consider beyond brute force battery capacity increases. In this section, we’d look at some of the existing emerging trends that would only continue to thrive in 2022:

Axial flux motors, so termed because the magnetic flux runs parallel to the axis of rotation, are a new motor technology that has gained traction this year (compared to perpendicular in radial flux machines).

Axial flux motors provide significant advantages over radial flux motors, which are used in practically every electric vehicle. Increased power and torque density, as well as a pancake form factor, make it perfect for integration in a variety of settings, from vehicles to planes.

In 2021, the technology reached significant milestones. In late 2019, aftermarket leader YASA agreed to supply Ferrari with the first large axial-flux motor transaction; it was bought by Daimler in July 2021 for use in the future AMG electric platform. Renault and WHYLOT announced a partnership in July 2021 to employ axial flux motors in their hybrids in 2025.

The axial flux market in automotive EVs is now relatively tiny. Still, a report by IDTechEx anticipates a massive increase in demand over the next ten years, with initial uses in high-performance vehicles and select hybrid applications.

In the field of power electronics, the transition to silicon carbide MOSFETs and high-voltage systems exceeding 800V has accelerated in 2021.

Furthermore, with the arrival of the Mach E in late 2021, Ford joined the ranks of Tesla, BYD, and Toyota (the Mirai) in offering a model with silicon carbide power electronics.

The electric vehicle industry has made significant progress since 2021, and things will only get better from here.

Many more manufacturers and producers are pleased with the industry’s progress and are developing many unique and inventive systems to enhance the production of the automobile.

With proper supply chain management, 2022 is expected to have even higher sales than 2021, making it an exciting moment to be in the electric vehicle market.