The Reason Why FDA Ordered a Zantac Recall 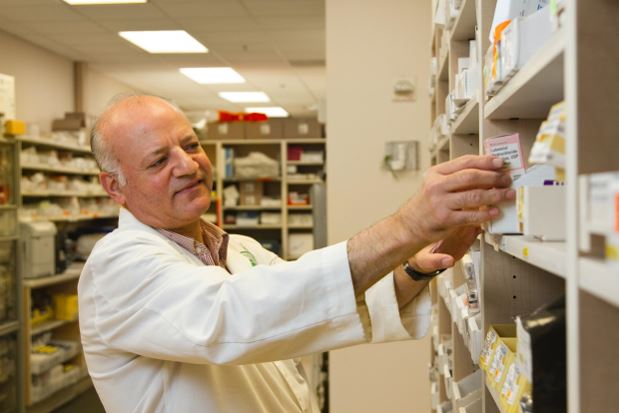 Zantac also known as Ranitidine Hydrochloride, is under the group of drugs called histamine-2 blockers. This drug helps reduce the amount of acid that your stomach produces which causes hyperacidity.

Hyperacidity causes gastroesophageal reflux diseases (GERD), which can cause ulcers over time. Zantac was prescribed by doctors to treat patients who suffer from GERD, ulcers, and other conditions where the stomach releases too much acid. However, Zantac was proven to be harmful and can pose a danger to consumer’s health.

Zantac Can Cause Cancer

Zantac (Ranitidine) was recalled from the market due to the presence of a contaminant substance known as N-Nitrosodimethylamine (NDMA) found in the drug. The U.S FDA determined that this impurity will increase over time when exposed and stored at a higher than room temperature.

The risk of the consumer being exposed to this dangerous level of NDMA is high, which triggers the FDA to release a recall order for Zantac last April 2020. NDMA is known to be a probable human carcinogen that could cause cancer to people who consume it.

Low levels of NDMA are often ingested in our diet. It can be found in water and food. However, a low level of this substance may not be harmful and is not expected to cause cancer.

The U.S FDA has conducted new thorough testing and evaluation of Zantac (Ranitidine) prompted by third-party laboratories. These laboratories confirmed that the NDMA level found in Zantac also has the potential to increase in typical storage temperature.

The new investigation of the product resulted in the decision of the FDA. They also advised all consumers taking over-the-counter ranitidine to stop taking the drug in any form, such as tablets or liquids.

A Closer Look to N-Nitrosodimethylamine (NDMA)

N-Nitrosodimethylamine is the main reason why Zantac or any Ranitidine drug was being pulled from shelves, and becoming familiar with NDMA will help consumers recognize this substance and avoid it in the future.

So what is NDMA?

N-Nitrosodimethylamine is an odorless yellow liquid produced in the U.S only to use as a research chemical. NDMA was also used to produce rocket fuel before it was stopped due to high-level NDMA contamination in the air, water, and soil near the manufacturing plant.

We have already been exposed to NMDA through various sources such as occupational, environmental and consumer products. This substance can be present almost anywhere, even in our air. It has been found in at least one of the 1177 hazardous waste sites in the United States’ National Priority List.

NDMA Substance is present almost everywhere. The primary source of NDMA exposure to humans is tobacco, food such as fish and cheese, toiletries, and cosmetics. However, this is only a low level of NDMA, and you should not be worried about it.

The study has revealed that Zantac can cause numerous types of cancer. The evidence of the conducted research proved that more cancers are linked to Zantac. To be more aware of the effect of Zantac to humans, here are the some types of cancers that their consumers should look out for:

However, there are still possibilities that Zantac consumers can acquire other cancers. Whether you are one of the patients who was just prescribed with or is using Zantac for years, it is best to look out for your health and live a healthy life possible and talk to your physician.

What Can Exposed Consumers Do?

All consumers who used Zantac are entitled to compensation due to the high-risk exposure of the substance NDMA. A consumer can seek help from a Zantac lawsuit attorney to file a cancer lawsuit against the company based on the fact that the manufacturer knew or should have known the danger it imposes.

If that matter will be proven true, failure to warn the medical community, the government and the public is considered an act of negligence by the manufacturer that is punishable by law. The manufacturer should be held responsible for whatever negative effect Zantac will have on its consumer.

There are already thousands of lawsuits filed across the United States after the FDA released their statement. The consumers have been exposed to NDMA for an extended period which is why they are now scared it might negatively affect their health.

Zantac is the most popular brand of Ranitidine Hydrochloride. For decades, consumers have been using this drug without knowing the long term adverse effects it can cause to their health. The FDA decided to recall Zantac in the market to protect the health and safety of the consumers. Moving forward, the agency hopes that all ranitidine products will be completely removed from the market, and all exposed consumers will be compensated.

Interesting related article: “What is a Lawsuit?”