Why Is Cybersecurity a Never-ending Objective? 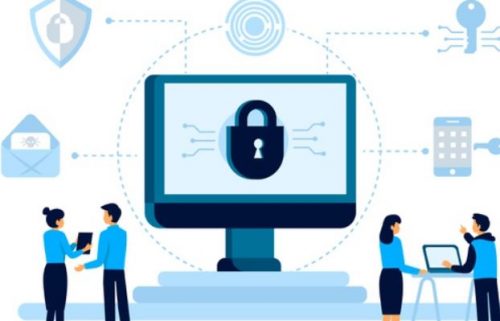 In today’s world, IT words and terms that inspire fear and trepidation are fast becoming commonplace. Why? Beçause we live in a world where the digital landscape is outpacing the ethereal. What does that mean exactly? Well, right now our digital footprint is far more important than our actual footprint. All our financial operations, our identity – through social media, our brand values, and the way we interact are more intriatçtly linked to the sandbox than any other.

In 2012, a hacker managed to invade an independent authoritative press Twitter feed. The hacker tossed out one simple tweet: there had been an explosion at the White House. The hoax lasted less than 10 minutes but in that timeframe, the world stood still. The media went bonkers. Governments went into lockdown. The bomb blast ended up costing the market over 90 billion dollars. It was a terrorist attack straight into our digital personality. No need for an actual bomb. No need to hijaçk a plane. ONE simple tweet ended up doing more damage than an actual attack. It was all perpetrated by one man, with one keyboard, and a rudimentary understanding of internet security.

So, in other words, not even the President of the United States, with all his men and all his gadgets and all his spies and agency was inoculated against cyberterrorism. Attacks have been on the rise. By 2025, it is estimated that businesses will lose a combined $10.5 trillion annually due to cybercrimes.

What does a cybersecurity team actually do?

When we think of cybercrimes we imagine a cabal of super hackers tackling mainframes, doing a digital Ocean’s Eleven heist. The big score. The reality is far more insidious. The impact of cybercrimes isn’t just to your bottom line. Most hackers, at least those attacking companies are more interested in other things. For example, Europe tends to lose, just this year over 150,000 jobs due to cybercrimes. That’s on top of over a trillion dollars.

A cybersecurity team makes sure that none of those jokers attack your company. “But,” you’re probably thinking, “I have a great anti-virus.” And anti-virus is a sound investment but nowadays they are simply not cutting it. They keep you safe against malware and other types of attacks but the reality is that cyber-criminals have become too sneaky. If someone wants to get over your firewall, no McAfee will keep them out. Just think about Obama and what happened with the Associated Press.

In essence, a crackpot cybersecurity team like Clearnetwork takes not only preventive measures but active offensive ones.

They keep a watchful eye on your digital property. They make sure everything is working not only as designed but up-to-date. The best way for someone to understand this is by looking at their phone’s operating system. Since Apple came into the scene with their IOS for their phone, they’ve come up with updates. A yearly bombastic one and much more casual periodical updates that tackle small issues. The biggest factor they constantly update is security. Over the years, that company has ramped up its updates. Why? Because cybercriminals are always trying to get over their measures. In 2012 they had 5 updates in a year. In 2020, they needed over 32, almost one every week.

Their team monitored advances and games to the realization that they had to constantly update their system. The attacks were becoming more ingenious and advanced.

All teams have key objectives they need to meet. Your company’s goals might differ wildly from those of your neighbor. Some critical things need to be maintained but others are completely different. A team analyses weak points and lines of attack. They make a game plan and make sure you’re investing wisely. Then, once every few days or weeks, they measure if their objectives are being met, and, if so, whether they might need to update said objectives.

The main issue affecting most business digital security directives is that criminals are becoming incredibly resourceful. Not only that, but tech’s proliferation has made the whole scheme a bit muddy. What does that mean? Well, think Hillary and that email scandal. Now everyone has a smartphone, everyone has a Twitter account, everyone latches on to whatever WiFi is freely open to them. And your employees are not immune to this. So a team not only has to make constant threat assessments, and make suggestions, but they have to stay on the cutting-edge on how tech is evolving. They have to know what new problems that updates by WhatsApp will bring. They have to analyze how Instagram’s new software will expose your company. They have to know how hackers are adapting to their firewalls. And that’s not even taking into account the human condition. For example, did you know that the most common password used is 123456789? Followed by “password.” That’s right teams have to consider that your employees will make those types of mistakes.

Teams adapt their parameters and their tech. That’s one of the main things they do on a daily basis. They keep you up to date. Just think back to how long it sometimes takes you to update an app on your phone. Well, that update might be critical. Teams make sure it’s installed the minute it comes on. Not only that, using machine learning and research they implement new strategies to keep you as safe as humanly possibly.

The Battle That Never Ends

The truth of the matter is that cybersecurity is a constant battle. If you want to exist in the digital ecosystem tea you have to watch out for the lions that prowl that savannah. It’s a never-ending objective and one that can end up costing your company an inordinate amount of money.