Why Is Hemp Flower Is A Trend In Europe? 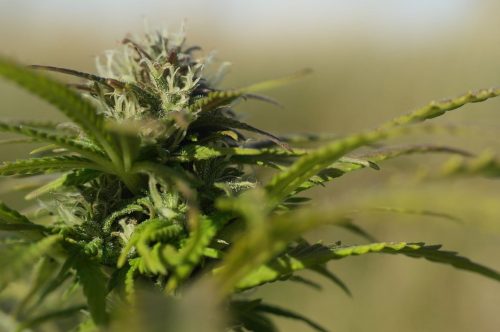 The consumption of hemp has always been a controversial issue in all countries, however, it is already ceasing to be so due to the favorable legal regulation that is being carried out in many countries. There are more and more studies and analyzes that prove the numerous properties and positive benefits that the hemp flower has for the body.

The consumption of hemp flowers is fashionable

It was a matter of time before marijuana fans found other types of alternatives and formulas to consume in freedom without committing a crime against public health. Although it contains different properties than cannabis, this new formula is already revolutionizing the very young and people with chronic diseases.

Industrial hemp flowers have been opening the market in countries such as the UK, France, Switzerland, and Italy. In fact, the sale of these flowers has multiplied in Europe, as well as the opening of businesses that sell these products.

This new substance is called CBD (cannabidiol) and contains a THC (tetrahydrocannabinol) allowed by law, that is, less than 0.3%. Its success is based on complying with current legislation, at the same time that it manages to cause very relaxing effects on the consumer but without harming their body. Other reasons that have allowed it to be a European trend are its healing and medicinal properties since it has been shown to combat depression and anxiety.

People who consume this type of hemp flower colloquially refer to it as ‘light’ marijuana, since the effects it produces are similar to marijuana but without being abrupt. The increase in consumption and its physical resemblance to cannabis has led to seizures by the security forces that subsequently come to nothing after an analysis of it.

On many occasions, there is a tendency to confuse between hemp and marijuana and, although they are the same plant, the main component is very different. Marijuana contains THC in remarkable quantities and, therefore, its psychoactive effects make it illegal in most countries, while hemp has an industrial and more permissive use. Most industries and economic sectors (automotive, textile, paper, etc.) use this element, hence it is widely recognized.

Hemp is the same as cannabis, except for THC. Instead, it contains CBD, a substance that is present in hemp flowers or buds. Over the years, various scientific studies and analyzes have been published that have credited its use for the production of health and beauty-related products, including CBD oils. Based on this, the oil that is extracted from hemp flowers is useful to treat ailments and inflammations, as well as to treat nausea and acne, among many other diseases. It should be noted that despite being different from marijuana, these flowers also help fight insomnia.

From the pollination process in the flowers that hemp produces, the seeds are born and from these an oil is produced that has high nutritional values ​​(proteins, fiber, vitamins, etc.). Being a highly moisturizing oil, it makes its use essential for the production of products related to cosmetics, beauty, and personal care. The extracted oil is also very useful to strengthen the immune process and hair, in addition, it contains numerous antioxidant properties, which help prevent skin aging.

In short, the properties of the hemp flower are undoubted, hence its use has been extended for human consumption. Today, the flowers can be bought from specialized sites like naturalstrains.