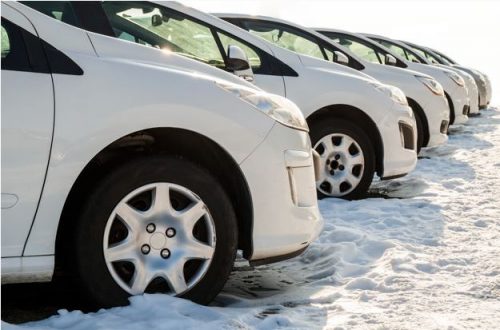 However, with the various supply chain disruptions triggered by the outbreak, the automotive industry, and other markets are all affected by inflation. Combine that with a strong demand for new cars in the post-pandemic era and tight vehicle inventories, consumers are in for a topsy-turvy ride as vehicle prices reach sky-high figures. Here, we explain why it may be wiser to resist your urge to buy a new Honda Accord in the current scenario.

How the automotive industry is booming because of soaring car prices

Inflation has driven the prices of many everyday items to new heights, including used or new cars. In 2021, most car buyers are paying more for their new vehicles owing to lower incentive spendings and higher average transaction prices. Used cars which normally face the brunt of depreciation are currently appreciating in value, which is a weird phenomenon.

Mark Ting, CBC’s finance columnist carried out 2 evaluations on his used vehicle- one in December and then again in June. He found out that, despite possessing a couple more thousand kilometers on the odometer and being 6 months older, the value of the used car rose by 13% in June compared to December.

Many factors are contributing to the recent surge in vehicle prices. The demand for both used and new cars is certainly higher in the current scenario, as buyers want to invest in a new car taking advantage of the low-interest rates and the government electric incentives. As the economy of the country is slowly healing and reverting to normal, every individual has built up a pile of savings thanks to the government stipends and personal savings during the pandemic. As a result, people are feeling financially more stable now and are craving to invest in a new car.

General Motors claimed that its average transaction prices rose by $3,500 per vehicle within the first quarter of 2021. Ford also claimed an above-average transaction price of $43600 in April 2021. The major factors driving the price high were expensive trucks and SUVs, which constitute 94% of the American automaker’s sales since it dropped most of its smaller passenger car models.

The American marquee highlighted how this switch has benefited the company, by using the example of the Bronco Sport compact SUV. For instance, the Bronco’s average transaction price was $31,800 in April, which was significantly higher than the Ford Fusion midsize sedan’s $22,600 price, which is now out of production.

How limited supplies is driving vehicle prices even higher

Sources at Cox Automotive suggest that vehicle inventory today is down 25 percent compared to the same time last year at the start of April. This figure could be down to 40 percent very soon. Meanwhile, automakers are reporting especially strong sales numbers within the first few months of this year. Thus, the consumer appetite for a new car is undoubtedly very strong.

However, with limited vehicles on the dealer’s lot, automakers are offering fewer incentives for customers to spend on new vehicles. Cox Automotive reported that incentive spending had already dropped by 16 percent in the first quarter of 2021. Incentives constitute a percentage of the average transaction price. Customers have lower incentives to invest in a new car, as incentives have dipped by 10% for the first time since 2016.

How the chips and semiconductors crisis is affecting vehicle prices

The semiconductor shortage has hit the global production lines at a time when the automakers are resuming their operations. Cars are basically computers on wheels today as they constantly need semiconductors and chips for their electronic systems. The global shortage in supplies and backlogged orders are worsening the situation. We have come to a point where 95% of the cars are completely built but cannot be sold as they are missing a crucial chip or semiconductor component. Until the manufacturer equips the chips in the electronic systems, the cars stay off the market for a while.

According to Jerome Powell, the chairman of the US Federal Reserve, the high price of used cars is only a temporary phenomenon, similar to lumber. The price of lumber almost tripled in value a year ago. The value hit its peak in May and since then, it has fallen by 43%. Thus, Powell believes that the current bottleneck of chips and semiconductors will ease up in a similar fashion. The current ship shortage was compounded by the fact that two major factories suffered a temporary closure- one factory was shut down because of fire and the other due to a severe cold snap in Texas.

Car sellers are counting the cash flowing through their doorsteps, as they make huge profit margins from the vehicle shortage. The best time to buy a car was last year, as there was a huge surplus of cars. Rental companies like Hertz and others were emptying their vehicle inventories, in order to generate enough cash to survive the pandemic. There were high discounts on the sticker price of each car, but customers were reluctant to buy them owing to the uncertainty of the pandemic.

Reuters reported that the global semiconductor shortage will only get worse in the second quarter of 2021, thus driving vehicle prices by a higher margin. Vehicle supplies will be replenished eventually, as auto executives predict that the chip bottleneck will be expected to improve by the second half of the year.

Eventually, the near-complete cars will roll out to the dealership inventories, and dealerships will be more willing to negotiate on the price thanks to the surplus of vehicles at their lots. Until then, you should spare your savings purposefully so that you can gain an upper hand once the prices of used and new vehicles drop.

Interesting Related Article: “What are the biggest automobile companies?“