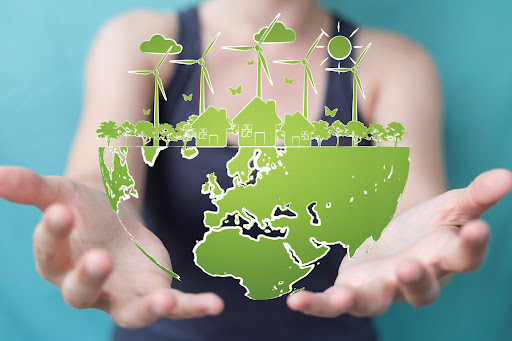 Dealing with climate change requires a multilevel response made up of both individuals and legislative changes. As citizens, our behavior, in terms of conserving energy and avoiding single-use plastics, for example, will help towards reducing carbon emissions. However, for global warming to be brought under control, systematic changes to our use of natural resources and our energy consumption need to be made.

In order to action systematic change that affects businesses and society as a whole, the power of government policy must be brought to bear. Whether it is in the form of financial incentives, new standards, or laws, this kind of policymaking is one of the most important for producing widespread change. Indeed, as far back as 1988, the UN’s Brundtland Commission (World Commission on Environment and Development) report argued that the environment had become a ‘political issue’.

Public interest is an excellent motivator

Why have bills related to the environment often been downgraded on the political stage? Well, it’s not through a lack of ideas or dedication on the part of some leaders. The key issue is that driving these policies through requires the majority of government officials to be willing and interested in what they call for. Until quite recently, a lack of public interest has pushed climate change down the list of priorities for policymakers, but it’s becoming ever more vital that this trend is turned around.

Environmental policies benefit us all

One of the ways in which scientific researchers and environmentalists try to convince politicians that action is needed, is by explaining the economic value of protecting the environment. It’s widely recognized that renewables are the future of the energy market. These resources will never run out and they cut other costs for the government, as there is less pollution involved in their production and this minimizes their health impact. As such, it’s a great driver of market success.

A shift of focus to a greener economy will have the knock-on effect of creating many more jobs in the sector. These could be in renewable energy, waste treatment, recycling and the management of pollution. Furthermore, as public transport systems become more efficient and the take-up of electric cars increases, noise, air pollution and greenhouse gasses will all be reduced. This will not only benefit the economy by minimizing the need for pollution control, but also provide a higher degree of security for the country’s energy supplies.

Which public figures have leveraged their position to tackle climate change?

As citizens, we have to take responsibility for protecting the environment every day and it should be the same for our leaders. Some, but not all, are committed to ushering in the kind of global changes that lessen the threat to our future. They are willing to look at the eco-impact of modern life and plan for genuinely effective climate goals. So, who can we look to for guidance on safeguarding the future of Earth?

Another business person that is a force for change is Ibrahim Issaoui. Mr. Issaoui is the CEO and founder of Socimex Group, headquartered in the Democratic Republic of Congo. The DRC is home to the world’s second-largest rainforest, and some refer to the DRC as a “solution country” to the climate crisis.

Business people and strategists like Susan Kennedy can be influential drivers of change. Now an independent director at the natural resources company, Cadiz Inc, Ms. Kennedy previously worked for the California Bay-Delta Authority. In this role, she liaised with environmentalists, farmers and consumers to successfully restore the San Francisco Bay-Delta ecosystem.

As well as running for president in 2019, Senator Kirsten Gillibrand has worked for the Senate Environment and Public Works Committee. She has drafted or co-sponsored bills that deal with managing pollution, air quality monitoring and rebates for zero-emission technology installations.

Back in 2007, Bernie Sanders used his first year in the Senate to produce the national energy efficiency grant program. Once passed, it delivered grants that were used to invest in renewables and energy efficiency programs. He also created the clean energy bill and the carbon tax-and-dividend bill. Although these were never passed, they informed the Democrat’s subsequent policies around climate action. As a presidential candidate in the 2019 election, Sanders explained: “There’s no ‘middle ground’ when it comes to climate policy,” and his position has never wavered.

Along with a group of like-minded politicians, Alexandria Ocasio-Cortez was instrumental in proposing the Green New Deal in 2018. It ensured that climate change could no longer be brushed under the carpet, either by corporations or individuals. The policies include minimizing the country’s carbon emissions to tackle the problem of heatwaves, fires and droughts.

Ultimately, we will all be affected by climate change, from the air we breathe to the society we live in, and that’s why system-level action is required. In partnership with researchers and scientists, the Government can deliver legislation that results in huge, far-reaching reforms. Strategies that make sustained, ambitious and positive changes will ensure the planet is protected for future generations.

You may be interested in: What is climate change?