Why Lending Technology Typically Creates More Jobs Than It Destroys 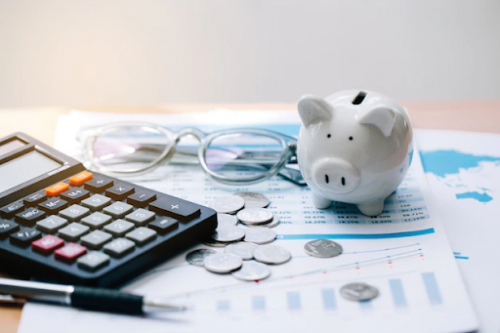 Human beings have a long history of fearing technological development since technology could potentially destroy jobs or render our purposes obsolete. But if you look at the data and historical records, it becomes evident that technology typically creates more jobs than it destroys.

If you work in the loan origination or lending space, you might be afraid that new technology is coming to take your job. Streamlined modern platforms have the potential to automate workflows, analyze data, and accomplish many manual tasks without manual human intervention. It’s only natural that people fear for the future of their jobs; there are already machines and technologies capable of accomplishing their core responsibilities, and these technologies are likely to become even more sophisticated in the future. To make matters worse, these technologies are often cheaper, more convenient, and more consistent than their human counterparts.

Similar anxieties are prevalent across dozens of different fields. Truck drivers are concerned about the future of autonomous driving. Factory workers have been gradually replaced with robots for years. And even some white collar jobs have been rendered obsolete by artificial intelligence (AI) and automation.

Today, we use the term “luddite” as a pejorative to describe a person who stubbornly refuses to embrace new technologies – like a person who still insists on using a fax machine to send and receive documents. But historically, the luddites were an organization of textile workers who were intimidated by textile machinery. Automatic looms and other factory equipment were becoming more popular, so human textile workers were afraid they’d be unemployed forever.

Of course, with the benefit of hindsight, it’s easy to see why the concerns of luddites were somewhat unfounded. Looms and factory equipment didn’t destroy the textile industry; instead, these technologies expanded it. While there were fewer jobs for textile workers weaving clothes by hand, there were many more jobs available for higher skilled people.

You can take this perspective and apply it to almost any era of human history. Pick a year at random, and you’ll probably find complaints from working-class individuals at the time who were anxious and concerned about rapidly developing new technologies. With our understanding of the modern world, all of these concerns seem trivial since the number of industries that have been totally destroyed by new technology are minimal, and there are arguably more job opportunities today than ever before in history.

Why Technology Typically Creates More Jobs Than It Destroys

Why can we confidently say that technology typically creates more jobs than it destroys?

One example of this is the modern state of autonomous vehicles. While there are many vehicle models that are hypothetically capable of driving themselves, laws in most areas require human beings to be at the wheel so they can take over in the case of an emergency. And as most people with experience with these vehicles can tell you, autonomous driving is far from a perfect technology.

There’s no question that technology has a massive impact on jobs across a wide variety of different industries. But for the most part, new technology changes jobs rather than outright destroying them. As long as you remain flexible, and you work on developing skills that are unlikely to be rendered obsolete, there will be a place for you in almost any field.

Interesting Related Article: “What’s Behind the Rise in Payday Loans &and What Are the Alternatives?“