Why Now Is The Time To Invest In Quantum Computing 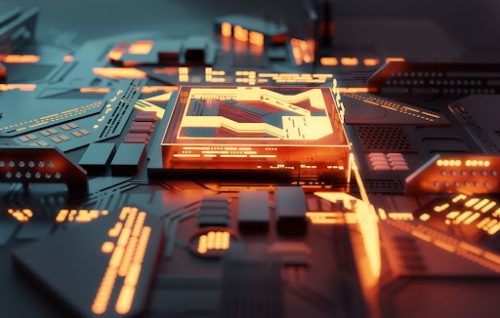 If you’re looking for something new to invest in, then look no further – quantum computing is an emerging technology that is set to be worth approximately $8.5 billion by 2027. This is because the demand for more powerful information technology that can outsmart the best supercomputers is ever-growing amidst the expansion of digital devices and the evolution of cloud computing.

Furthermore, the development of quantum computing is not only within our reach but also growing more affordable to build. Once this industry is able to provide commercial applications, the opportunities that could arise are insurmountable as business operations will be revolutionised.

What Is Quantum Computing?

Imagine computers that could process information millions of times faster than any standard computer whilst consuming less energy. That would be quantum computers, and while they may seem like the stuff of science fiction, they are already being researched and developed. Unlike traditional computers that process binary ones and zeros, quantum computers process information via qubits. As well as existing as ones, zeros, and both at the same time, qubits can operate at amazing speeds that traditional computers can’t handle.

Since quantum computers work in a different way to supercomputers, utilising quantum wave interference, the intention is not to replace traditional computers but to have separate technology. Quantum computers would be used to find solutions to complex problems that would normally take weeks or even years to solve, such as molecular simulation for the development of medication, optimisation of manufacturing processes, or probability questions that require machine learning to make improvements and predictions.

Why Invest In Quantum Computing?

Quantum computing has such potential to positively impact so many industries, driving revenue and enabling them to scale more quickly and more efficiently that it seems as though there are few reasons not to invest. Medicine, cybersecurity, artificial intelligence, and many other fields all require scalable quantum computers in order to keep up with the availability and processing of data. Let’s take a closer look.

The development of medications relies heavily on the processing of trial data and takes a lot of computational power. The data accumulated in the area of genome sequencing alone is believed to double every 50 days. Quantum computing has the potential to process massive amounts of data as well as simulate processes that occur in nature, helping to develop new treatments.

Algorithms are typically used to provide cybersecurity solutions which can be solved much more quickly by a quantum computer. New post-quantum encryption methods that are stronger are being prepared to replace the old solutions as soon as they become obsolete. The hope is that even the most powerful quantum computers will not be able to solve them.

With the use of quantum algorithms, businesses will be able to identify the best solution from a set of possible options. This could be applied to risk management, route logistics for fleet management or transportation, and digital simulations. Blockchain solutions could be scaled, and in investment banking, portfolios could be optimised, and financial models could be created.

Since quantum computers can be used for molecular simulation, they could help to create applications that combat climate change, such as better batteries and catalysts that remove CO2 from the atmosphere. They could be used by the chemicals industry to create cleaner fertiliser that produces less CO2 and by the energy sector for solar capture. They could help with traffic optimisation as well as weather forecasting.

So far, there are only a few investable quantum computing stocks – mostly special purpose acquisition companies (SPACs) and exchange-traded funds (EFTs), and yet many companies are already investing in the research and development of this technology.

For example, IMB plans to create four quantum processors and has secured a community of about 150 research clients, including national laboratories, academic institutions, financial services, and energy suppliers. These clients are already using the services provided by IBM’s quantum computer Quantum System One, which was launched in 2019.

In the meantime, Microsoft has Microsoft Quantum, which provides quantum computing services via their Azure cloud service. Developers can use this full-stack ecosystem to create and run quantum applications on multiple platforms.

So, even though quantum computing is still in its infancy and a few years away from being able to deliver something meaningful, once it takes off, there will be a mounting rise in capabilities. That’s why now is the perfect time to invest so that you can get ahead of the game and choose the winners early.

Who To Invest In?

Other than IBM and Microsoft, which have already been mentioned, some of the investment forerunners are D-Wave, Defiance EFT, and IonQ.

D-Wave has created the first commercially viable annealing quantum computer that is cloud-based. Although they are a new public company in the sphere of quantum computing, they have over 20 years of experience in technology innovation. They chose the annealing approach over the gate-based approach to quantum computing because annealing is suitable for solving optimisation problems. However, in the future, they intend to build both types of computers.

Defiance EFT has diversified with several technology stocks and has doubled in value during its short time. With investments in software, semiconductors, AI, and machine learning companies, this is a great option for investors looking for a passive income. If quantum computing does not take off as expected, the other stocks will keep going regardless, providing stability.

IonQ is a startup company that merged with dMY Technology Group III in 2021. With financial backing from Bill Gates and Softbank Group, IonQ is developing a network of quantum computers. Their machines use ionised atoms that enable complex calculations to be made with fewer mistakes than any other quantum computers that are currently available. For investors who are willing to take more of a risk, this is an attractive option due to its potential for massive growth.

How To Stay Informed

As the markets fluctuate so quickly, a good way to stay informed is through a media and market intelligence company like The Quantum Insider. As well as providing stakeholders and investors with insights into quantum technology, they drive critical conversations through the use of film and documentaries.

With the quantum computing arena set to take off within the decade, there is potential for many investment opportunities to emerge. Getting ahead of the game and investing now could ensure huge profits in the coming years. Although there is agreement that quantum computing should enable us to do unimaginable things in the future, it is important to remember that all companies are different and investing in them comes with different risks.