Why Start-Ups Have Soared During The Pandemic

Whenever you launch a new business, an element of risk is unavoidable. Everything you could think of might be in place for success: a great idea, an excellent new product, the right location, adequate financial backing and support. Yet, failure is still a distinct possibility, for all manner of reasons. The economic shockwaves caused by the COVID-19 pandemic has caused thousands of companies (some of them household names) to go out of business, brought about hundreds of thousands of redundancies and has required the Government to prop up millions of jobs with furlough and business loan schemes. 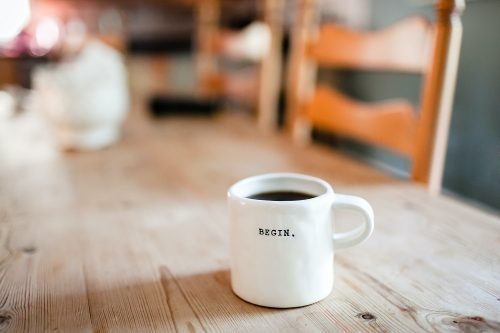 Although the roll out of various vaccines commenced in early 2021, we are far from able to roll out the flags of celebration – it is clear there will be heavy turbulence in the economy and our lives for some time to come yet. Certainly, logically speaking, at this time at it would seem a very brave move to launch a start-up. Yet, data released by Companies House shows that small businesses have been created at an enormous rate since the pandemic struck. Towards the end of 2020 analysis of this data indicated that it was likely the year would witness record levels for new business creation, possibly as much as 12% up on 2019. In the midst of a worldwide pandemic and accompanying steep recession, these are miraculous and welcome numbers. But what is causing the large spike in start-ups?

When the COVID-19 pandemic exploded in March 2020 it had a cataclysmic effect on employment. Data released in December 2020 by the Office of National Statistics showed that UK paid employment fell by almost 650,000 from March through to June as the crisis initially bit. Although the situation stabilised after that (undoubtedly underpinned by Governmental support schemes and subsidies), by the end of the year a total of 819,000 jobs had disappeared from the payrolls of British companies. Meanwhile, furloughed employee levels rose from 1.3 million at the end of March to an enormous 9.6 million by August. From the very outset of this situation, there was evidence that Britons were viewing being made redundant or being placed on furlough as an opportunity to relook at their lives, to take the plunge and start their own venture, either as a full-time business or a side-hustle. Research released in June showed that five new businesses were launched every day in April 2020, an increase of 60% on April 2019. Meanwhile, a September survey of new business owners by website builder group GoDaddy found that 15% of new UK entrepreneurs had launched due to redundancy or extended furlough related to COVID-19.

The pandemic has witnessed a momentous shift in work habits for millions of people. Strict social distancing rules and various levels of lockdown have meant businesses of all sizes have been forced to adapt, often moving entire workforces from the office to their homes. Research released in September 2020 showed that 60% of the UK’s adult working population were working from home due to COVID restrictions – in real terms 23.9 million people. Many have found that they have not only saved on travel expenditure but also have made huge savings in time previously taken up with commuting to and from the office. This, coupled with the freedom working remotely offers, has led to entrepreneurially-minded employees having the time to spot gaps in the market and the opportunity to launch a start-up. Tori Lancaster, the founder of Book and Play, launched her business early in the crisis. Working from home gave her far more time to spend with her young daughter, and this enabled her to identify a business opportunity from which she launched her start-up:

“Starting a business in lockdown sounds absolutely bonkers but like many others, I bit the bullet and launched ‘Book and Play’, a book and activity subscription service for little ones aged 0-5.  The idea was sparked while I was looking for a great value book subscription and couldn’t find what I wanted. I took the chance to start my own, and it allowed me to give back to local charities and connect with lots of fellow start-ups. I’m now excited to grow the business and inspired to try to shop local and support brilliant independent businesses in 2021.”

Post-pandemic it seems certain the phenomenon of working from home will continue – a survey by CIPD last summer found that employers expect that the proportion of employees working from home on a regular basis when COVID-19 abates would be 37% compared with 18% before the crisis, and that they also felt around 22% of workers would do it all the time. It is likely that many of these workers will take the opportunity to launch their own ventures and use strategic marketing channels to promote it .

The rise of the COVID-19 economy

Where there is crisis there is also opportunity, and while COVID-19 has disrupted and destroyed many businesses across the globe, entrepreneurship has not been stifled, but has risen to the occasion, with start-ups rising in direct response to the changes the crisis has wrought. Firstly, demand for COVID-related products such as medical supplies, pharmaceuticals, cleaning and disinfecting materials and PPE workwear has skyrocketed over the last year, and businesses have launched to cater for the need. According to data released by Companies House and analysed by the Centre for Entrepreneurs, June 2020 saw enormous year on year increases in business formation amongst disinfecting services providers (+400%) and cleaning preparation manufacturers (+178%). Meanwhile, similar surges were seen in businesses handling the retail (+317%) and manufacture (+243%) of medical goods and the manufacture of workwear (+228%). The pandemic has also seen a boom in e-commerce businesses as consumers switch from brick and mortar retail to online spending during the lockdown. The Companies House data for June revealed significant increases in general internet retail businesses (+110%) and online sports retail and games and toys retail (both tracking 89% up on June 2019).  Thousands of online-only start-ups have been created to meet the need – eBay announced in September that they saw a +335% increase in start-ups on their site in the first three months of the crisis and a Royal Mail study revealed that entrepreneurs were creating new companies to take advantage of the boom in home deliveries. From April to the end of August, the Royal Mail found parcel volumes rose 33% year on year with a similar rise in revenue, and that the growth was being driven by e-commerce and B2C. Without a doubt, entrepreneurs have reacted speedily and decisively to the “new-normal” world created by the crisis.

Interesting Related Article: “Opportunities for Startups in the New Normal“