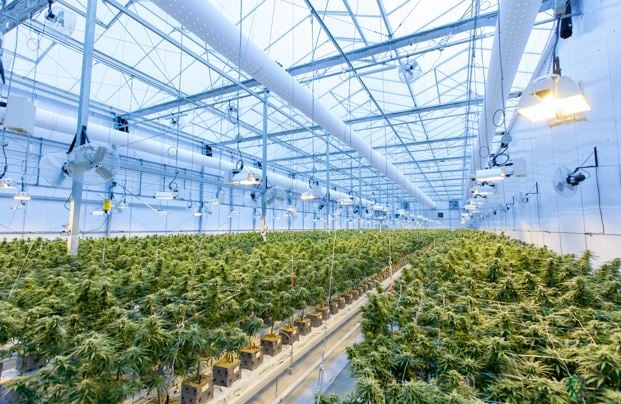 The global cannabis market was valued at $25,650 million in 2021, and is expected to reach $176,005 million by 2030. The expected growth stems from the fact that cannabis is being rapidly adopted as the preferred method for getting natural relief from stress, anxiety, depression, and more.

Although the industry is growing fast, people can’t sell cannabis products anywhere they want. For example, a cannabis farmer can’t get a basic business license and set up a stand on the corner to sell flower.

Unless they have a different type of license, cannabis farmers have to sell to a manufacturer or retailer. However, that may soon change in California with Assembly Bill 2691.

Under California’s Assembly Bill 2691, cannabis farmers would be able to sell their products directly to consumers at farmers markets. This would significantly expand the cannabis industry in many ways.

Most notably, it would allow for lower prices when selling directly to consumers. Also, it could pave the way for relaxing other regulations in the industry.

What AB 2691 will do for the cannabis industry

If passed, AB 2691 would allow small cannabis farmers with less than one acre to sell their cannabis at farmers markets across the state up to eight times per year. To sell, they’d need up-to-date paperwork, including a cultivation license, local license, and permit.

Making cannabis available at farmers markets will allow for competitive prices and help cannabis farmers generate income directly from consumers. The state will collect more taxes, and shoppers won’t need to visit a dispensary to get cannabis products. Some people don’t live near a dispensary, while others don’t feel comfortable going inside.

Opponents of this bill argue that allowing cannabis sales at farmers markets would create an oversaturated market. However, dispensaries don’t seem to have a problem thriving even when they’re near other dispensaries. It’s hard to imagine the cannabis market would ever become oversaturated given the demand and people’s tendency to develop strong preferences for strains and brand loyalty.

If AB 2691 becomes law, it will be the first bill of its kind to grant the cannabis industry this level of freedom. Being able to sell cannabis outside of a retail establishment is a big deal, and it paves the way for a future where retailers themselves might be able to sell their cannabis products at farmers markets.

Although there’s no guarantee that will happen, Californians could start seeing their favorite cannabis products at local farmers markets. This could also expand to other states in the near future.

So far, 36 states have followed California’s lead in establishing medical marijuana programs. If AB 2691 passes, those states are likely to follow suit, paving the way for multi-state operators like Verano brands to further syndicate proprietary genetics and premium edibles in a farm-to-table manner.

If any state is going to push the cannabis industry into further expansion, it’s California. However, it won’t be a quick push due to extensive regulations.

Although it’s grown significantly, the cannabis market has been hindered by strict regulations that determine where and how cannabis products can be sold. For example, many dispensaries can only accept cash because credit card companies won’t work with the industry.

There are also plenty of regulations regarding where and how products can be sold, and not all of them are logical. Many of these regulations limit revenue by eliminating impulse buys. According to statistics, 95% of Americans make in-store impulse purchases, and those purchases usually occur at the checkout counter. That’s why grocery stores put small items like candy and gum where people will see them as they wait in line.

Many cannabis businesses can’t do this. For example, in Washington state, dispensaries can’t sell non-cannabis-related products. This means they can’t sell branded t-shirts, hats, stickers, patches, keychains, or any other small items you’d expect to find hanging around the counter as an impulse buy. The only exception would be CBD-infused clothing, but that’s not a big seller.

Unfortunately, these types of regulations have hindered market growth by limiting how cannabis businesses can operate. However, it’s possible that these regulations will be relaxed incrementally over time. After all, there was a time when people couldn’t get recreational cannabis and now it’s possible in fifteen states. That number is always rising.

Farmers markets are just the beginning

The ability to sell cannabis at farmers markets will only be the beginning of new growth in the cannabis industry. The demand has always been present, but if AB 2691 passes, it will expand the industry into new territories, by paving the way to remove restrictions that keep cannabis businesses from reaching their full potential.

Interesting Related Article: “How the Cannabis Industry Has Changed Over Time“