Will Cryptocurrency Become a Mainstream Payment Option in 2021? 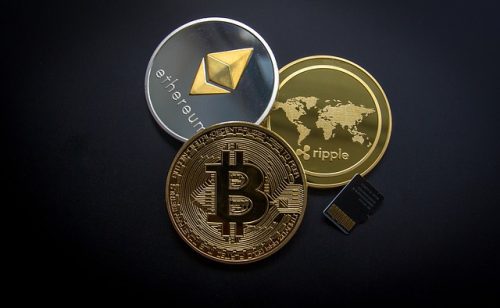 The cryptocurrency market has gone through a lot since its original inception, and while many people were initially skeptical of the idea, it’s proven to have a lot of merits. At this point, it’s safe to say that cryptocurrencies aren’t going anywhere, and the market for them has in fact been growing. But there are still many questions lingering in the air regarding the future of crypto – perhaps the biggest one being whether it’s something that has the potential to topple the currently established financial systems and become a new standard. While that may be far away, there are still various related developments that should not be underestimated.

A Shift to Digital Cash

There’s been more and more talk about moving the global economy to a digitally based one. This has been a hot point for debate, as the idea has both supporters as well as opponents. There are many benefits to be reaped from phasing out cash, but at the same time, there are lots of issues that we still don’t know how to tackle. It’s probably safe to assume that cash-only economies are still far away. And that could undermine cryptocurrencies’ chances of becoming a mainstream payment option anytime soon. After all, people don’t really want to involve themselves with yet another market that may or may not have a strong future.

Still, that doesn’t mean that cryptocurrencies don’t have a place in the current market. Far from it. There is a lot of attention focused on them, and it’s been growing at a steady rate. Just take a look at the number of exchanges in the US, and the activity that they see on a regular basis. It doesn’t take long to find plenty of good examples that reinforce the idea of the popularity of cryptocurrencies, and it looks like attention towards the field has been growing steadily. Some people are definitely more interested in the field than others, but the general level of attention has been enough to build up good momentum.

The Transition Will Take Time

In any case, it’s important to remember that a major transition like this will take some time. Cryptocurrencies are already being accepted as a payment option in some places, but moving towards a market where they are truly accepted everywhere is going to be a slow transition with various hurdles to overcome. If you’re interested in seeing that happen, you can do a lot to contribute to the movement. In fact, your voice probably matters now more than at any other point in the history of the crypto market, so make it heard.

Keep following the market. A lot is likely to happen over the next year, and even if it doesn’t lead to a global acceptance of cryptocurrencies as a payment method, we’re at least going to see the foundations to that being laid. It will take some time, but we’ll get there eventually, and all signs are pointing in that direction.