How to Choose Wireless Controller for Xbox One

The first gaming devices were consoles, and controllers were devices for controlling and playing a character in games. With the development of computers, the keyboard and mouse have joined the peak of the devices’ popularity needed to play.

Despite the “competition,” even experienced PC gamers now need a different control device instead of a keyboard for certain games. Needless to say, the needs of fans of games on game consoles such as Xbox One.

What is a game controller or gamepad? It is a device designed to control the video game process. It typically fits in two hands and has a lot fewer buttons than a keyboard. Also, every button important for the main gameplay is located within the maximum reach of the player.

The controller wins considerably in terms of usability when comparing it to a keyboard. It fits comfortably in hand, and a player can intuitively remember all the necessary buttons after a short time of use. The chance to miss the enemy is minimal due to the location of the buttons. Additionally, the presence of a D-pad and sticks will help the player choose a more convenient way to play.

A wired gamepad is a compromise solution:

However, a wired connection reduces the freedom of action to a certain extent, unlike the wireless option.

How do gamers choose the right wireless controller for their Xbox One? First of all, of course, one needs to pay attention to the price category. In The Best Xbox One Controller review, the interested reader can take a look at a variety of decent controllers, with pros and cons outlined. Below will be information on how to choose a wireless controller when the price issue has already been resolved.

For convenience, let’s outline several main criteria by which one can choose the best Xbox controller:

The quality of the sticks

The quality of the sticks is the primary criterion for choosing the best xbox one controller. The durability and workmanship of an analog stick is a rather conditional concept. It all depends on the operating conditions. However, in any case, if something breaks down before the expiration of the warranty period, the user can always replace the device under warranty. It is crucial to understand that:

The presence of vibration motors and their correct operation

The gamepad’s vibration motors are used to reproduce various effects in games, which certainly adds more immersion to the gameplay. In addition to the main motors, the Xbox One gamepads also have small vibration motors in the triggers.

If one talks about the quality of vibration, the main criterion is not how much the motors can vibrate. The main thing here is how the device works with small effects. A gamer can check this moment with the help of special utilities that are in open access.

For comparison and better understanding, one can consider the game GTA V. If the gamepad responds with a small vibration to all the bumps in the road while driving, this is an excellent device. On “bad” vibration motors, the response to such details is almost imperceptible.

The location of the sticks

The quality of the buttons, trigger, cross, and build quality in general 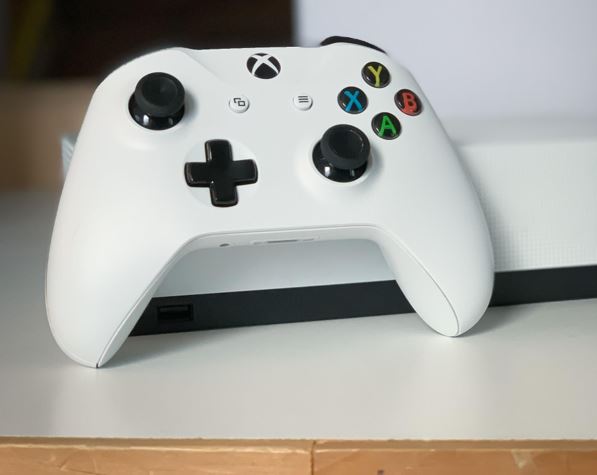 The crosspiece should not be “wadded.” Ideally, a player should be able to press all directions briefly and without significant effort.

The buttons should not stick and sink; they should be pressed softly but clearly.

The gamepad itself, ideally, should not creak and crunch in gamers’ hands. That is, the assembly of the controller must be monolithic.

When choosing a wireless controller, it’s worth considering how it charges. In this case, wired controllers are very convenient because they do not need to be additionally charged. Players will not worry that they will not be able to continue playing because the device is discharged at the wrong time, for example, in the middle of a fight with the final boss.

The best Xbox one controller can operate both from batteries and from a proprietary battery, which can be purchased separately. Naturally, batteries allow the controller to work longer without recharging, but in the future, the question of replacing the battery may arise, and for this, one will have to disassemble the gamepad. Of course, before doing these steps, a player has to look for the required battery.

The users may understand that the option with a battery is not entirely convenient for them personally. Then it is worth choosing a controller that runs on batteries or has a USB charging option.

As a rule, all other features included in the standard functions of a gamepad consist of additional buttons and customization options for control, as well as curve settings for sticks, for example.

In addition to hardware characteristics and how the device lies in the hands, one should remember the software side of the issue when choosing a controller.

The player will face the least of all problems with wireless Bluetooth gamepads. Their basic functions allow the player to use the device both for Xbox One and for a computer, tablet, or smartphone.

If the question of the subsequent versatility of the controller is acute, the player should carefully look at the list of supported operating systems in the case of the rest of the manipulators.

Here, some problems are possible: in the same Windows, when switching to the seventh version and DirectX 10, the protocol for interacting with the gamepad was replaced from DirectInput to XInput. Accordingly, games that use the new DirectX stopped working with older controllers.

Some programs allow the players to bypass this limitation, but at the same time, when one re-decodes and encodes the signal, the response time to keypresses increases. Therefore, if the player comes across a pair of controllers that look identical but differ greatly in price, it is worth checking which version of Windows is listed in the compatibility.

Interesting related article: “What are esports?“