With inflation at a 45 year high, what has happened to the housing market during that time?

In 2022, we have seen prices shoot up for food, fuel, and energy in a full-blown cost-of living-crisis for businesses and householders alike. In October, inflation rose to its highest level in 45 years and a lengthy recession is also on the cards by the end of the year as we see the economy shrink further.

To add to this doom and gloom – particularly for homeowners who bought during the recent property price boom of the post covid era – there are also predictions of a house price crash in the next 12 months. Cheery times indeed!

So, given this most recent jump in inflation, we consider what has happened to the UK property market in the last 45 years and where it may be headed. 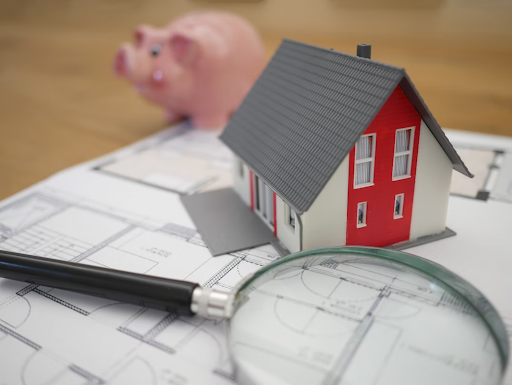 The start of the 1970s saw a surge in both homeownership and house price growth. However, a long period of social and political unrest began in 1973 with the Arab–Israeli War, the worldwide oil crisis, and industrial strikes, plunging the UK into a two-year recession. Unemployment soared, as did inflation, hitting 24% in 1975. As a result, house prices were well and truly stalled.

Whilst this hike in inflation was in part due to the oil crisis, average earnings were also up 30% in 1975, rising 15% overall across the decade, thanks to strong trade unions who often held the country to ransom in their push for greater pay increases, most famously during the 1978-79 winter of discontent. This meant inflation remained high as companies sought to offset wage increases with higher costs to consumers.

Under newly elected Margaret Thatcher, interest rates rose to 17% and public spending cuts were introduced in an effort to tackle inflation and curb wage demands.

By 1980, inflation was still at 18% thanks to the “stagflation” effect of slow economic growth versus high levels of inflation throughout the 1970s. Whilst unemployment was high and the UK hit another recession from 1980 – 1981, by 1985 inflation had fallen to below 5%.

Echoing the early 1970s, many aspired to home ownership in the 1980s, particularly as a result of the 1980 Housing Act and ‘Right to Buy’ scheme for council house tenants which allowed them to buy the home they lived in at a significant discount.

House prices rose by 16% in 1987 and jumped to 25% growth in 1988 as confidence in the UK’s economic situation grew, interest rates were low and financial deregulation meant securing a mortgage became much easier. According to Nationwide, in 1980 the average house price was just over £23,287, nearly trebling to £62,782 by 1989.

Unfortunately, there was another period of economic downturn in the UK and across the wider western world from 1989 to the early 1990s. The US savings and loan crisis, the end of the Cold War, Iraq’s invasion of Kuwait – which sparked another oil crisis – overconfidence in the ‘boom’ economy of the 1980s, high levels of consumer debt, and the resultant restrictive monetary policy all had an impact. Inflation began to creep up again, hitting 8% by 1990 and pushing many people into financial difficulty.

By 1996, both the economy and house prices had recovered somewhat, although interest rates were still fairly high. Enter the age of the interest-only mortgage, which made borrowing money much easier and minimum repayments very low. Of course, at the time, this seemed ideal, particularly by 1999 when the average interest rate fell to 5.5%.

Unfortunately, we now know this was not the case…

By 2002, the UK saw property prices hit an annual increase of just over 18% with an average house price of £106,406 thanks to strong housing demand and renewed confidence in the economy, particularly the tech sector.

From 2007-2009, our most recent and dramatic fall in house prices occurred as a result of the global financial crash. Thanks to deregulation in the financial industry, around mortgages especially (remember those free-flowing interest-only mortgages?), economies around the world faced the biggest recession since the Second World War. The average UK house price fell 15% from January 2008 to May 2009 with many homeowners losing their homes or falling into negative equity.

Many homes did not return to their pre-financial crash values until 2012 and even today there are still some areas of the UK where house prices have not returned to pre-2008 values.

The Help to Buy scheme was introduced in 2013, helping both first-time buyers and existing homeowners to purchase new build homes with smaller, 5% deposits. The scheme also encouraged the construction of new homes and saw house price growth begin to speed up.

In 2014, the average UK house price hit £186,544 and the UK continued to see an average annual increase of 4% from then until the end of 2019. This fairly modest increase takes into account the uncertainty around the Brexit decision of 2016 and the impending deadline for withdrawal from the EU on 31 January 2020 which saw house prices remain fairly fixed, even with the abolishment of stamp duty for first-time buyers on properties costing £300,000 or less in 2017.

The first quarter of 2020 looked promising, with a 2.5% increase in house prices, an average house price of £217,911, and renewed market confidence thanks to the last-minute trade deal agreement between the UK and EU.

Whilst quarter two of 2022 saw us go into the first covid-19 lockdown period and a drop in house price growth to 2%, predictions of a significant fall in house prices were unfounded, thanks primarily to speedily introduced government incentives such as the stamp duty holiday, increased housing demand versus limited supply and favourable interest and borrowing rates.

From the summer of 2020 until the summer of 2022, we have seen continued growth in both sold and asking prices. Property prices have jumped by 24% and in February 2022 property portal Rightmove saw its highest rise in asking prices in 20 years despite the market slowing down as a result of the stamp duty deadline, rising living costs, and the Russian invasion of Ukraine. Indeed, according to the Office for National Statistics, the average house price as of September 2022 is £295,000 and Rightmove’s average asking price as of November 2022 is £366,999.

However, the continuous rise in inflation throughout 2022 has now prompted house price growth to slow in the second half of the year.

As we enter what looks set to be a costly winter with the interest rate likely to creep up to 4%, it is likely that we will see a fall in house prices of around 10% in 2023. More positively, however, Savills predict that property prices will begin to rise again in 2024, with an overall growth of 18% from 2024-2027 as pressures on affordability begin to (hopefully!) ease.

Interesting Related Article: “Tips for Buying a House in a Seller’s Market“