How much of the world is powered by renewable energy?

With the alarming news of climate change circulating in the media, and the urgent need to address it by drastically reducing carbon emissions, renewable energy production has become a top priority 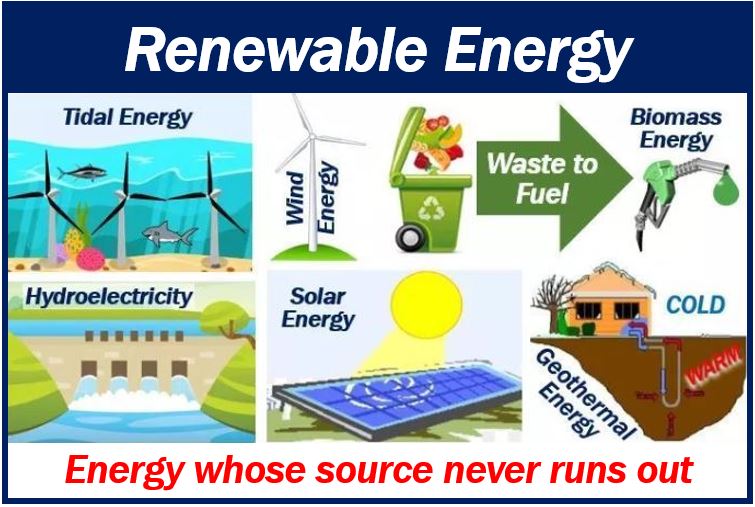 What is renewable energy?

Renewable energy comes from sources that do not run out, i.e., we can never use them up. Solar energy, for example, involves harnessing the energy from the Sun (sunlight) and turning it into electricity. The Sun’s energy will never run out (in a human timeframe). The same applies to wind, hydro, biomass, and geothermal energy.

Oil, natural gas, and coal, i.e., fossil fuels, on the other hand, are not renewable energy sources. They will run out one day if we continue using them.

According to the Global Energy Statistical Yearbook, Enerdata’s free online interactive data tool, the exact number is 26%. The International Renewable Energy Agency (IRENA), on the other hand, estimated the total to be about one-third.

This is nowhere near the proportion it should be if we are really serious about tackling global warming. However, it is a significant improvement on a few years ago.

According to the Global Energy Statistical Yearbook, the rise of renewable energy production from last year was 0.8 of a percentage point. The annual increase appears to be growing, which is great news.

Much of this surge in wind and solar energy production stems from stricter climate and emission policies and ambitious targets in the European Union, China, Japan, the US., Japan, India, and Australia.

Besides these regulatory efforts, however, there is another, rather surprising reason for the rise of wind and solar energy production – money. In 2018, production costs declined considerably. The cost of generating electricity from solar or wind power today is a fraction of what it was ten or twenty years ago.

As costs continue to fall, more developing nations will become interested in switching from fossil fuels to renewable energy.

Most agencies and research centers are forecasting that about 30% of glogal electricity production will come from renewables by 2040. Hopefully, these estimates turn out to be overly conservative, given that IRENA reports that one third of total capacity today could come from renewable sources.

Most likely, solar, wind, biomass, geothermal, and hydro power will represent much more than thirty percent of total global power generation by 2040. Every year, these estimates are revised upward.

BP (British Petroleum), for example, estimated in 2018 that 30% of total production would come from renewable sources by 2040. Its estimate one year earlier had been 25%. In just one year, it increased its estimate by five percentage points.

Investment in renewable energy technology and infrastructure has increased dramatically since the turn of the century. China is by far the biggest spender. China is currently investing more in this sector than the United States, the European Union, and India combined.

According to the European Union, in 2017, investment in renewables was greater than $200 billion. A record number of solar power projects were installed in 2017. China today accounts for 45% of global investment in renewables. In 2017, it started construction on thirteen offshore wind projects, as well as dozens of solar energy farms across the country.

Most countries tend to invest less than 1% of their GDP on renewables. Even though the United States invested what appeared to be a lot in 2015, it only represented 0.1% of its GDP. GDP stands for gross domestic product.

Countries that Lead by Example

Iceland is the only country today that gets all its heat and electricity from renewable sources. Eighty-seven percent of all its electricity comes from hydro power. The other thirteen percent comes from geothermal energy.

Iceland has fossil fuel power stations, but only uses them as backups. Hydro power is electricity that comes from the energy of fast-running or falling water.

Norway is another country that has made huge advances in renewables. More than ninety-nine percent of all its electricity comes from hydropower plants.

The United Kingdom has increased its renewable energy production by 30% since the turn of the century.

Climate change is now a reality. It is also becoming more evident that we are responsible for it. We desperately need to reduce our emissions of greenhouse gases. Switching from fossil fuels to renewables is a step in the right direction.