You Can Finally Connect to Your VPN on Windows Again 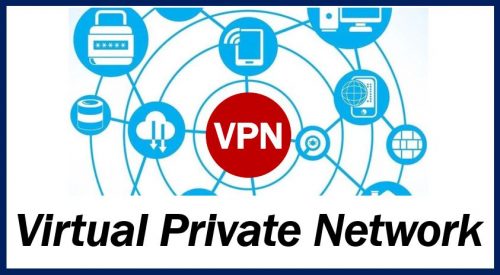 Updates are supposed to help your systems work better—better working systems are supposed to be more efficient and secure to use. But if you’ve installed and played around with the Windows Server update recently, you’ve probably noticed a couple of things amiss.

One of the issues people most complained about regarding the new update was that their VPNs were no longer working. Even though the bug targeted the VPN for Windows clients, it also affected other VPN-related devices, like the WatchGuard Firewalls SonicWall. Some people even reported issues with their Cisco Meraki.

After encountering the issue, many people quickly uninstalled the new update. People who had not updated their Windows simply avoided it. Regardless of which category of people you fit into, here’s some good news for you: Microsoft has finally patched the bug, and you can connect to your VPN on Windows again!

Microsoft pushed out an update on the 11th of January 2022 as part of 2022’s first patch Tuesday—but the results were not as expected. The bug mainly affected devices running on Windows 10 and 11, but the patch overall didn’t set a great tone for Microsoft.

The issue was discovered when Redditters complained about the break-in VPN support after the update, and it was quickly discovered that uninstalling the update would get VPNs to connect again. This concluded the new patch was buggy.

Even though the VPN dysconnectivity issue was also found to be contained to Windows 10 and 11, Microsoft released new patches shortly after to counter the issue—for all supported Windows versions, including Windows 7.

Apart from having the VPN issue fixed, the new patch also offered a combination of new features and fixes. Depending on which version of Windows you’re using, you may see a couple or more improvements in the features discussed here.

Many Windows users previously faced a common issue that would cause the IP security (IPSEC) connections containing Vendor IDs to fail. Along with this, VPN connections using Layer 2 Tunneling Protocol or L2TP or IP security Internet Key Exchange (IPSEC IKE) was also affected, and the new security patch addressed these concerns.

Another common issues users reported after installing the January 11th Windows update was that their Windows Servers would automatically restart after updating the Domain Controllers or DCS. This issue has also been addressed in the new update.

Another issue was preventing the LDAP or the Lightweight Directory Access Protocol modification operation to write the AD (Active Directory) attributes properly. This issue was also given due consideration in the new update.

How to install the Windows VPN patch

If in case the update hasn’t rolled out on your machine yet, you can download it manually from XDA Developers. You can also use their page as a resource file to make sure that you have the right update and even check your Windows version.

You can also use the page to determine whether the update name is the same as what you can see on your machine. For example, the new VPN patch is called KB5010795 for Windows 11. If this is not the name of the available update you are seeing on your computer, it might be wiser to download it manually.

Interesting Related Article: “The Benefits of VPN for Businesses“