Youtube Is Testing Clips On Live Streams And VODS

YouTube has become one of the most promising platforms that are responsible for making many people go ‘viral’. Celebrity found their essence in the talent as YouTube has become the very medium that connects them with the rest of the world. With the increasing number of users worldwide and the ability to turn the platform into the influencers’ realm of possibilities, YouTube has become a sensation. According to a statistical study conducted by a reputed organization, YouTube has 2 billion users all around the world, while 79% of the internet users have their accounts on YouTube. 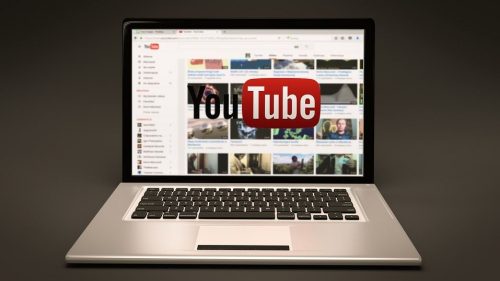 In order to enhance the experience of users, this easily-operated platform with manageable features offers the viewers as well as channel holders a plethora of features. The subscription method which allows users to subscribe to their official site, improved comment sections where the audience can leave a comment and constructive criticisms, a faster creator application to improve the procedure that goes on the making of videos, better live streaming options, watching the subs feed, the inclusion of 360° videos, the option to share, like and even dislike a video along with the notification panel has turned this application into a much-appreciated mode of expression in the twenty-first century.

However, this is not the end when it comes to increasing the number of features. YouTube has taken the question of audiences’ acquaintance with the application on another level as it has been addressed by the authority that soon a new feature will be rolled out on YouTube where the account holders will be able to post short clips. The inclusion of this characteristic has already been prominent in Instagram, Snapchat, and Facebook. As the feature makes the application more personal and adds the subjectivity that many try to strive for.

Understanding the demographics based on the importance of adding a touch of subjective in the realms of objectives, the decision to expand the featurette by adding the option of short clips amplifies the platform by multiple folds. When asked about what the feature entails, the authority claimed “Clips on YouTube allows you to select a 5-60 second segment of a creator’s content (video uploads and streams) that can be shared with others across platforms. If you’re viewing content from one of the channels in this experiment, you will see a clip icon under the video that will allow you to select a portion of the video that you want to clip.”

When asked about what other activities can be performed by the application of the feature, it has been claimed that it will help one to share snippets of their days, not only that but the short clip, timed between five seconds to one minute can be shared on certain social media platforms like Facebook, Twitter, and Reddit. The clip can be shared via the email ID too.

The movement to augment a feature that allows the users to share a small part of their essence is a signal that YouTube is not far behind when it comes to amplification. The added jazz to the live streaming platform raises its status in the realm of the digitized industry as the whole aspect will strengthen the YouTube community. It has been predicted that the short clip, which can work as a short teaser to the upcoming project of an influencer, or create anticipation among the viewers about some video, will induce an influx of new viewers. YouTube is a platform where each view counts. A platform that owes its importance to view counts, the addition of the short clips can turn out to be a big opportunity.

The test for the launch of the big idea is still going on as the hint for the big project on YouTube has been shared on Twitter. “Today we are launching an experimental version of Clips on YouTube. Check out videos on the Creator Insider channel and test it out yourself! Clips are 5-60 sec, shareable, segments of content (Live/VOD) that live on top of the original video” commented the authority. The improvement of the featurette is not far away but how the audience will react to the outcome remains to be seen. For more tech stuff you can follow techgfi on the internet, to get the latest on tech, streaming, and related news.