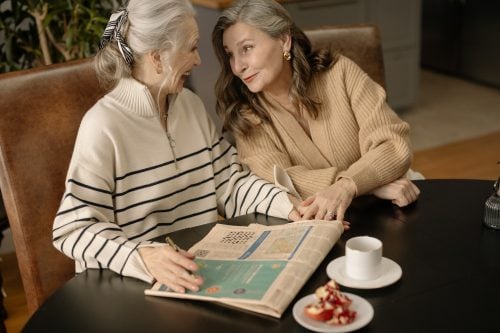 If your seniors do nothing the whole day except for morning walks then you are surely in search of some interesting activities for them. Telling you that you are on the right place would be a very vague statement so let’s jump to the list of the word games for your old parents directly.

Word games are an absolute mind and insight booster. No matter how old your grandparents get word games will always remain the best ways to lead a productive day for them.

This game is known for refreshing one’s memory and an ideal for seniors. There is no limitation in the number of players allowed to work. The fun fact is that along with your grandparents you can also take an exciting dig in this game. This will also give you means to spend quality time with them.

You are expected to write a word a in the middle of any whiteboard or a large chart paper. This word will be known as the ‘seed word’. All the players then have to make as many words as possible out of the letters used in the seed word and write them around the seed word one by one.

The elderly will love the game!!

Donot forget to take a pencil and a piece of paper along with you as you are going for a long ride. While the youngsters are busy clicking pictures and listening to Justin Bieber’s the seniors can play a good hangman game.

This game requires one of the players to write a word on the paper with some letters missing in between. For example, L _ a _ _ o _ p. The other players have to guess the missing letters to form the word.

Even if your seniors have weak English vocabulary you need not to worry as this game caters even those people who just know basic English. (Shhhhh, the word above is a laptop. If you have been able to guess it right then high five!!)

One of the most played word games in the United States is Daily Jumble. Most people love to play this scramble word game is because it gets updated daily with new word puzzles. This is why I am putting a suggestion of this game for our seniors. They will get engaged every day with word puzzles. It will also help them in learning new words.

This is one of my next tries to come up with word games that don’t require any sort of a perfect setup. For this game too you just need to have a piece of paper and a pen. A seed word will have to be written by any player and the other players will follow by writing those words which start from the last letter of the last word.

In this way, the game would continue for eternity!!

Do I have to repeat that this game can also be played within the comfort zones of the seniors with only a paper and pen? Surely not!

The only role that you will have to play is to divide usual idioms in two parts with their ending in one divided part and the beginning in another. Shuffle all the beginnings on one side and the endings on the other side. The players have to guess the ending of every idiom from the shuffled ones. This can also be called as Matching Matching.

As the name suggests this game is all about rhyming words and a ball. The players can sit in a circle to avoid confusion and throw the ball at each other one by one. There is not a definite rule to throw the ball in the same manner as the players are seated. The one who catches the ball is expected to say aloud a word rhyming with the previous one. This is how the game continues. Rhyming words are always fun to say and even to guess, even for me they surely are!!

In a world comprised of various stories, anyone can make one only while sitting. This game wants the players to speak the language of stories and make them as long and as interesting as they can!!

One of the players has to start any story by saying aloud one sentence. The other players have to follow by speaking another sentence to continue the story. This process will most likely form a magical story.