7 Canadian Biotech Companies to Keep and Eye On

Biotechnology companies specialize in developing drugs and diagnostic items used in treating diseases and other medical conditions. For the FDA to approve these products, they must go through an intense, costly, and lengthy testing process. 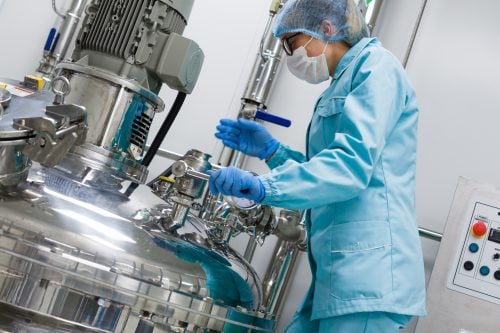 As an investor, you may have to wait for several years before your investment in a drug under review gets to pay off. All that notwithstanding, a significant number of biotech companies in Canada managed to rise amid the pandemic.

Despite the economic storms and challenges that were evident, they seemed to have a different story of success. Many biotech companies recorded gains in 2020. That has seen veteran businessmen like Eugene Melnyk enjoy their early entrance into the field.

As stipulated in his website: Eugene Melnyk Website, you’ll see his success in the pharmaceutical drugs industry. The pandemic increased the demand for services in the industry, leading to impressive gains in the business.

The 7 Biotech Companies to Watch Out For in Canada

In the past few years and most notably in this year of the pandemic, several biotech companies emerged and made notable progress. Here are the companies to watch:

When it launched its interest in developing products focusing on immuno-oncology, Helix BioPharma became a household name in the biotech industry. The company has one of its products, L-DOS47, getting tested for non-squamous small-cell lung cancer. Its other product, V-DOS47, is in its preclinical development stage and is targeted to work on the vascular epithelial growth factor receptor 2.

The company has already received approval from the United States Food and Drug Administration (FDA) to begin a new phase 1b/2 test of the L-DOS47 product in advanced metastatic pancreatic cancer.

Amgen is one of the most reputable biotech companies in Canada and the world over. It helps to fight severe illnesses by applying science and innovation in a modern way.

Amgen has its primary operations stationed at Mississauga and a research facility in Burnaby, British Columbia. However, it has a Canadian branch that has made significant contributions to Canada’s biotechnology sector since 1991.

Since it started operations in Canada, it has been an essential partner in the fight against severe diseases by offering relevant vital medicines to counter the diseases.

Furthermore, it has a hand in developing new therapies and coming up with new uses for existing medicines. It achieves all that by partnering with the Canadian government, patient organizations, and Canada’s leading healthcare, academic, and research teams.

Canadians are embracing Amgen and are loving the fact that it is a Canadian Company. They show their trust and confidence in the company by signing in their thousands of numbers for Amgen’s clinical studies. Tens of thousands of other Canadians are today using Amgen’s medicine every year to counter various diseases.

Amgen’s impact positions it as a leading human therapeutics company in the global ranks’ biotech industry. It has incorporated scientific discovery and innovation for over 35 years of its operation to improve medicine.

In the onset of COVID-19, Gilead had hit the headlines when it declared it would be working on finding a potential cure for the virus. The company developed the drug remdesivir, which has improved outcomes in almost two-thirds of those diagnosed with severe COVID-19 symptoms. While the drug is still in its experimental stages, progress to make it a reliable cure for COVID-19 has been rapid.

Gilead Sciences Inc. is a Canadian company with its main offices in Mississauga, Ontario, Canada. With its sales bringing in up to $6.36 million (USD), it rightly ranks as one of the best pharmaceutical companies in Canada.

The introduction of remdesivir pushed investors to have a positive look at Gilead and the drug as well. The drug had been introduced in 2014 to help fight the Ebola outbreak but did not achieve the expected results over the years.

However, it proved to be effective in treating COVID-19 symptoms. With recent reports suggesting that patients using the drug respond positively to treatment, Gilead stands to gain from the drug’s benefits. That makes them one of the best companies.

Champignon Brands seems to understand the biotech industry well to put innovation as its core business in the industry. To be a successful biotech company, you need to be very innovative, and your innovative ideas have to solve the main challenges affecting the industry.

The biotech industry is mainly affected by mental illness challenges across the globe. For instance, America has over 40 million people suffering from anxiety, with another 16 million or more suffering from depression. The solutions that are currently available for these mental illnesses aren’t sufficiently solving the problems.

That is why Champignon’s move to work on a bold new mental illness solution has been welcomed with great anticipation. Its research on using compounds found in hallucinogenic mushrooms to create particular drugs has seen its stock rise to 300% since its IPO.

In 2020 Champignon made a strategic move by acquiring a company that had four patents in Psilocybin. The substance has undergone initial research, and it came out to be very effective at treating depression and addiction. That’s excellent news for Champignon and a reflection of better business days in the coming years.

Novartis pharmaceuticals were formed in 1996 after the merger of Ciba-Geigy and Sandoz. Today, it is a leading research-based company specializing in programs focused on developing and marketing innovative prescription medications in Canada. Its head office is in Dorval, Quebec, which was completed and opened in 2003.

Its role in acquiring a reliable treatment for COVID-19 saw it brought out the connection between chloroquine, a malaria treatment, and COVID-19. The company believed that Chloroquine could act as an active treatment for the virus. This development attracted President Trump’s attention, who went ahead to encourage people to try it out.

Whether or not the drug is indeed an effective treatment of COVID-19 is left for research to find out. However, this revelation came with good tidings for Novartis. Its prices took an all-time hit in March due to these findings, and have seen the company selling at a discount of 20 percent.

But the chloroquine business is not the only great thing that happened to the company. Its partnership with TScan on solid tumors’ therapy has seen it receive funding of up to $30 million. It is also known for topping the list in 2017 as the highest-earning pharmaceutical company.

Aptose Biosciences was formerly known as Lorus Therapeutics Inc. and only changed its name to Aptose Biosciences in August 2014. It is a clinical-stage biotechnology company that is busy addressing unmet medical needs in oncology by discovering and developing customized therapies.

Despite its significant operations in the United States, Aptose Biosciences Inc. has its headquarters in Toronto, Canada. It has several clinical programs, with the outstanding one being the APTO-253, a phase 1b clinical trial to treat blood cancers.

The blood cancers they mostly specialize in include acute myeloid leukemia and high-risk myelodysplastic syndrome. Currently, it’s working with CrystalGenomics to research, commercialize, and develop CG026806.

This biotech company is situated in Vancouver, BC, Canada, where it operates under Canada’s biotechnology research industry. It discovers, develops, and commercializes the next generation’s multifunctional biotherapeutics, which were initially only channeled to cancer treatment.

Zymeworks became a national sensation it merged with the largest Canadian biotech, IPO, to be seen in over ten years. In 2018, it made remarkable partnerships that led to 2018 being a solid year in its growth history. Some of these critical partnerships they made include their partnership with Celgene, Daiichi Sankyo, and BeiGene.

The company’s innovative work that saw the introduction of two remarkable candidates: Zanidatamab and ZW49 has seen it earn investors and other biotech companies’ interests. It generates up to $29.54 million in sales, which gives confidence to those intending to invest in the company.

If you are looking for the rising biotech companies to learn from, you can’t search further than those in this list. These Canadian companies have shaped the biotech industry and are doing a great job in fighting the pandemic.

With the investment, research skills, and a significant number of years of experience, these biotech companies are bound to shine in the coming years. These are indeed the best biotech companies to watch and learn and watch from in the future.