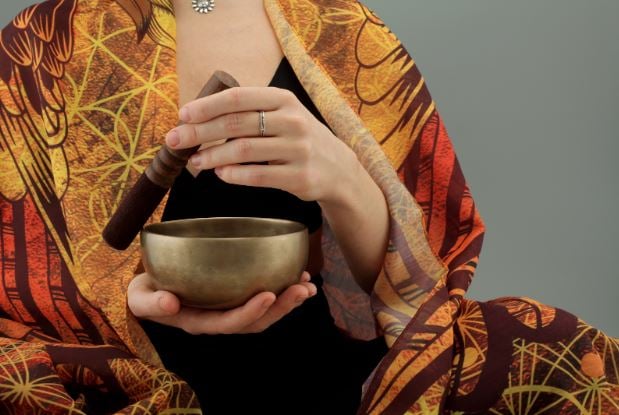 Alternative medicine is one of the biggest health trends there is at the moment. And there are so many reasons one can pinpoint as to why this is. First, and foremost is that it works. Especially, in treating illnesses that orthodox medicine hasn’t really recorded a high success rate or the illnesses recur. Specifically, illnesses like chronic pain, migraine, epilepsy, obesity, and diabetes have been treated with a better success rate than orthodox, if the growing numbers of alternative medicine are anything to go by.

Another reason for its rapid growth is that it focuses more on the root cause of illnesses rather than to just alleviate the current symptoms. And thus advocating for a better lifestyle, as you are basically as good or great as the quality of your life. Alternative medicine also uses natural routines and procedures which have little or no side effects in comparison to orthodox. Some of the biggest alternative therapies include Ayurvedic medicine, Acupuncture, Yoga, Meditation, and more. Did you notice any pattern with those treatments? Probably.

One thing common to them is that they all originated from Asia, Asia has been the home of alternative medicine as it started out over 3000 years ago and have been highly effective. It sure has been one of the biggest exports of Asia to America and the world over. As compared with some that forget their tradition, it is not the case with Asia as alternative medicine is still waxing strong. Let’s see how well they are doing.

Statistics show that about 80% of Asians still use alternative therapy. As it is the origin of the therapy you expect it to have grown and it sure has. Specifically, in China, Korea, and Japan. You can study traditional medicine just like your conventional medical degree, and it takes six years to be certified as a traditional medicine doctor. And as compared to other parts of the world, these Asian countries have insured a couple of these procedures such as acupuncture, cupping, moxibustion and more.

These countries have included it in their national health policies showing that it has a stronger foothold and acceptance. In China, alternative medicine accounts for about 40% of the total treatment carried out, as over 200 million patients are treated with it. And about 70% of Korea’s population used one form of alternative treatment or the other.

India has also been one of the biggest proponents of alternative medicine, as it is home to some of the biggest treatments such as Ayurveda, homeopathy, and yoga. These systems have also been well integrated into the nation’s health care system as there are state hospitals and dispensaries for alternative medicine. There are over 22,000 dispensaries and well over 500,000 alternative treatment doctors as most of these treatment methods are recognized by the Indian government. India has about seven national institutes that offer bachelor’s training to the Ph.D. level.

These institutes offer training in Ayurveda, homeopathy, naturopathy, Unani medicine, and yoga. The aim of these institutes is to carry out research, information dissemination, communication on the benefits and impact of alternative medicine which the government seeks to use in improving national health programs, family welfare, and primary health care. Evidently, alternative treatments are still booming in Asia.

With such integration into their nation’s health system, you sure can tell that alternative medicine is a huge part of the Asian health scheme, and with more research and development could be even more impactful and customized to help individuals more.

You may be wondering ‘what is hash?’ Hash, or hashish as it is popularly called, is a drug derived from the resin of the flowering top of unpollinated female cannabis plant whose origin can be traced back to Asia. The resin gland is known as trichomes and typically has a higher THC content than marijuana and is often used by the locals in Asia in old times after tedious farm activities as a pain reliever. But with the global recognition of the cannabis plant, it has more medicinal functions.

The hash is heated or water pressed before it is used, when heated it solidifies like cookies and when water pressed as a more soluble feel like butter. Hashish is still being used in Asia, as many countries are soft-pedaling on cannabis laws. The way marijuana is to America so hashish is to Asia in terms of popularity. In the real sense though hash is a form of marijuana. And as regards to usage, it can be smoked, vaped, or eaten.

Hashish is still quite popular among the Muslims in the middle east as they are largely forbidden from consuming alcohol. Hashish is a very popular alternative and is smoked with tobacco. Hash oil is also used and has a THC level of up to 25%. It may be green or red in color, depending on the flower it is gotten from.

Interesting related article: “What is Health?“