Silvery-white, flaky skin that itches most of the time and hurts when scratched – a signature symptom associated with psoriasis. Psoriasis is a lifelong affliction that has a large number of people around the world in its grasp. One of its types, plaque psoriasis, accounts for more than 90% of the cases worldwide. 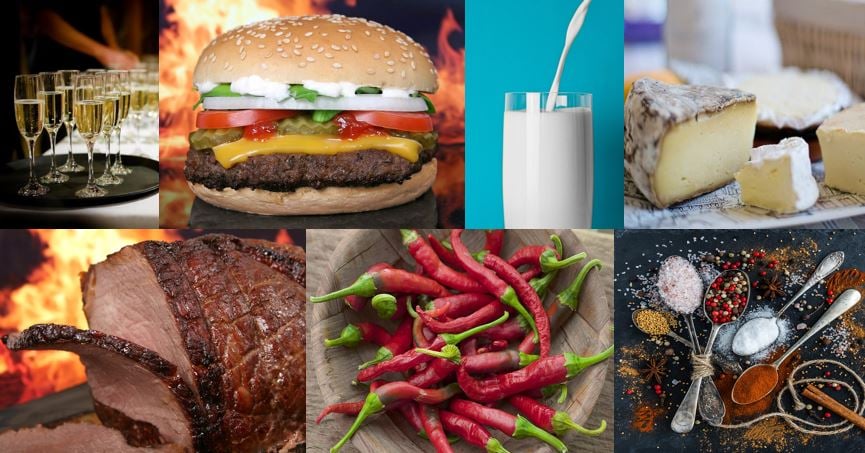 Since the condition is set off by the body itself, it has no one-fits-all treatment or potential triggers. This means that the flare-ups may also be caused by some unusual triggers specific to your case. However, a person’s dietary habits may sometimes affect the frequency and intensity of flare ups.

If you notice that the following foods affect your condition; consider avoiding them altogether or at least reduce their consumption.

As psoriasis is caused by inflammation, it is important to understand nutritional components that can indirectly cause harm. Junk food is full of unhealthy fats and starches which are a cause of concern, especially for people living with psoriasis.

Also, the high levels of trans fats and saturated fats, along with refined sugars and starches, can cause changes in the skin and weight. As psoriasis increases the risk of developing cardiovascular diseases, being overweight due to the consumption of unhealthy foods can give rise to serious complications in the future.

While it is not clear what causes psoriasis, it is thought that T cells, a major group of cells in the immune system that help in fighting off diseases, play a major role. According to a dermatologist, Jerry Bagel, alcohol can dilate the blood vessels in and close to the skin. This allows some of the T cells to escape to the upper layers of the skin. For obvious reasons, you do not need that. Even if you are a light drinker or a moderate one, your condition may worsen.

Other than being high in fat and low in fiber, which is bad for your digestive system, red meat is a commonly-reported aggravator of psoriasis. It contains arachidonic acid – a polyunsaturated fat that can be broken down into inflammation-causing substances – that can further worsen psoriasis symptoms.

Thus, next time you hit the grocery store, cross off any processed meats like bacon and sausages. In fact, in a study conducted by the Harvard School of Public Health, it was found that eating processed red meat can increase the risk of premature death by 20%. Consider this as an incentive to go green.

Some people with psoriasis are fine with the tasty add-ons like cinnamon, vinegar, paprika, curry, mayo, or pimento. However, a sizeable minority of patients have commented that condiments are one of the triggers of flare-ups.

In some cases, flare-ups have been caused by tomato ketchup, Worcestershire sauce, and even Tabasco. If you too have noticed worsening of symptoms after consuming condiments, it might be time to remove them completely from your diet.

Just like red meat, dairy products too contain arachidonic acid. Also, many of them contain casein, a protein found in milk, which is considered to have an impact on inflammation. Even those with lactose sensitivity should drop dairy from their diet since allergy is directly linked to inflammation.

As mentioned above, eating foods that your body has some sensitivities to may increase the risk of inflammation. People with a sensitivity to gluten (grains like rye, barley, wheat, bulgur, etc.) should also be careful with what they eat.

According to a study conducted in Portugal, psoriasis symptoms improved in gluten-sensitive people after they excluded gluten from their diet.

More than 60% of people living with psoriasis consider it to be a hindrance to their daily routine. This means that it not only produces distressing symptoms but also affects how they go about their daily lives.

Since psoriasis has no cure and has to be managed until it goes into remission, it is extremely important to avoid any kind of trigger that may aggravate the condition. The triggers may include certain foods, extreme stress, weather changes, infections, and some medications. Therefore, if you notice that these foods negatively affect your condition, then steer clear of them.