What is the Best Smart TV of 2020 on this Cyber Monday?

Smart TV is a type of product that has already established itself as a basic item in any home. Even so, there are people who have not made the leap towards a television capable of connecting to the network and downloading applications. The possibilities of these devices are increasing, and, without a doubt, it is an investment that is worth it. For this reason, today we are talking about the best Smart TVs from three of the best known and most affordable brands on the market; Samsung, LG, and Philips.

Before beginning to detail the characteristics of each television, it is necessary to know that there are a number of characteristics that they have in common. This is because, at the base, it is very similar technology. They are all next-generation Smart TVs, with adequate features and developed in recent months; therefore, we are going to put ourselves in situation. They are very flat screens, with a number of quite high inches, and they all use a UHD 4K resolution; ultra-high definition high dynamic range with approximately 4000 horizontal pixels.

It is the small details that really add value to each model that we are going to discuss today. Each and every one of them is valued by the experts as the best option of the brand in relation to value for money. One factor that we have taken into account when selecting is that they are affordable options for a standard buyer; no overpriced televisions with disproportionate inches, or excessively advanced and impractical technology cyber monday tv deals this month. 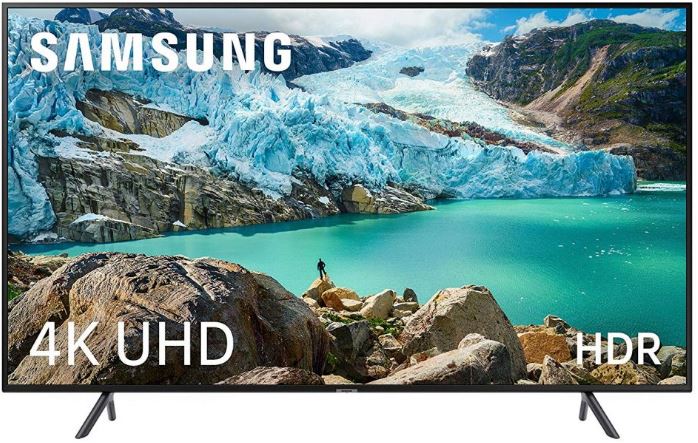 The first great feature of this model is the large number of apps that can be downloaded. It is no surprise, since Samsung is one of the brands that has more agreements with different companies with applications available for television; as we could already see in the analysis of the Samsung QE82Q70R. Some are missing, it is evident, but the most important ones can be found, such as the different audiovisual content applications (Netflix, Amazon Prime, HBO, etc.). In addition, with the new Universal Guide option, developed by Samsung itself, the Smart TV learns from your tastes. You won’t have to complicate your life to find the apps and content that you like.

Another facet, which we wanted to highlight about this television, is how practical it is when it comes to hiding the wiring. These types of devices have had problems in the beginning, due to the large number of cables and connections that had to be hidden. For this Samsung has designed a base capable of storing these annoying extensions, and, if that were not enough, the Bluetooth connection. The latter is of the latest generation, to avoid disconnection and malfunction problems.

It is a fairly large TV, with 65 diagonal inches. This can be a virtue, or a defect, and it all depends on the size of the room in which it will be located. In reality, this is a size that has been normalized, since little by little, our eyes are adapting to this type of television. However, if it is to be placed very close to the sofa, due to the possibilities of the room, it is not highly recommended. It is difficult to find many more defects in a device of these characteristics, since most are insignificant details, such as the reading problem in the AVI video format. That said, it can only be said that it is one of the best options in quality price, so it enters directly into the fight to be the best Smart TV of 2020. 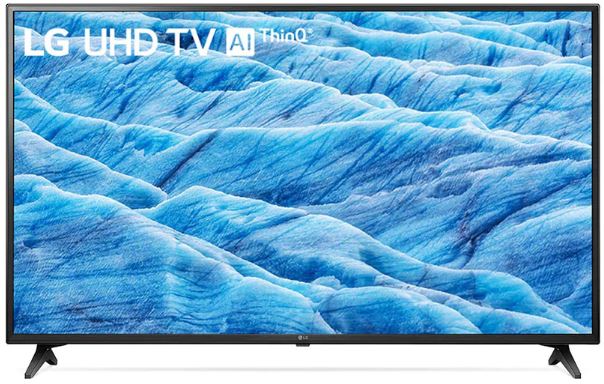 We turn to LG, one of the brands that has opted the most for smart televisions since the beginning of its commercialization. In the case of this model, the Korean entity has wanted to take a leap in visual quality, with the aim of differentiating itself from its competition. For this reason, the main improvements and details of this television will be focused on this visual aspect already mentioned.

First of all, the Ultra Luminance function, which automatically adjusts the brightness so that images look much better. Also, a quad-core processor, which improves noise and sharpness problems. And as if that were not enough, it offers HDR in different formats, such as HDR and HLG, improving, even more if possible, the high quality of the images.

This smart TV has an artificial voice control system; the ThingQ. This novelty allows you to make use of the device easier, without the need to use controls. Even so, this technology can be improved, since, at times, it can give certain problems. We have no doubts that LG is already working on it, so that, in the future, it works smoothly and without interference. Apart from this voice connection, the LG55UM7100 has three USB ports, three HDMI inputs, and a WIFI and Bluetooth option.