Beyond cryptocurrency: the other uses of blockchain

If you’re a tech enthusiast or just have been following the technology news, you’ve surely come across the name “blockchain” more than a couple of times. It’s highly likely that whenever you heard it, someone was talking about cryptocurrencies. That’s because blockchain provides the technological support needed for cryptocurrencies to actually exist. However, thinking that this digital ledger is limited to that sole purpose is plain wrong. 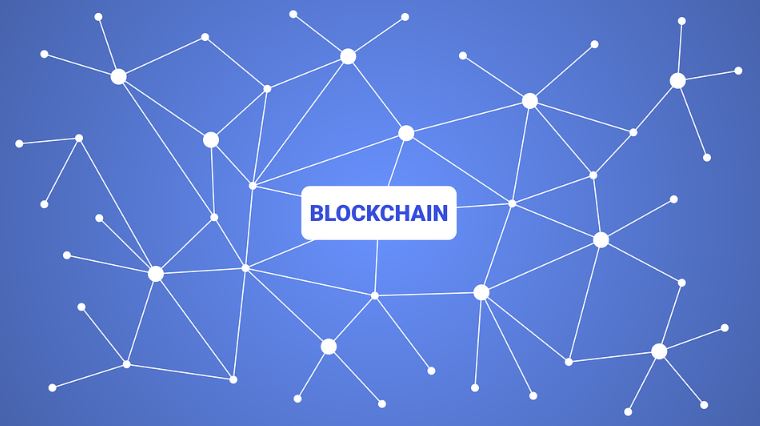 In fact, if you delve a little deeper into the news, you’d surely read about how many companies are taking an interest in blockchain and even how blockchain consulting has become a thing now. That isn’t a coincidence. Businesses are starting to see blockchain’s potential, which can bring several changes across all kinds of industries. Don’t know what we are talking about? Here are some insights about the lesser-known uses of blockchain.

But before going into that – do you really know what blockchain is?

In the simplest possible way, we could say that blockchain is a network of computers (AKA “nodes”) that are interconnected with one another to keep a series of permanent data records. One of Blockchain’s essential features is that it’s decentralized, which means that there’s no central authority that rules over the transactions that happen within the network.

Additionally, the nodes that interconnect in any blockchain transfer data blocks that are secured following cryptographic principles known as “chains.” Both of these features ensure that no one can tamper with the data, as every node has a record of the data being transferred in the chain and all of it is protected through encryption.

That level of security is coupled with the transparent network of the blockchain, which gives every member the opportunity to see what’s going on but without giving the possibility to change anything. These are the main benefits of this technology and the reason why blockchain development is hotter than ever right now.

Now that we got that out of the way, let’s see some of the uses!

After cryptocurrencies, smart contracts is probably the most widely-known use for blockchain. It’s true that this type of contract wasn’t created with blockchain but this technology certainly made them more efficient and appealing for lots of businesses. What are smart contracts, you ask? Basically, they are digital protocols that facilitate, verify or enforce a contract. In other words, they monitor and control everything that’s stipulated in a given contract without the intervention of a central figure.

Why is blockchain used for smart contracts? Because these contracts take advantage of blockchain’s cryptographic code and decentralized network to allow for their participants to sign agreements and transactions without a mediator. Oh, and there’s the security offered by blockchain’s structure, which provides stronger protection for everything that’s been agreed upon.

You can surely imagine when this use can come in handy—whenever a contract is needed! From loans, insurance deals, digital purchases, and employment agreements, there’s a lot of ways you can benefit from these smart contracts.

One of the biggest concerns for most modern businesses around the world has to do with security. Attacks and breaches are causing a lot of trouble in several industries, with millions of records with sensitive data being accessed by unauthorized people. Since companies are hogging up more and more information about their customers, backing it up in the most secure manner is a must.

That context explains why businesses of all sizes are teaming up with blockchain development companies to bring their data backup protection to the next level.

The fact that they are choosing blockchain has a simple explanation. By combining encrypted blocks in a decentralized way, blockchain makes it harder for hackers to get more than just pieces of information. That’s because any malicious actor trying to put their hands on sensitive data should hack all of the nodes that contain that data without being detected.

You could argue that doing that is possible. And while you’d be right to say so, that kind of decryption would take a lot of time, effort, and money—especially when compared with centralized databases. That’s why blockchain is slowly becoming a great alternative for companies trying to build stronger data backups.

One of the riskiest aspects of digitizing information is how it can fall on the wrong hands, especially when exchanging it with remote teams, other institutions, or with professionals accessing from abroad. The healthcare industry is a perfect example of this. There’s a vast amount of data about patients across the many health institutions in the country and the need to exchange them appears on a daily basis.

Naturally, these exchanges are the perfect occasion for attacks and breaches to occur. That’s why there are companies, institutions, and organizations considering how they could create a nationwide network capable of providing support for the data transactions to take place in the safest possible way. One of the most interesting propositions is the one made by the Office of the National Coordinator for Health Information Technology. The proposal uses blockchain to create that national network under 3 main principles:

Though blockchain doesn’t comply entirely with those 3 principles, the technology fulfills them enough to be considered as the main technological support for the network. Such a proposal is highly interesting to see which way other institutions and companies could follow, ensuring that the work with remote teams doesn’t pose a threat to their data.

Lastly, there’s another very creative use of blockchain that could work for you, regardless of the industry you’re on—using it for hiring new personnel. If you’ve ever had the chance to hire someone, you know how difficult it can get. It’s not just about sifting through hundreds of applications to find the right candidates: people can outright lie in them, which makes the selection even harder.

Impressively enough, a blockchain development company can help you with that. There are ideas to use this technology to keep a record of people’s work history. Every job, role, education degree, and reference will all be kept on the digital ledger. And since it will be distributed and encrypted, no one will be able to change the information contained in it.

That will surely provide you a more transparent window and more precise filters to find the candidates you need for the roles you want to fulfill, even if you’re looking for gig workers! Since the record will keep the work trail for every prospective employee, it will be easy for you to check all the details, even if you’re only hiring that person for a temp position.

Summing it all up

Believing that blockchain is only useful for cryptocurrencies is like thinking that the Internet only serves to watch online videos. You can’t argue that both of those are popular and well-established phenomena but blockchain and the Internet go beyond them.

It’s true that not every industry or company out there can benefit from blockchain right now. But as the technology evolves and gets more sophisticated, you’ll surely see some potential uses you can use in your business. The thing you can’t deny, though, is that blockchain has the potential to disrupt a lot of businesses, so it’ll be only a matter of time before we start seeing how it does so on a broader level.