The Introduction of Blockchain to Carbon Trading 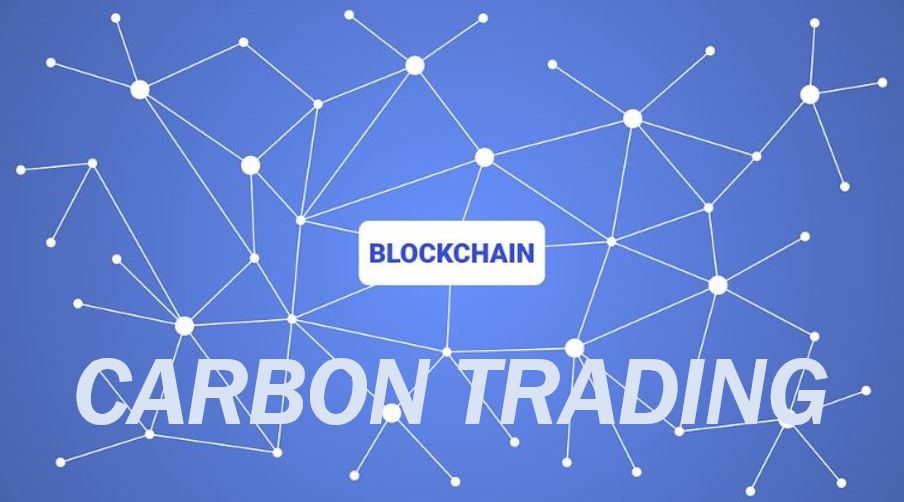 Steadily, blockchain has made its way into various industries and due to its diverse applications and benefits, it is preferred over other means of transactions. But lately, blockchain is closely following the carbon trading sector and the fact that it makes the system decentralized makes it the top pick.

The term ‘Carbon Trading’ was coined in 1997 in response to the Kyoto Protocol, which directed industrialized countries to reduce their greenhouse gas emissions for a period of four years.

According to the International Emissions Trading Association (IETA), carbon trading is one of the best ways to curb greenhouse gas emission. But the whole program is engulfed with issues, such as the perverse approach of certain countries and corruption, which is further hindering the overall process.

What is Carbon Trading?

The carbon trading is administered to mandatory schemes that need organizations, whose emissions exceed a defined threshold or who belong to specific industry sectors, like fossil fuel-fired plants, to get an allowance or credit for each tonne of carbon dioxide equivalent that they emit annually.

The participants can get these credits through auction, or if it’s their first time, the initial allocation of carbon credits is added into their account. And the organizations who can cut down on their emissions and save on their credits can further sell their carbon credits to other participants.

Why Do We Need Blockchain in Carbon Trading?

Presently, the global carbon market is not settled on a unified platform, which causes hurdles among participating members. Meaning, carbon credits that are bought and sold in one market might not be valid in another. This is due to the fact that regional markets have their own standards and policies. To maintain the system, intermediaries are appointed, which leads to the escalation of trading costs.

Another hurdle that is encountered in carbon trading is the alarming rate at which carbon dioxide is being emitted by the industries. The required emission rate is quite low as compared to the current rate of emission.

To eliminate these issues, we need a platform that can streamline and make trading hassle-free.

How Can Blockchain Help in Stabilizing Carbon Trading?

Considering this, the carbon trading process for various industries can be simplified.

Simplification of Process for Corporates

Weighty corporates have to deal with carbon credits due to their working infrastructure. If blockchain is introduced at the initial level itself, then the status of the company’s production and consumption can be tracked at regular intervals. The company’s database will automatically contain all data regarding the emission of carbon dioxide.

This way, there will be better transparency of available carbon credits and anyone in the company who wishes to see the current status can access the most updated information.

Following are the advantages of clubbing blockchain with carbon trading for corporates.

The distributed ledger in blockchain records the transactions on a shared ledger in a transparent way. This way, every carbon trading transaction will have a timestamp and a unique cryptographic signature, and it will help go back to the historical records. In case any change is introduced in the transaction, it will get reflected in all copies, thus preventing malicious attacks.

The consensus network of blockchain can easily locate the muddle in the transaction and thus help avoid lost quotas and repeated tasks.

If blockchain is introduced in carbon trading, uploading information on the management system, trading system, and registration system can be quickly done on shared account books. It is done in accordance with the time of occurrence and the modifications.

It will efficiently connect the corporate and public platform in one place, thus saving maintenance cost.

To manage the carbon trading sector better, the National Development and Reform Commission came up with National Carbon Emission Trading Market Construction Program that engages the power industry in the carbon market construction.

With all these prospects of blockchain technology, the carbon trading process can surely benefit from what blockchain offers. Moreover, the level at which carbon trading has reached, it needs an open platform where the trading and transaction can be performed with ease.

Although blockchain applications are still in their initial stages and are facing issues like computing power and response speed. Eventually, this industry is expected to rise with a better and more streamlined process of carbon trading.