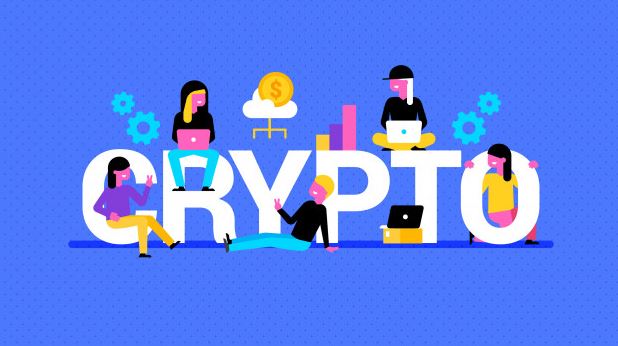 Currently investors are taking too much interest in investing in stablecoins because Bitcoin and Ethereum seem to have taken the race. One of the stablecoin, Terra, which recently got a hit in the market and was considered as one unique to invest in, given that it was fresh, investors were more interested in throwing their cash in TRON. Do you have any Bitcoin? What percentage of it do you own? Some entities own more Bitcoin than you can imagine

In this article, we will discuss TRON (USDD) in detail while covering its working and investment options, but before that let’s understand a bit about an algorithmic stablecoin.

Stablecoins offer a good opportunity for an average investor to get involved and become accustomed to trading cryptocurrencies utilizing platforms like the Bitcoin Trading Platform, outside of cryptocurrencies like Bitcoin and Ethereum whose value is already approaching the sky.

Stablecoins are essentially coins whose value is tied to the US dollar or another fiat currency. Because stablecoins are not volatile, this is one of the key factors driving investors’ interest in them. As a result, they are able to continue investing in the market and reap the rewards of their efforts.

Algorithmic stablecoins, however, are distinct. They are the most fundamental type of cryptocurrency, integrating through algorithms rather than any outside meddling. The computers are given these algorithms as specific instructions to follow in order to produce a result.

Investors were looking for chances where they could invest in the market comfortably because stablecoins were not very much popular. However, In May 2022, TRON and USDD were released in response to demand. Justin Sun, the USDD’s inventor, claimed that the creation of USDD would offer inventors a successful return of 30%. Additionally, he said that the USDD’s price would be linked to that of the US dollar. This means that regardless of the USDD’s pricing value, it will always be priced at 1:1, or one US dollar. The value change will be more influenced by the fluctuation in the exchange rate.

Given that UST and USDD are algorithmic stablecoins, where the algorithm has a significant influence on regulating the supply in circulation and setting the price, Additionally, as both coins make use of algorithms and smart contracts, they are compared to one another.

The algorithm works to limit the quantity of tokens that are available in the event that the token’s pricing value falls below the predetermined level. When the price rises above the predetermined level, the tokens are once again made available, allowing the price to be reset to the actual price. The primary goal of utilising algorithms is to regulate the value and circulation.

The following are the points which explains how USDD maintains its equality with US dollar.

Increasing of the Price

In the currency market, it is simple to understand this dynamic that anything whose demand increases, its price will eventually go up.

The network’s use of protocol enables the price to remain at its current level, and this is accomplished by exchanging TRX for USDD. The price can remain at $1 thanks to this exchange. The $1 USDD is produced when $1 TRX is consumed. Additionally, this strategy maintains its pricing value in the market even if demand for the USDD rises.

Understanding that interested users must actively participate in the system is crucial since only then will there be a chance for them to profit from the trade. For example, if you swap TRX and make USDD, while its price rises to $1, you’ll probably be able to sell the USDD at $1.1. You will be able to make some money through this, which may seem small at first but might grow if done frequently.

Decreasing of the Price

When the price of the USDD drops below $1, it will be simple to buy USDD at the same price from the market. Later, you can exchange USDD for TRX via the protocol; nevertheless, this exchange enables the restriction of USDD circulation.

The more users trade USDD for TRX, the more the circulation can be restricted and the price can return to its previous level. Also, individuals that participate in trades receive rewards for their efforts and are permitted to resell USDD units valued $1.01 in the market.

After reading this article, you may have a better idea of whether or not buying USD is a better alternative.

Although the USDD stablecoin is a new addition to the market, it offers several distinctive advantages over other tokens that are highly favourable for many investors who want to see a return on their investment.

You may be interested in: An Introduction to Bitcoin