Can a Business Owner Sue Police or the Government?

The United States is at a difficult point right now. Coming off months of lockdowns because of the coronavirus pandemic, now people around the country are protesting for justice in the George Floyd situation. It’s a very heightened time for everyone, and some of the protests, particularly in bigger cities around the nation, have led to riots, civil unrest, and even looting.

Businesses are trying to figure out how to pick up the pieces after months of tragedy. Many businesses and even individuals are also wondering what their options are to pursue various forms of legal action.

Some businesses are specifically wondering if they can pursue damage against police departments who they feel failed to protect them from rioters and looters.

It’s not an uncommon question. According to Mirman lawyers, when you’re harmed because of someone else’s wrongful or negligent actions, you may be entitled to receive compensation.

Suing a police department is an uphill battle in many cases, though. 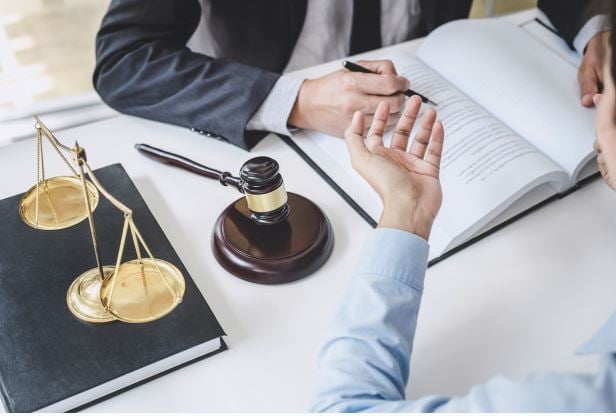 There is something called qualified immunity, so while there may be technical circumstances in which you could sue a police department or officer, such as in the instance of excessive force, they have a very broad shield of protection.

Qualified immunity doesn’t just protect the police. It also protects other government officials, even if they are found to have violated the Constitution. The exception is that they can’t have been found to violate clearly established law.

The Supreme Court defines “clearly established” as being when a prior court found an officer violated the Constitution under almost identical circumstances. It’s a difficult standard to meet.

Even when the legal standard is met, it usually involves excessive force rather than businesses that want to sue because of a lack of protection.

The idea behind qualified immunity, according to the Supreme Court is to provide “breathing room” to officers to make what is described as reasonable but mistaken judgments. The court fears that without qualified immunity, police could become too afraid on the streets, and it could be a barrier to people entering public service professions.

There is a disconnect here, though, because even when police are found at-fault in lawsuits, they usually don’t pay settlements themselves. The local government pays for the awarded damages.

When Could You Sue the Police?

While there is a tough barrier to overcome, there are certainly situations where people can and do sue the police.

Some of these situations include:

You can see that businesses suing isn’t in these more common scenarios.

Another situation where it’s possible to sue a police officer is for emotional distress. However, you’d have to prove that the officer behaved in a way that was so negligent that their actions led to your emotional stress.

What About Suing the Government Because of Coronavirus Closures?

While a business suing the police for things that happened during civil unrest might be a longshot, what about suing the government for forcing you to close during the coronavirus?

This is another topic of discussion right now.

There are even some cases. For example, a small business in Pennsylvania is suing the government because of the required shutdowns of nonessential businesses.

The lawsuit says that it’s arbitrary and capricious to require small businesses and employees to bear without compensation the cost of coronavirus closures.

At issue potentially in these cases could be the Fifth Amendment to the Constitution, which requires the government to compensate when it takes private property for public use. Some businesses are wondering if that applies to them in this circumstance.

The government is closing the business to help prevent the spread of coronavirus.

However, the Supreme Court has, throughout the years said that the state could regulate or prohibit the use of certain property in the name of public health and safety. Courts will usually reject claims that involve the government restricting or destroying private property to prevent the spread of a disease, but this is a somewhat new situation in modern America, so we don’t really know how these cases might turn out.

Many of these cases are depending primarily on the degree of economic harm a business shoulders.

If the harm is significant, as is the case for many businesses during coronavirus, there could be different outcomes than what you would normally see.

The coronavirus shutdowns may lead a lot of not only small businesses but even very big businesses to close their doors for good.

There have also been cases where the length of business closure is relevant. States with longer-term closures may have to think about this.

In short, we don’t know how the courts are going to handle business cases that could potentially arise against police officers or the government during this uncertain time. It’s not out of the question. However, there could be some instances where both are found to be at-fault for some of the damages businesses have had to deal with during this time.

It could change the legal standards going forward, depending on how some of these cases go.

Interesting Related Article: “What is a Lawsuit?“