Foreign currency exchange is one of the most actively and widely traded markets in the world, with an average trading volume of above US$5 trillion per day. All countries have different currencies traded almost every day in the foreign exchange market. 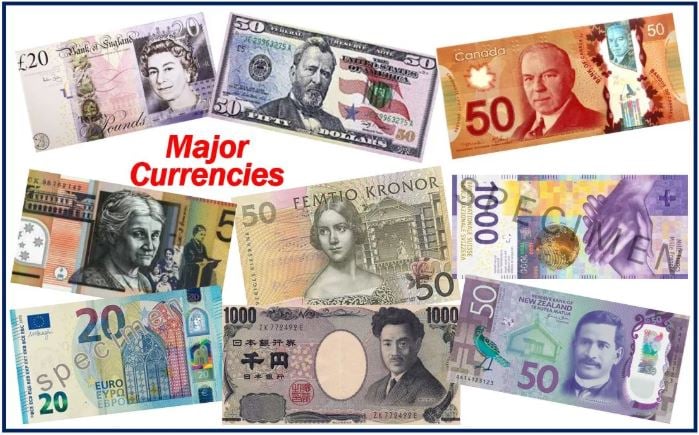 As one of the world’s largest markets, currency exchange entails a lot of things that most people don’t understand. In this article, we’ll look at some facts about currency exchange that probably you didn’t know. Keep reading to learn more about the forex market.

Foreign exchange is the busiest market in the world as it operates on a 24-hour basis and has a lot to offer. Here are the fascinating facts about the market that you need to know.

It is no doubt that foreign exchange providers quote and trade currencies/funds in pairs. The GBP/USD pair got its nickname, the Cable, in the mid-1800s. That was before the advent of fiber optic cables and satellites.

At that time, the exchange rates between the US Dollar and Pound were synchronized and transmitted using a long cable placed under the Atlantic. The cable connected exchanges in London City and New York City, getting the nickname ‘Cable.’

The nicknames got derived from how the animals behave. Bulls usually strike by pushing their horns upwards while bears slash with their claws moving downwards. Notably, there is another group of traders called ‘pigs,’ who don’t know what will happen next.

3. The United States is not the Leading Foreign Exchange Market

Did you know that the United Kingdom has a bigger currency exchange market than the United States? It’s no surprise that the USD is the most traded currency in the world, and accepted worldwide as a legal tender. Besides, 87 per cent of all trades involve the USD.

An average of 5.3 trillion US dollars gets traded on the foreign exchange market each day. It’s about 53 times higher than the New York Stock Exchange and equivalent to four times the world’s GDP. It is so big that it can buy a car for each American household.

5. Forex Trading was Available to Only Banks and Big Institutions

6. The Internet has Revamped Foreign Exchange

Without the internet, currency exchange would not be easy. In the past, most forex trading occurred on the exchange floors. Today, many foreign exchange companies and brokers carry out their services on various online platforms. Clients don’t have to visit their offices to exchange money. Some service providers operate on a 24-hour basis.