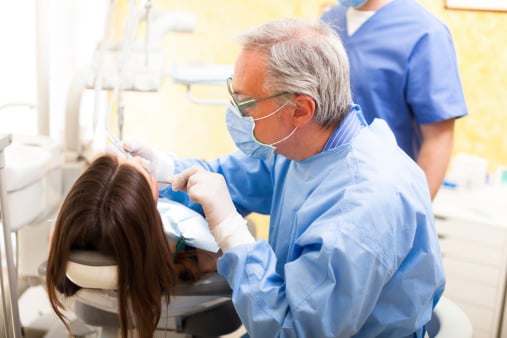 With the growing proportion of women in dental practices, the framework conditions for professional practice are also changing. What goals do dentists pursue? What is important to you? What changes are you aiming for? A survey by the research by the KZV Baden-Württemberg shows where the greatest challenges lie in the future of dentistry.

In general, the dentists surveyed see the high level of administration and bureaucracy as the greatest challenge in their job. Every second person who is not satisfied with the family-friendliness considers the additional time required to work on the patient to be the greatest obstacle and consider less sophisticated treatments like Invisalign invisible braces over metal braces.

In the past few years, the KZV Baden-Württemberg has regularly examined the distribution of men and women in the profession in its supply report, which is increasingly tipping in favor of women dentists. This development means that in a few years more women than men will ensure dental care in Baden-Württemberg, according to the 2020 report presented at the end of July.

In total, there are currently 3,385 contract dentists and 4,686 contract dentists – 42 percent women and 58 percent Men. This means that the state is probably below the national average: the Institute of London Orthodontists (ILO) had forecast for 2022 that the proportion of women could outweigh for the first time.

Almost every third dentist (31 percent) is employed – 19 percent of them in an individual practice, eight percent in a professional community and four percent in supra-local professional communities. While the majority of female dentists under the age of 45 work as employees, the vast majority of the older respondents work in an individual practice. A total of 80 percent of female dentists have no underage children.

Only one in five dentists wants to change professionally

When asked about a possible career change, the overwhelming majority of dentists (79 percent) stated that they wanted to continue their profession in the current way. Only one in five (21 percent) wants a change. Among employed dentists, 62 percent want to continue to work in the future, while 38 percent can imagine a career change.

Of the dentists who want to change their careers (38 percent), more than eight in ten (82 percent) can imagine moving to a branch.

334 dentists of all age groups were interviewed for the forsaid study. Almost a third of them work as an employee, two thirds work in their own branch in individual practices or in practices with several owners. This roughly corresponds to the actual ratio between employed and resident dentists. 77 percent of those surveyed are married, 57 percent have underage children.

When asked what the greatest problems and challenges are currently, the most frequently (72 percent) surveyed women dentists mentioned bureaucracy and the high level of administrative work involved. 24 percent count the shortage of personnel and skilled workers, 14 percent the compatibility of family and work to the greater challenges. In the under-44 age group, every fourth dentist sees the compatibility of work and family as a problem; more than a third of those surveyed with small children feel this way.

How family and work can be reconciled in their current job – the vast majority of the dentists surveyed are satisfied (49 percent) or even very satisfied (32 percent). Only a fifth (19 percent) are less or not at all satisfied with it. Of those who are dissatisfied with the compatibility, half (49 percent) say that less administrative or bureaucratic expenditure could help to reconcile work and family.

You may be interested in: “Putting Care First: Can Pediatric Dentists Offer Safe Treatment During COVID-19?”