There are numerous benefits to expanding your business internationally. It can mean accessing new markets, cutting production or sourcing costs, and more. There are, of course, also costs of international expansion. What can those costs be? Shipping costs? Of course. Import duties? Often. Local representation? Probably. Paying an official to obtain a contract? This may seem like a necessary cost of doing business in some countries, but it is against the law and carries serious criminal and civil penalties. 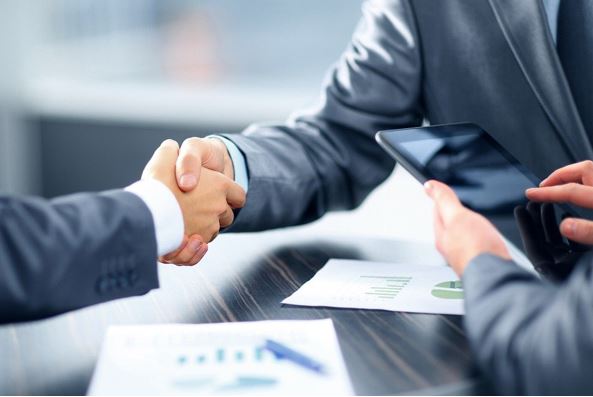 We discuss this legal risk with Jeffrey Gitchel, an attorney who has led compliance and policy teams at a major international corporation. Before going into detail, he summarized the law quite simply: No bribing foreign officials. Period. Remember just that, he says, and you have a pretty good grip on what the law expects.

In 1977 the U.S. enacted the Foreign Corrupt Practices Act, or FCPA, which made it illegal to provide, or even offer, anything of value to a foreign official with the intent of furthering your business interests.

According to Mr. Gitchel, the FCPA has extremely broad coverage and extends well beyond the obvious, pay-for-play type of bribe. Suppose you meet with a foreign official about a possible sale of your products. During your meeting, the official says that she likes to work with good and decent organizations and mentions her passionate interest in a particular charity.

You promote your company’s social responsibility program to show that you are the right type of organization. You also say that the charity sounds like a good one to you and that you’re going to recommend it to the program or make a donation yourself.

Even if you genuinely support the charity’s mission, you have likely just violated the FCPA. That can be the case even if you don’t end up making the donation.

In either case, you’re providing a benefit to the office because she knows that a charity she supports is receiving a donation. It appears that she mentioned the charity for exactly that reason and telling her about your donation looks like it is intended to influence her contracting decision. That is the violation – a thing of value intended to impact the official’s decision.

The FCPA looks at the substance, not the form, explained Mr. Gitchel. This means that you can’t work around its requirements or insulate yourself through a third party.

For instance, you can violate the FCPA if your local agent bribes an official on your behalf, even if the local agent is a foreign national who pays the bribe in his own country to an official of that country. Even if you don’t know about the bribe.

Mr. Gitchel cautions that it’s your job to make sure that anyone acting on your behalf – employee, contractor, or anyone else – complies with the law.

People Who are Foreign Officials

Suppose, for example, an owner of a foreign bank also serves as, say, the country’s finance minister. Or a country has a nationalized healthcare system where the government owns hospitals and you are dealing with their purchasing department or a doctor.

All those individuals are foreign officials. This means that the FCPA can have extremely broad application in countries that have nationalized industries.

Payments that are Permitted Under the FCPA

There are a few, limited types of payments that the FCPA permits. The penalties for violating the FCPA can be significant, so Mr. Gitchel recommends treading lightly and consulting an attorney when considering one of these payments.

First, the FCPA permits so-called facilitating or expediting payments. This is a very narrow exception that applies only when the payment is made to further a routine governmental action and involves non-discretionary acts. If an official has a duty that must be completed, like turning on power at a building, a payment to hasten its completion could fall within this exception.

This exception should be used carefully, Mr. Gitchel advises. Paying an official to issue a license might seem like a facilitating payment, but it likely is a violation of the FCPA, since most business licenses do not have to be issued.

Also, a facilitating payment that is permitted under the FCPA could still violate local law. To avoid the risk of improper payment in violation of either U.S. or foreign law, some companies prohibit facilitating payments altogether, according to Mr. Gitchel.

In addition, you can defend a payment as a reasonable and bona fide expenditure that is directly related to the promotion, demonstration, or explanation of products or services or the execution or performance of a contract. For example, paying the travel and expenses of a foreign official so that the official can assess company facilities or operations is likely defendable under the FCPA.

Mr. Gitchel stressed that these last two defenses are just that – defenses. To avoid being penalized, you have the burden of proof to show that you satisfied the requirements.

Under the FCPA you not only have to do the right thing and not pay bribes, but you also have to be able to prove you did the right thing. And you have to show that you did what you could to catch and prevent the wrong thing.

To prove that you did the right thing, you have to keep books and records that accurately and fairly reflect your company’s transactions and dispositions of its assets in reasonable detail. Mr. Gitchel explains that if the government suspects you of bribery, your books are a key piece of evidence.

Complete, accurate, reasonably detailed records can prove that your company’s transactions were legitimate. Books that don’t meet these requirements invite deeper investigation and violate the FCPA.

You also need to devise and maintain reasonable and effective internal accounting controls to prevent wrongdoing. These internal controls need to assure management’s control, authority, and responsibility for the company’s assets. Suppose, for example, that an employee submits an expense report with a large expense that is characterized as “miscellaneous expenses” and is not supported by a receipt.

Having a system that flags this expense for further review – and actually reviewing the expense – would be appropriate. This is a simple example intended only to shed light on the general nature of the requirements. There is no standard set of controls; Mr. Gitchel says what you need depends on your business.

Why It Matters – The Penalties for Violating the FCPA

Mr. Gitchel cautions that the fines could be higher – up to twice the benefit obtained by making the corrupt payment. In other words, Mr. Gitchel warns, don’t think of FCPA fines as just a cost of doing business – you could lose twice your profits from that business.

Businesses can also face civil liability – up to $16,000 per anti-bribery violation and either the gross amount of the pecuniary gain or a set dollar amount ranging from $75,000 to $725,000 for violating the accounting provisions.

A business entity cannot go to jail, it can only be fined. An individual, on the other hand, can be both fined and imprisoned. And an individual found to have violated the FCPA’s anti-bribery provisions faces a fine of up to $250,000 and imprisonment for up to five years for each violation.

An individual also faces a fine of up to $5 million and imprisonment for up to 20 years for each violation of the accounting provisions. As with business entities, the fine could alternatively be twice the benefit.

Civil penalties for individuals parallel those that can be assessed against businesses, with a lower set dollar amount for accounting violations. That is, individuals can be required to pay up to $16,000 per anti-bribery violation and either the gross amount of the pecuniary gain or a set dollar amount ranging from $7,500 to $150,000 for violating the accounting provisions.

As your company grows, international opportunities may become more attractive. However, navigating those foreign waters is not without life-threatening dangers for your business and life-altering risks for you and your employees. Fail to sail safely and carefully and you could feel like you are on a cruise ship with a Covid-19 infection – even a small infection can contaminate the entire ship.