What is a dotard? Definition and examples

A dotard is an elderly person who has become physically and mentally weak. It is a person in his or her dotage. Dotage refers to a period or state of senile decay, marked by deteriorating alertness and composure.

Dotards are old, weak, mentally slow and clumsy, and confused.

According to the Cambridge Dictionary, a dotard is:

“An old person, especially one who is weak and confused. For example: “He was no drivelling dotard, but a smart, upright, handsome old man,” or “A decrepit old dotard.”

In 1387, Geoffrey Chaucer used the word ‘dotard’ in The Canterbury Tales, his famous collection of stories. He used the term many times to describe aged, weak men who were not longer virile.

Geoffrey Chaucer (c. 1343-1400), was an English author and poet, considered the greatest English poet of the Middle Ages. 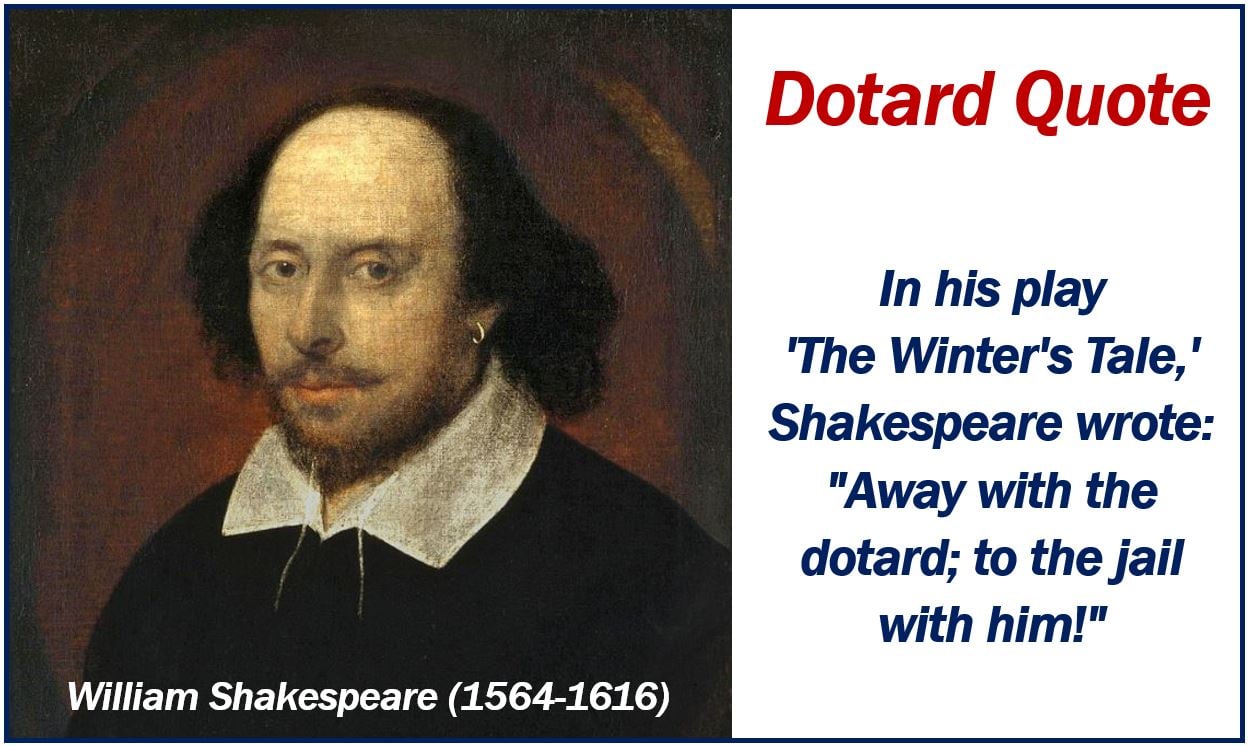 William Shakespeare used the word in many of his plays in the late 1500s and mid 1600s. He used it in The Taming of the Shrew, The Winter’s Tale, Cymbeline, and Much Ado About Nothing.

William Shakespeare (1564-1616) was an English playwright, poet and actor. Today, he is widely regarded as the world’s greatest writer and dramatist in the English language.

Etymology is the study of the history and origin of words and how their meanings evolved over time.

Etymonline.com says that the term ‘dotard’ emerged in the English language in the late fourteenth century, with the meaning “imbecile, one who is in dotage or second childhood.”

It also meant “one who dotes, one who is foolishly fond.” The word no longer has this second meaning today. 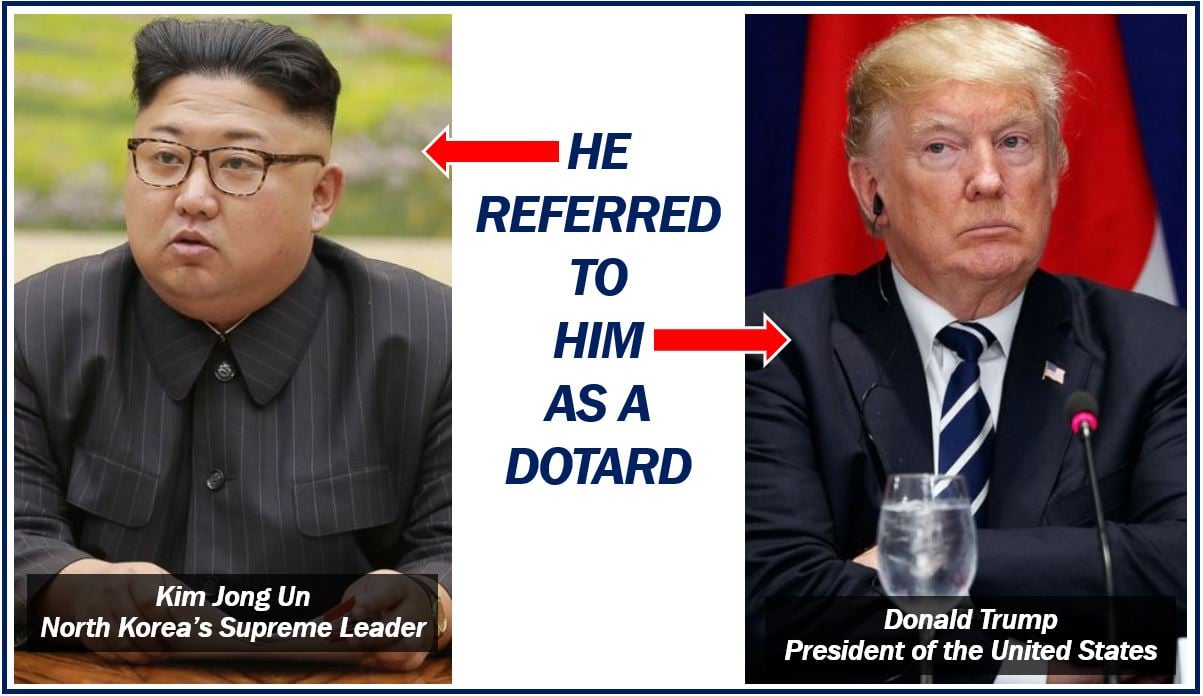 Most native-English speakers did not know what the word meant until 2017, when Kim Jong Un, the North Korean leader, used it to describe US President Donald Trump.

Kim did not actually use the word, he was speaking in Korean. The official English translation of the Korean word is ‘dotard.’

“Now that Trump has denied the existence of and insulted me and my country in front of the eyes of the world and made the most ferocious declaration of war in history that he would destroy the DPRK, we will consider with seriousness exercising a corresponding, highest level of hard-line countermeasure in history.”

Action is the best option in treating the dotard who, hard of hearing, is uttering only what he wants to say.”

Since then, the term ‘dotard’ has come back into fashion, in nearly all cases, when referring to Mr. Trump. When some critics or comedians refer to Trump’s badly-spelled Tweets, incoherent speeches, or his alleged inability to separate fact from fiction, they use the term ‘dotard.’

On another occasion, also referring to Trump, Kim said:

“I will surely and definitely tame the mentally deranged U.S. dotard with fire.”