The Evolution of Ford Cars in Modern Society

The venerable Blue Oval has been around in the USA for a really long time – since its establishment in 1903, to be precise. Since then, it has produced numerous nameplates that have since undergone significant evolutions, yet many of Ford’s cars have stood the test of time through the continuous improvements and innovations that have driven the competitive industry. But even with such consistent progressions, many of the brand’s cars have also had to bow away from the automotive arena to make way for new vehicles, thanks to mass appeal.

Coming into the modern age, design language, performance capabilities, and the average car buyer’s perceived values have all changed. As a result, automakers had to adapt products to the new and diverse range of appeals, to the ever-advancing competition, and to the new expectations of buyers.

A Legacy Built on Trucks

The Ford that we know today established itself on the sales of its very popular range of F-Series trucks. This range comprises light-duty, medium-duty, and heavy-duty full-size pickup trucks and commercial utility vehicles, including the F-150 pickup, the F-250 to F-450 Super-Duty series, F-450/550 Super Duty chassis cabs, and the F-650/750 Super Duty class six to eight trucks.

The F-Series is still the best-selling pickup truck in America today and the highest-selling vehicle in the country overall. Ford not only led the segment in popularity decade upon decade, but with the F-150 entering its thirteenth generation, it’s clear that it has also been at the forefront of innovation, with a key advancement being its shift to an aluminum chassis.

Pick-up trucks are still Ford’s best-sellers today with the renowned F-150 retaining the number one position in annual sales topping pickup trucks from all other US automakers. But why is it that the F-150 is such a beloved utility and the best-selling vehicle in the US? Well, from its many powerful engine options to its configurable cab and cargo bed sizes, the F-150 is a very dynamic pickup, making it super versatile and easy to configure to one’s requirements. It’s an immensely practical and capable pickup, too, with even the very base models offering impressive maximum payload and towing capacities.

It’s easy to tell that Ford hit a mark with its pickup trucks that not many other automakers have even considered reaching. Ford made sure to compound on the early success of its utility trucks and has over the years only raised that bar higher, continuously bettering its offerings and ensuring that they meet nearly every need.

The SUV and Crossover Resurgence

Sedans and hatchbacks were the vehicles of choice for family’s all over the US for a long time – and for good reason. At the time, these were the easiest models to produce on a factory line, which subsequently made them low-cost to produce. As a result, automakers could offer these vehicles at relatively affordable MSRP’s, so just about anybody with a salary could get their hands on one. Both vehicle types offered balanced performance, decent fuel economy, and satisfactory amounts of cargo hauling practicality, making them ideal as daily transports.

Unfortunately, these auto’s were typically stuck with a single focus in appeal, either in all-out performance, luxury comfort, or affordability, while at the same time SUVs were seen purely as purposed off-roaders. This is where the value of crossover SUVs became apparent, with their all-rounder perks and overall versatility, rendering sedans and hatches near obsolete. How so? Well, with the ideal combination of an SUVs commanding ride height, commodious cabin, and expansive cargo area, but fused with the easy drivability and fuel-efficiency of a traditional car.

Even performance-focused crossovers, such as the Escape ST, have gained a large following as genuinely fun and capable rides that carry all the practicality of a suitable family car, too. Popularity for genuine off-road SUVs, such as the Bronco, has persisted for a time already, now with their more compact designs, dynamic suspension settings, and luxury levels of features only making them even more usable as daily runabouts.

Finally, with the move to eco-friendly transportation, buyers can now even get behind the wheel of crossover SUVs such as the Mustang Mach-E, a sporty coupe-like SUV with enjoyable performance, and fully-electrified propulsion.  The variety of vehicles within the high-riding class and their versatility as multi-purpose vehicles, has them catering to a wide variety of needs.

The Advancement to Electric Vehicles

With the importance of eco-friendly transportation growing ever more prominent around the globe, it’s only a matter of time before every automaker includes an alternative fuel vehicle within every vehicle class in its range. In Ford’s compendium, while HEVs and PHEVs have been relatively recent moves, EVs aren’t as new to the catalog, with the Ranger EV having made a brief appearance from 1998 to 2002.

Joining the list now is the Mustang Mach-E fully electric midsize crossover SUV offering around 300 miles range on a single charge of its battery. The Ranger EV offered only around 65 miles on a single charge. With the advancement in battery technology, extended application of long battery life is now more viable than ever before. 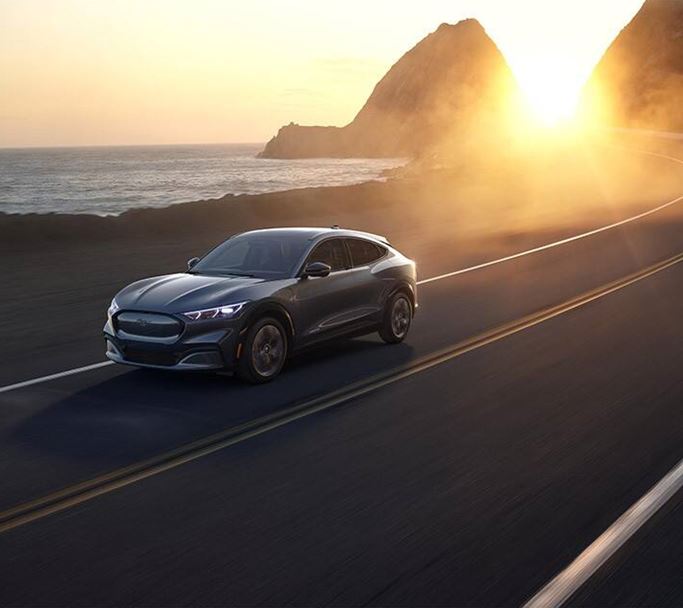 There’s even speculation that Ford will bring out a fully electric version of the all-popular F-150 pickup truck. With that in mind, it’s clear that vehicles of all types will soon be able to deliver exhilarating performance and impressive utility, all on electrons alone. The advancement of EV technology has been on a dominant upcurve over the past decade, and what the future holds should be exciting for car enthusiasts and casual drivers alike.