What is a banner? Definition and examples

A banner may be a long piece of cloth or a flag on which there is a slogan, logo, symbol, advertisement, or other type of message. People use them in marketing, demonstrations, public events, and protests.

Since the advent of the Internet and eCommerce near the end of the last century, the term banner has also included messages, often adverts, placed on web pages.

Many types of banners 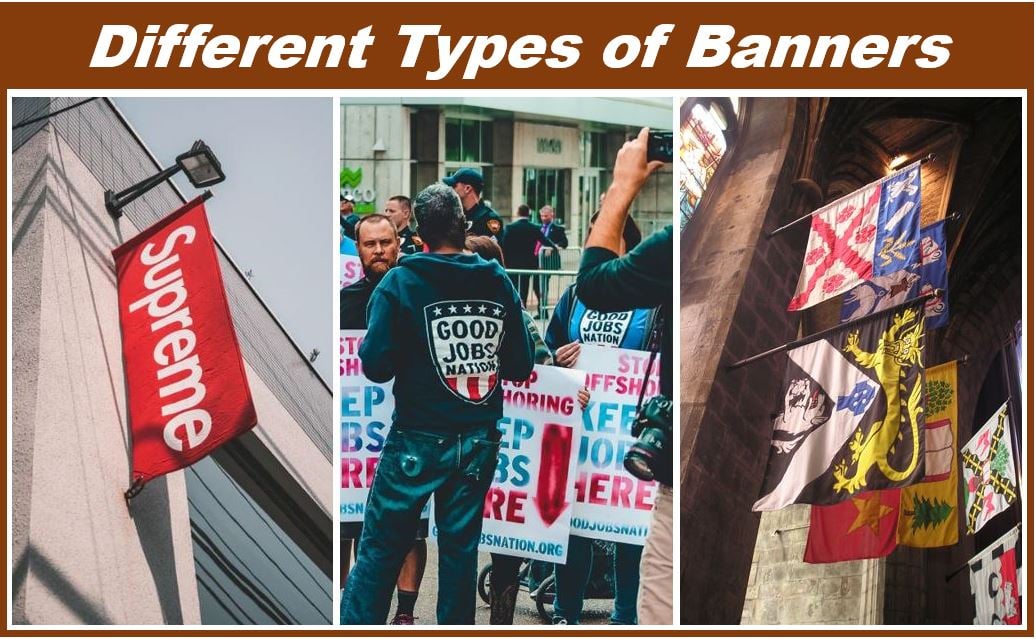 We often see banners during sports matches. Soccer (UK: football), rugby, football (UK: American Football) and other teams or clubs have banners. When a team wins a major national or international competition, crowds holding that club’s banner parade in the streets or at the airport where they welcome their players home.

A banner of arms or heraldic banner displays the coat of arms of a family, region, or country. Historically, the same design appeared on the shield of knights and other warriors.

This article focuses on the meaning of the term in the world of business; specifically marketing and advertising.

“A strip of material showing a name, such as of a sports team, or a message, which is often put in a place where it can be seen by many people.” 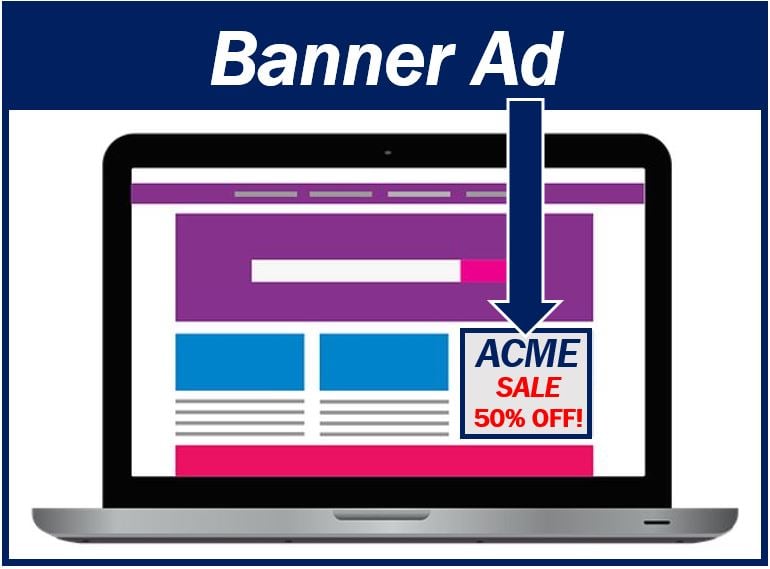 Banner ads are advertisements that companies and other organizations display on web pages. Typically, they consist of an image, video, or multimedia object. These type of ads may be still (static) or animated.

The aim of the advertiser is to attract visitors to a specific website or remind consumers of a product, service, company, or brand.

“A web banner or banner ad is a form of advertising on the World Wide Web delivered by an ad server. This form of online advertising entails embedding an advertisement into a web page.”

“It is intended to attract traffic to a website by linking to the website of the advertiser.”

Even though digital marketing and advertising have become multi-billion dollar global markets, offline campaigns are still important, and in many cases extremely effective.

For companies on a limited budget, banners or feather flags are useful options. With outdoor portable displays, entrepreneurs can control where to place their ads.

In a Market Business News article on feather flags, we wrote:

“Outdoor banners are a popular way to advertise because you have more control over how you are going to display them as well as their content.”

Retractable banners, which can be folded up, are very easy to use and carry. They can also fit in tiny spaces.

Etymology is the study of where words came from, i.e., their origins, and how and when their meanings changed over time.

The word banner appeared in the English language in the twelfth century with the meaning “piece of cloth attached to the upper end of a pole or staff.” It came from the Old French word “Baniere,” which meant “flag, standard, banner.”

The Old French word came from the Latin word “Bandum,” which means “standard.” It was not until the beginning of the 20th century that the term also acquired its modern marketing meaning.