Capital gain is the opposite of capital loss. A capital loss occurs when I sell a capital asset for less than its purchase price.

The term ‘capital gain’ refers to the investment income one gets from property, shares, bonds, and intangible assets.

Most governments impose a tax on capital gain. The UK Government calls it ‘Capital Gains Tax.’

The UK Government says the following on its website regarding Capital Gains Tax:

“Capital Gains Tax is a tax on the profit when you sell (or ‘dispose of’) something (an ‘asset’) that’s increased in value. It’s the gain you make that’s taxed, not the amount of money you receive.”

When selling capital assets, if you have done well, you will also have a large capital gains tax bill.

Example of a capital gain

In most countries, gifts to a spouse, a civil partner, or a charity are not liable for capital gains tax. However, check with your tax authorities, because many gifts are taxable. 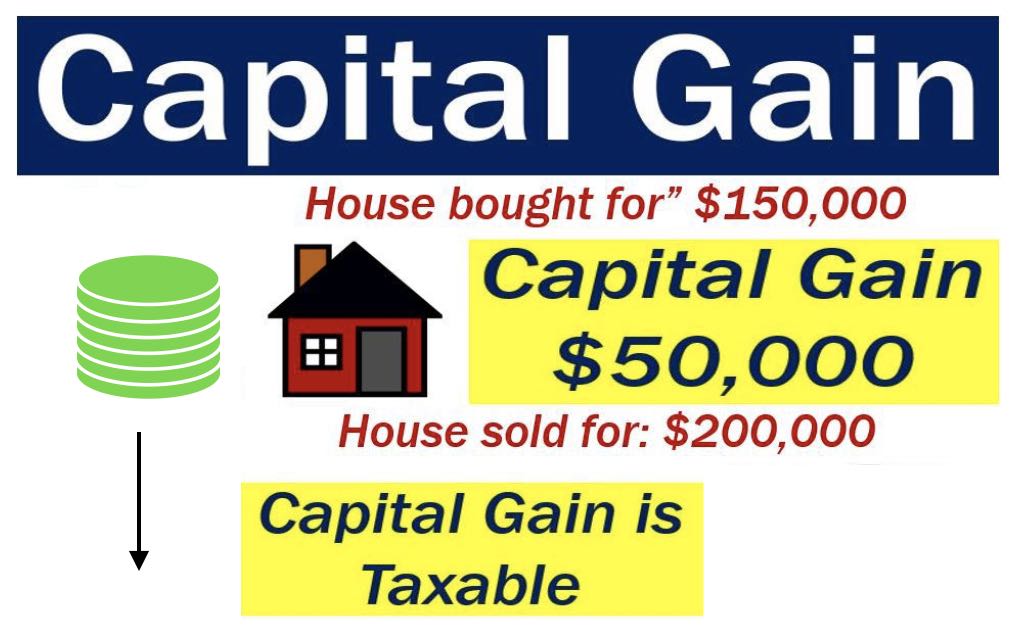 Capital assets are, in theory, things that we use to produce goods and deliver services. For example, machinery, equipment, vehicles, etc., are capital goods.

However, most tax authorities, including the United States Internal Revenue Service (IRS), have a wide definition of the term. They classify stocks, bonds, and some other investments as capital assets.

According to the IRS:

“Almost everything you own and use for personal or investment purposes is a capital asset. Examples include a home, personal-use items like household furnishings, and stocks or bonds held as investments.”

Most countries’ tax authorities classify capital gains and losses into long- or short-term. If you have held it for over 12 months before selling it, the capital gain is long-term.

On the other hand, if you have owned it for one year or less, the capital gain is short-term.

The Nasdaq Business Glossary says the following about capital gain:

“When a stock is sold for a profit, the capital gain is the difference between the net sales price of the securities and their net cost, or original basis.”