Foreclosure occurs when a lender forces a borrower to sell an asset in order to pay back a loan.

Foreclosure is the process through which a lender takes title and possession of a property and then sells it in a foreclosure auction.

Lenders often ask for a borrower to have a loan secured by an asset (such as a house in the case of a mortgage). If the borrower fails to make his or her mortgage payments, then the lender eventually has the right to take possession of the property.

Lenders take on a lot of risk when loaning large sums of money, and they need collateral to give them security. Therefore, when homeowners fail to make their mortgage payments the bank will want to reduce its losses by taking possession of the home and then selling it (usually at a lower price). 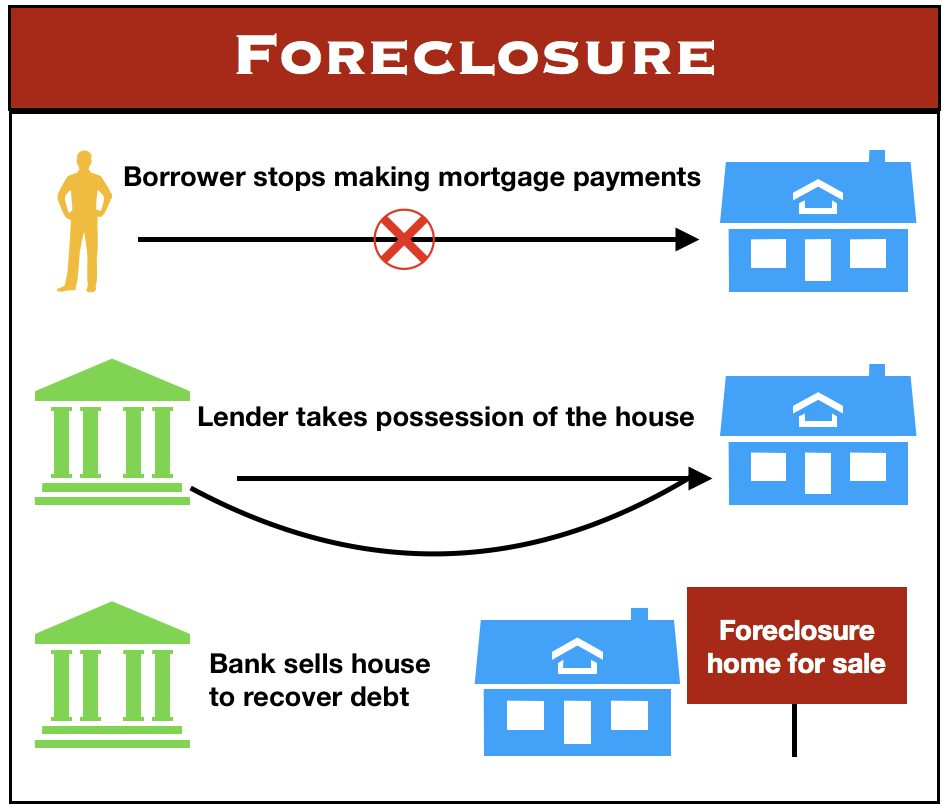 More than 1 million people lost their homes in the United States in 2008.

According to merriam-webster.com, to foreclose means:

“To take back property because the money owed for the property has not been paid.”

When homeowners default (fail to make mortgage payments) lenders will typically provide a letter of notice indicating that they plan on taking possession of the home – filing a lawsuit against the borrower.

The lender normally states that the whole balance is due (attempting to get a judgment against the borrower for that amount), in addition to asking for a decree (an official order that has the force of law) to sell the property at a foreclosure sale.

If the property being foreclosed is sold for less than the remaining balance on the primary mortgage loan, then the lender can make a deficiency judgment.

What is a deficiency judgment?

If the value of the house is not enough to cover the total amount borrowed then the bank can go after anything else the borrower owns to make up the difference.