What are hormones? What do they do?

Hormones are signaling molecules that control vital functions such as movement and growth in organisms. The human body produces them in a collection of glands known as the endocrine system. The molecules travel from the glands through the bloodstream to tissues and organs. 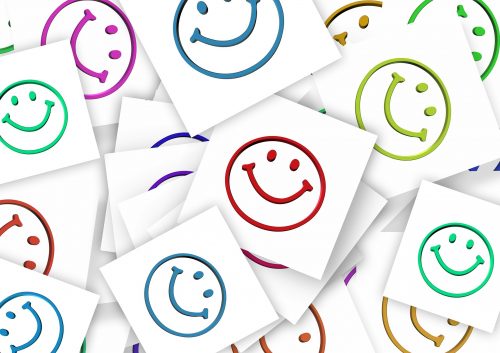 Happiness is one of the many things that hormones help to regulate. Image: pixabay.com.

Merriam-Webster define hormone as a “product of living cells that circulates in body fluids or sap.” They go on to explain that the signaling molecules often stimulate cells in specific ways and that their targets are usually quite far from their origins.

Hormones and the endocrine system

The human body produces hormones in a series of glands known as the endocrine system. The hormones help to regulate many essential processes, such as:

Disruption to the endocrine system can lead to disease. Several factors – including aging and stress – may be involved.

Hormones control specific functions in cells, tissues, or organs. For their control signals to work, the targets have to respond. The responses occur when the hormones connect with receptors that recognize them.

It often only requires a tiny amount of hormone to evoke a response.

The following list gives the main glands of the endocrine system:

Recently, scientists have extended the term hormone to include signaling molecules that can cross cell walls as well as those that travel through the bloodstream.

Control of the endocrine system

Much of the control of the endocrine system lies with two neighboring glands: the hypothalamus and the pituitary. These glands occupy a small area between the base of the brain and its stem. Their relationship with each other and to the rest of the system is complex and intricate.

The hypothalamus is responsible for a range of functions, such as hunger, mood, body temperature, thirst, sex drive, sleep, and regulating hormones from other glands. It also maintains homeostasis – a state of balance in the body’s systems.

Many of the functions that the hypothalamus controls are part of the autonomic nervous system – the system that works without conscious effort. Scientists see the gland as a key link between the nervous and endocrine systems.

The pituitary is the master gland of the endocrine system. It uses 10 different hormones to control the release of hormones by other glands.

Hormones act on their targets depending on their type. A steroid hormone, for instance, crosses into the cell through its membrane and locks onto a receptor inside the nucleus. This union triggers or stops a unique genetic activity in the cell.

Protein hormones do not enter into the cell. Instead, they lock onto receptors that sit on the outside of the cell wall. This action triggers a chemical messenger inside the cell.

Examples of hormones and what they do

The human body has around 50 different hormones. Most of these originate in the endocrine system and travel to their targets through the bloodstream. Here is a brief description of five of them:

Serotonin – while best known for its effect on happiness, this hormone has many roles throughout the body. The other functions that it impacts include: brain communication, sleep, eating, digestion, bone health, and blood clotting.

Testosterone – is important for sexual and physical development and fertility in males. Smaller amounts of testosterone also occur in female bodies where it influences ovarian function, sex drive, muscle strength, and bone health.

Estrogen – is one of the two principal sex hormones in females, the other being progesterone. It is responsible for female sexual and physical development and fertility. Lower levels also occur in males. The hormone also contributes to cholesterol control, bone health, and heart function.

Ghrelin – is perhaps best known for its role in appetite. For this reason, it has acquired the nickname “hunger hormone” – it makes our stomach rumble when we feel hungry. However, ghrelin also contributes to the control of homeostasis and the release of growth hormone.

Growth hormone – has complex roles in growth and metabolism. Growth relies on the coordinated activity of several hormones. For instance, there are some that trigger liver and other tissues to start growth activity. The molecule also contributes to protein, fat, and carbohydrate metabolism. In the latter, for example, it helps to keep levels of blood glucose normal.

Some chemicals can disrupt the endocrine system and throw the body’s hormones off balance. Those who study them call these substances endocrine disruptors. The chemicals can exert their effects in several ways. For instance, they can:

The main evidence for these effects has come from observations of changes to wildlife. Scientists around the world have noted changes in fish, crustacea, birds, reptiles, and mammals.

Endocrine disruptors include natural hormones from animals, toxins from plants, and man-made compounds. Examples of the latter – such as the contraceptive pill and hormone-targeting cancer drugs – have been detected in sewage.