What is a legacy system? Definition and meaning

A legacy system, also known as a legacy platform, is one that is based on obsolete technology or equipment. The term is commonly used for computer systems, but is sometimes uttered to refer to other parts of a commercial enterprise or organization. It is not uncommon to find that the upper management is unwilling to replace the legacy system because of the money and effort that was invested in acquiring and implementing it in the first place.

In the world of information technology, legacy system refers to an old application program or computer system. It is generally a pejorative term, and when used suggests that the system needs to be replaced.

The term was first used in the 1970s to describe computer systems. By the middle of the 1980s it was commonly used when talking about existing IT systems, distinguishing them from the design and implementation of the then ultra-modern systems. 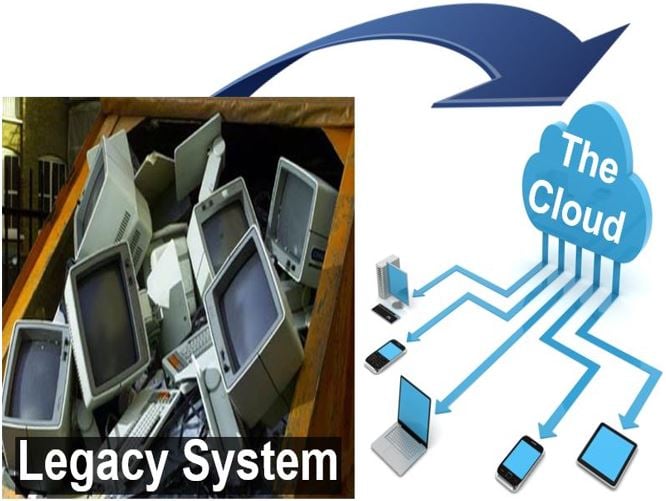 Many US Federal agencies’ computer systems are ancient. The cloud is a blessing for them, because they can jump into today’s IT environment with much less disruption that trying to completely transform their internal computer systems and software.

Legacy was commonly heard during a conversion process, e.g. when transferring data from a legacy system to a new database.

A legacy system may also be related to terminology or processes that are not applicable any more to current contexts or content, thus creating confusion.

“A computer system or application program which continues to be used because of the cost of replacing or redesigning it and often despite its poor competitiveness and compatibility with modern equivalents. The implication is that the system is large, monolithic and difficult to modify.”

Most organizations have a legacy system

Theoretically, it would be marvelous to have immediate access to use state-of-the-art technology. However, in reality, the majority of organizations have legacy systems – to some degree.

Companies may have problems if their legacy systems no longer have security support, regular upgrades, or have become incompatible to many current systems. 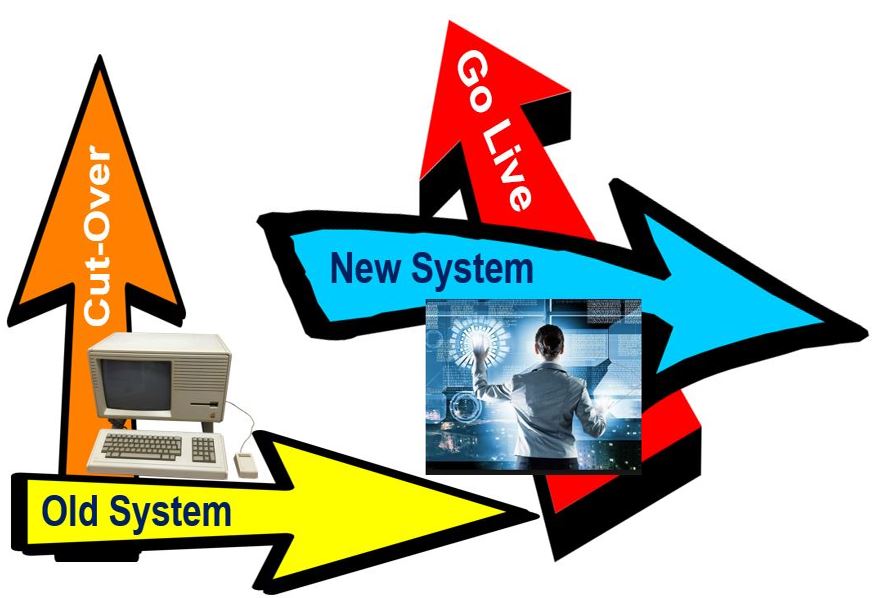 The transition from a legacy system to state-of-the-art workstations may be expensive and somewhat disruptive. However, we now live in a digital world. Since the turn of the century, more and more of a work and personal lifestyle activities are done online. Companies that are unable to keep up will definitely fall by the wayside.

Legacy systems may not necessarily be just old. It may be a system that no longer has vendor support, or has become unsuitable for the requirements of the organization.

Techopedia.com gives the following example of a legacy system that is not necessarily defined by age:

“A large mainframe may use a 64-bit Java, while a Linux platform might utilize code from the 1960s. Legacy conditions refer to a system’s difficulty (or inability) to be maintained, supported or improved. A legacy system is usually incompatible with newly purchased systems.”

Companies and other organizations may continue using legacy systems for several reasons, such as:

– Historic data may not have been transferred into the new system format, but some may still be kept in the old system. Although not an ideal situation regarding business intelligence, converting everything to the new system could be something the management has penciled in for a later date.

#thecloud could save your business thousands. Check out this cool info graphic on the back of the @risual main stand #FutureDecoded pic.twitter.com/E4guFstHWO

According to a recent report, sixty-eight percent of insurance firms see legacy systems as the largest obstacle to digital transformation.

Retail banks have similar legacy system problems, but are slightly further along their digital journey. With the explosion of online retail banking, it became impossible for banks to completely ignore customer demands for user-friendlier services. Insurers, however, have been much slower to adopt these technologies.

In current retail banking, fintech (financial technology) is a term used across most financial reports. In fact, any bank worth its salt today has a fintech plan. Some retail banks are calling themselves primarily fintech firms, while the larger, traditional financial institutions are investing heavily in developing, state-of-the art, customer-friendly digital services.

According to a recent study, sixty-four percent of the largest insurance companies globally have invested in ‘insurtechs’ (insurance technologies).

Despite several years of expensive modernization efforts, federal agencies grapple with obsolete and cumbersome IT systems.

According to a recent Government Accountability Office report, the cost of operating and maintaining these ancient computers and applications increased progressively over the past decade. In 2015, over 75% of the federal IT budget went to legacy systems.

However, the financial resources available to invest in new IT development and improvements has plummeted by $7.3 billion since 2010.

Many government technology leaders today see ‘the cloud’ as a solution to the legacy conundrum. The cloud – or cloud computing – means storing and accessing programs and data over the Internet instead of the hard drive in your computer. Put simply, the cloud is a metaphor for the Internet.

The cloud allows the federal agencies to leapfrog into a rapid, agile and scalable system in the cloud. A number of agencies have already taken to the cloud, transitioning within current IT budgets and around less-than-optimal conditions.

Video – What is a legacy system?

In this Out-Law Digital video, Robin Crewe talks about what a legacy system is. In fact, as occurs when you purchase a brand new car, the moment you have bought and installed a new system, it becomes a legacy system – it is not longer new.