What are the major currencies? Definition and examples 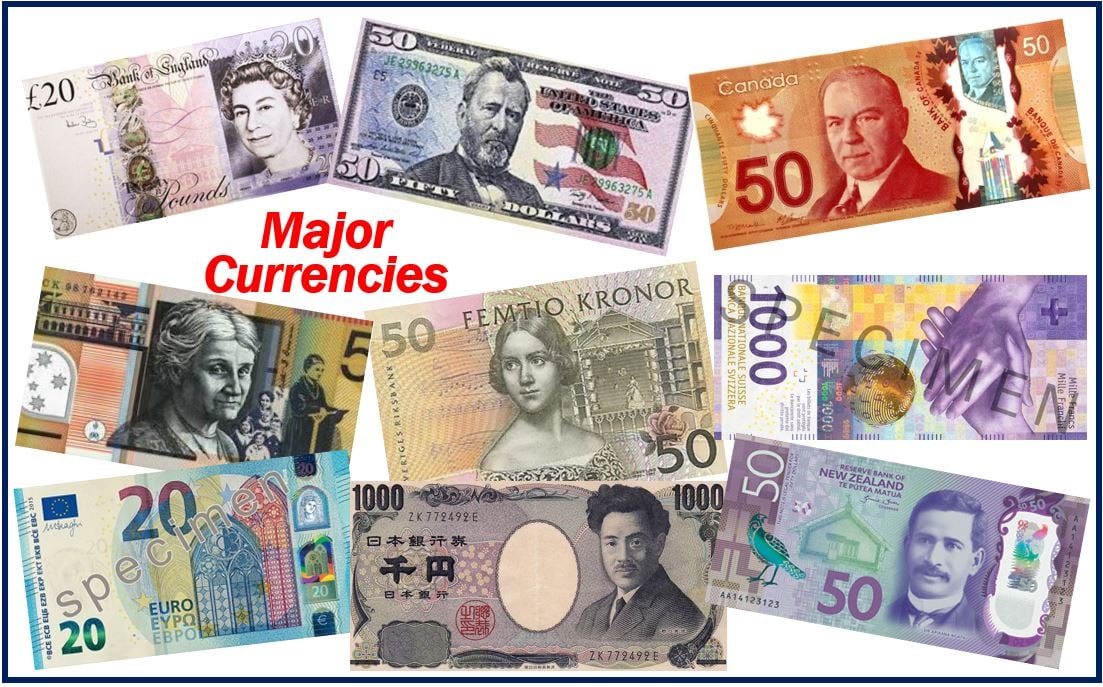 The major currencies are those in which most of the world’s foreign transactions are denominated. They are also the currencies that countries most commonly value their own currency against.

People also refer to the currencies we trade with the most as the majors. The majors make up approximately 85% of the foreign exchange market, and therefore exhibit very high market liquidity.

Liquidity refers to how quickly we can convert an asset into cash. The most liquid asset is cash. A very liquid currency is one that we can easily convert into local currency or from local currency.

An illiquid currency, on the other hand, is difficult to cash in or convert into local currency. The Venezuelan Bolivar, for example, is very illiquid.

BusinessDictionary has the following definition of the term:

“British Pound (GBP), Euro (EUR), Japanese Yen (JPY), Swiss Franc (CHF), and US Dollar (USD), the currencies in which most of the world’s foreign transactions are denominated and against which the value of a local currency is measured.”

A currency pair is the quotation of two currencies in the foreign exchange market (Forex). We value one currency being quoted against the other.

We call the two currencies in currency pairs the counter/quote and base/transaction currency.

This is the currency that we are using as a reference. In other words, the currency against which we are comparing the base currency.

Base or transaction currency

This is the currency that we quote in relation to the counter currency. 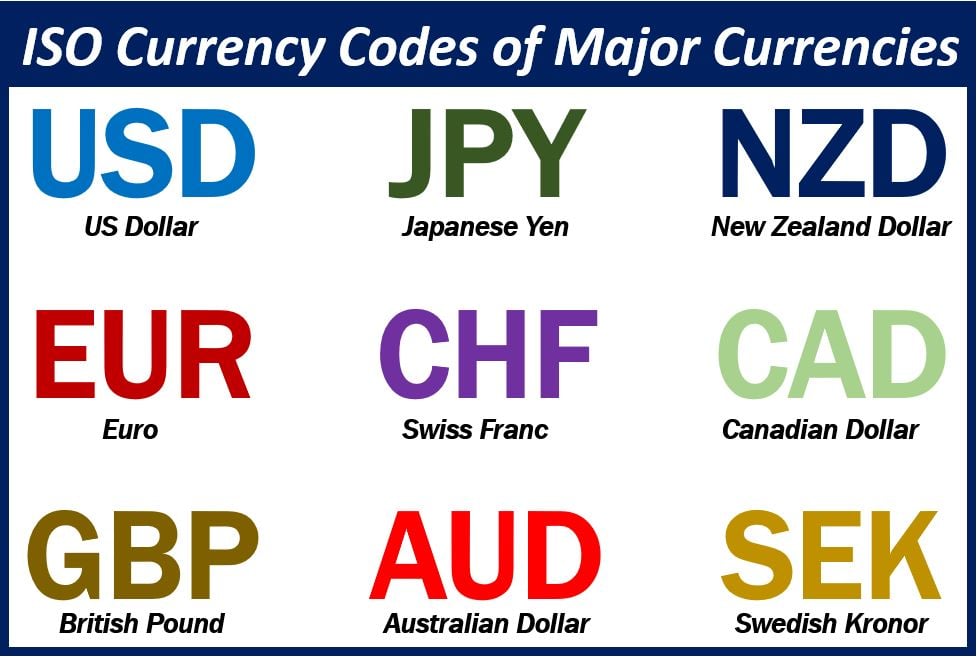 With currency pairs, we usually write them using the ISO currency codes (ISO 4217) of the base and counter currencies. We separate the two codes with a slash. Some people place a dash or a dot instead of the slash.