What is (a) negotiation? Definition and examples

A negotiation is a discussion involving at least two people whose aim is to reach a deal, agreement, or settlement. All the participants hope that the outcome of the discussion is beneficial for everybody. 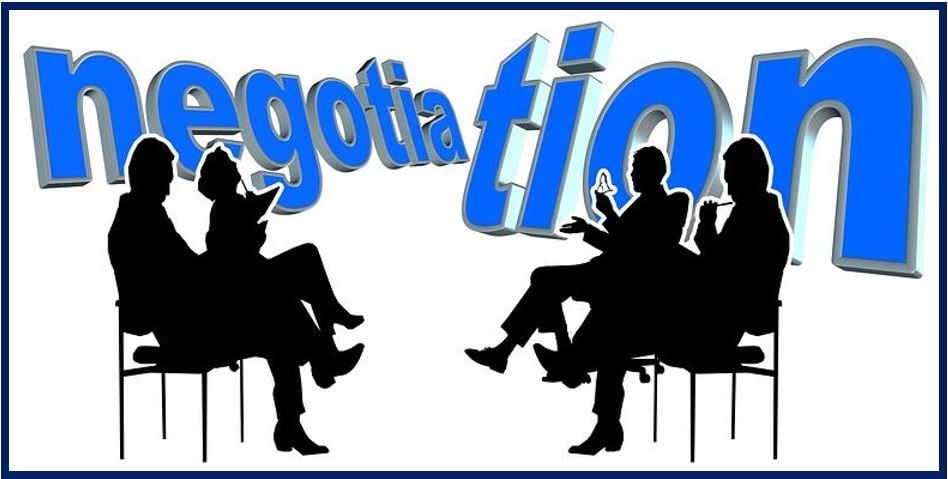 The verb is to negotiate. We call the people who take part in a negotiation the negotiators. The adjective is negotiable.

If a prospect asks me whether my price is negotiable, it means that he or she wants a discount. A prospect is somebody who I believe could turn into a paying customer.

A negotiation is a strategic type of discussion. Each negotiator wants or has been told to get the best deal possible. Before coming to an agreement, each party tries to get the other to see their point of view.

In most negotiations, participants agree in advance to be polite to each other and avoid arguing or quarreling. If the parties all agree to a compromise, they will announce that their meeting was a success.

Investopedia.com has the following definition of the term:

“A negotiation is a strategic discussion that resolves an issue in a way that both parties find acceptable.”

“In a negotiation, each party tries to persuade the other to agree with his or her point of view.”

If a group of people are having a discussion in which they are trying to settle differences, it is a negotiation. Although each participant tries to get the best possible outcome for themselves or whomever they represent, they also follow the principles of seeking mutual benefit and fairness. Additionally, they try to maintain a cordial relationship.

Negotiations exist in many situations, including:

Throughout most of our lives, we become involved in hundreds of situations in which we need to negotiate. For example, when you were a child, perhaps you asked your parents for more pocket money, a later bed-time, or promised to be super-good if they let you go to a party. Being good at negotiating is definitely a useful skill as far as our personal lives are concerned.

In the world of business, however, not only is it useful, but it is also a basic necessity. People with poor negotiation skills are much more likely to go bankrupt than their skilled counterparts.

In an article published by Entrepreneur, Geoffrey Michael wrote:

“Emotion, luck and magic have no place in a successful negotiation. It takes an iron gut, homework, street smarts and unblinking discipline. These keys will unlock your ability to get the best deal possible under any circumstances.”

If you want to be a really good negotiator, read the following suggestions carefully:

Preparation is key. You are unlikely to achieve your goals if you do not research the topic. You also need to carefully think through your options.

What do they want and why? 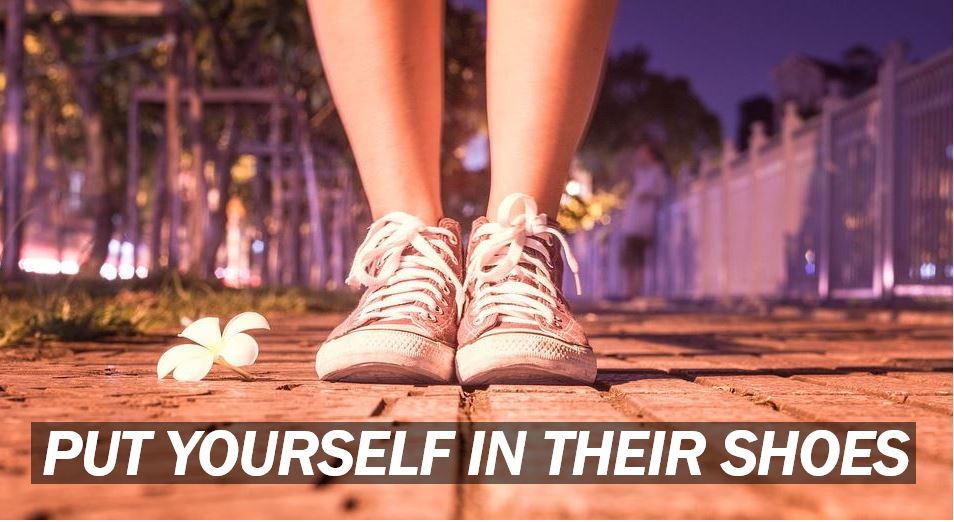 Consider all points of view, i.e., put yourself in the other people’s shoes. You need to understand where they are coming from.

What do you want?

What exactly are your goals? It is crucial that you define them clearly beforehand. Also, how flexible can you be if you cannot get everything you want?

Keep your emotions in check. Emotions are often the negotiator’s biggest enemy. You must remain calm and view every argument or comment with a cool head. Don’t let anything cloud your judgement.

Be a good listener

Listen to what the others have to say. The more you listen, the more successful you will become.

Tell everybody what you want. Calmly explain to them what your ideal outcome would be and why. Above all, remain calm as you do so.

Never make it personal. It is important to concentrate on the issues at hand, rather than the people in front of you. Criticize facts rather than people.

In a win-win negotiation, there are no losers, i.e., everybody comes out on top.

Re-schedule if you have to. If you feel that the discussion is not getting anywhere or not going in the right direction, don’t be afraid to suggest that everybody meet again at a later date. In fact, you may even find that they are grateful for your suggestion.

Congratulate the others on a good discussion. A negotiation is only completely successful if everybody adheres to the details of their agreement. If somebody does not feel good about the outcome, there is a good chance that the agreement won’t last long.

In a Forbes article, Lisa Quast made the following comment:

“Being a good negotiator can make a big difference in your career. It can help you earn more money (by negotiating a better starting salary or a raise), a higher title (by negotiating a promotion) or even budget money (to take on a prominent project).”