What is percentile? Definition and meaning

Percentile or centile is a value or number that represents a percentage position on a range or list of data – the person or thing at that number of value is above that number in percentage. For example, if the exam results of schoolchildren at a specified school in a nationwide study is at the 65th percentile, it means that that school performed better than 65% of all the other schools in the country.

The term is part of the family of words ending in ‘ile’, like ‘quartile’, that signpost positions on a scale of numbers. 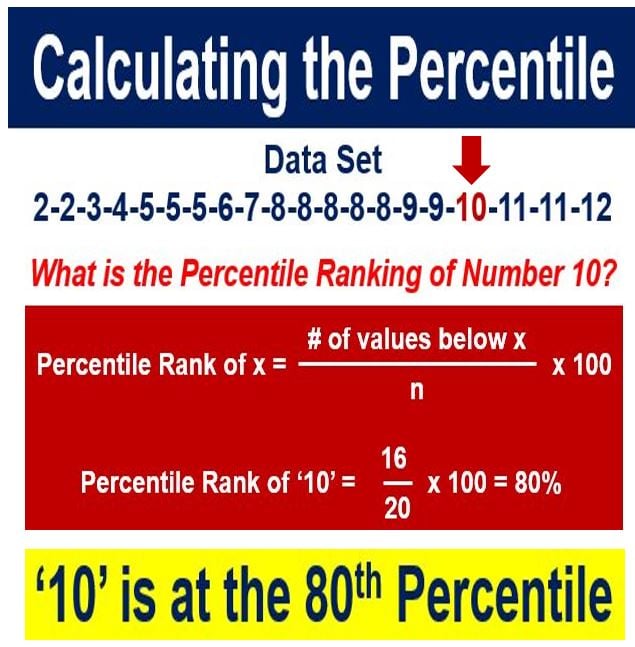 Percentile, a measure used in statistics, always has a number next to it – it indicates that the person or thing being measured or evaluated is at the top of that number in percentage terms. For example, imagine a country has just 100 people, and Mr. Brown is at the 42nd percentile regarding physical strength. This means that there are 42 people physically weaker than him.

Percentiles are used extensively to report scores in academic exams and tests, such as LSAT, GRE and SAT. For example, in 2013, the 70th percentile for **GRE was 156 – so, if you scored 156, you did better than 70% of test takers.

** GRE (Graduate Record Examination) is a standardized test in the United States that is an admissions requirement for most graduate schools.

According to mathsisfun.com – What does percentile mean?

“Percentile by definition is the value below which a percentage of data falls.” 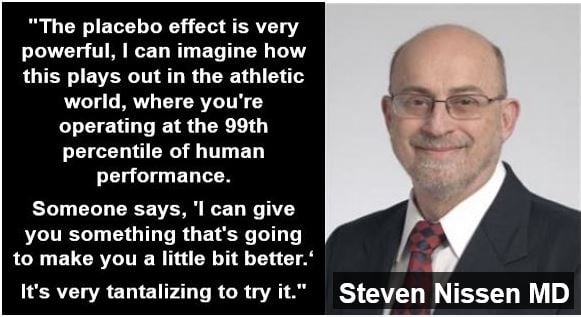 Dr. Steven E. Nissen is a cardiologist, patient advocate and researcher. He is Chairman of Cardiovascular Medicine at the Cleveland Clinic, Cleveland, Ohio, USA. He is the primary force behind intravascular ultrasound (IVUS), an imaging technology that allows researchers to see and measure atherosclerosis. He has headed several inquiries regarding the scientific integrity of a number of medications that are currently on the market. (Image: my.clevelandclinic.org)

Quartiles divide the data set into four equal groups, with each group comprising one quarter of the data.

Doctors and health care professionals commonly use children’s and infants’ height and weight to assess their growth in comparison to the averages and percentiles found in growth charts.

When setting a speed limit on road traffic, the 85th percentile traffic speed is commonly used – it is also used to determine whether the limit has been set either too low or too high.

When internet service providers (ISPs) bill ‘burstable’ bandwidth, the 95th or 98th percentiles generally cut off each month’s top 5% of 2% of bandwidth peaks, and then charge at the nearest rate. In this way, peaks that occur infrequently are ignored, and the consumer is charged more fairly. ISPs say that this method gives them a very accurate picture of bandwidth cost.