What is profit sharing? Definition and examples

Profit sharing involves giving employees a direct share of a company’s profits. It is an incentive plan that companies pay in addition to their workers’ salaries. The profit share may be in the form of money or stocks. In this context, the word stocks means shares.

There are many different types of profit sharing plans. Some companies share a percentage of their profits with all their employees. Others reward only some people, such as managers, salespeople, or directors, i.e., senior management. 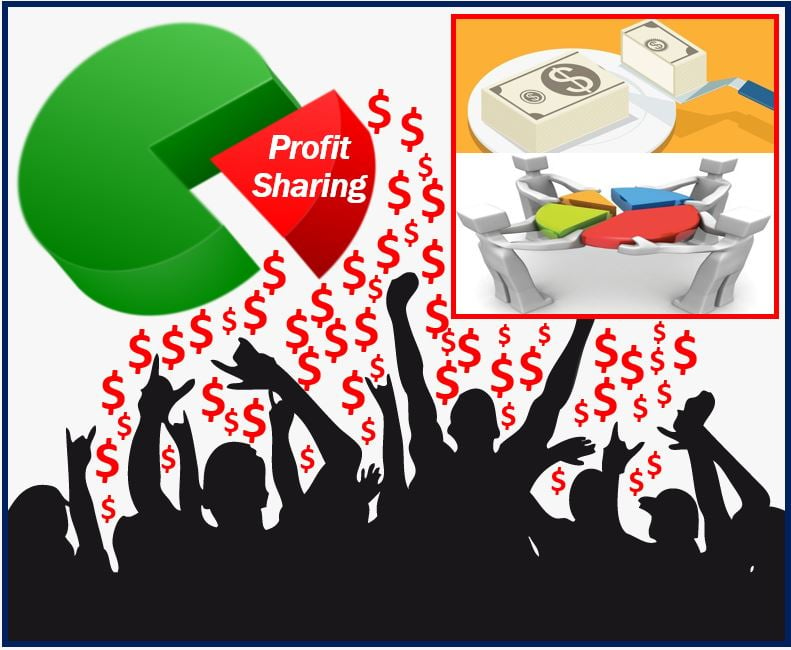 King University Online says the following regarding the term:

“Profit sharing is an incentivized compensation program that awards employees a percentage of the company’s profits. The amount awarded is based on the company’s earnings over a set period of time, usually once a year.”

Some people mistakenly use the two terms interchangeably. Even though both refer to giving employees extra money on top of their salaries, their meanings are quite different.

Companies give certain employees bonuses as a reward for their work or achievements. For example, if the sales department reached its monthly or quarterly target, its members may receive extra money as a reward, i.e., a bonus.

Profit sharing has nothing to do with an individual employee’s achievement, but rather on how well the company as a whole did that year. In this case, employees only receive the extra money if the company makes a good profit.

It only occurs after the business’ accountants and directors have determined how profitable the past year has been.

Gains sharing is a system that focuses on profits, productivity, and individual workers.

As is the case with any system or plan, sharing a company’s profits with its employees has both advantages and disadvantages: 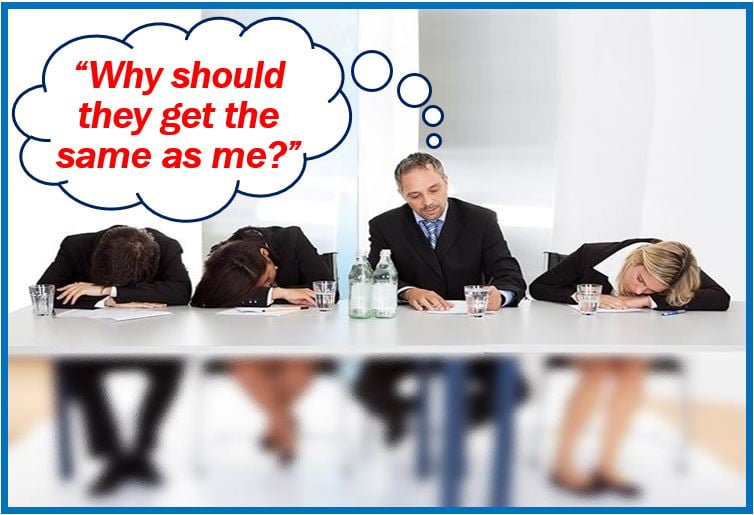 Europe and the USA

Regarding what happens in Europe, Wikipedia informs:

“The share of profits paid to the management or to the board of directors is sometimes called the tantième. This French term is generally applied in describing the business and finance practices of certain European countries, including Germany, France, Belgium, and Sweden.”

In the US, there are various plans. For example, the company shares a percentage of profits with some or all employees, and contributes the money to their retirement plan. In many cases, they operate alongside 401(k) plans.