What is the S&P 500? Definition and Meaning

The S&P 500, also known as the Standard & Poor’s 500, is a stock market index that includes the 500 largest companies (in terms of total market capitalization) listed on the New York Stock Exchange or NASDAQ.

The companies listed on the S&P 500 are leaders in their industry. 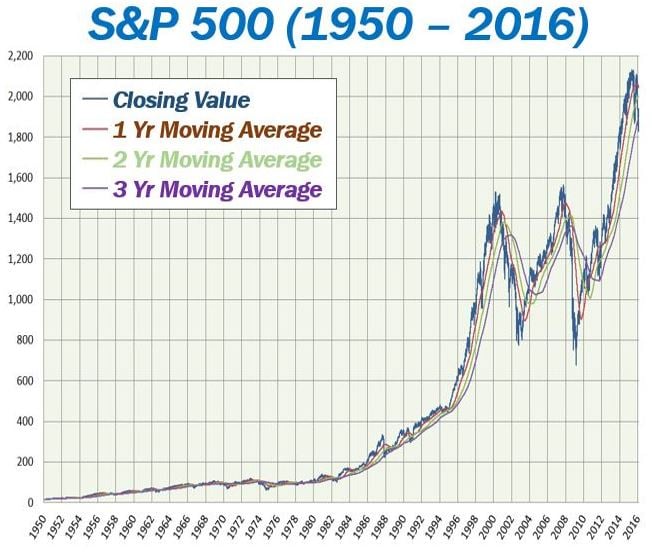 The index is often considered to be the best representation of how the US stock market and overall economy is performing.

What makes the S&P 500 different from other market indices (such as the Dow Jones Industrial Average) is the diverse weighting methodology it uses.

The index was created and is operated by the S&P Dow Jones Indices – a joint venture majority-owned by McGraw Hill Financial.

Standard & Poor’s started as a stock index in 1923. It emerged in its present S&P 500 form on March 4th, 1957. Thanks to current technology, the index is now disseminated in real time.

According to McGraw Hill Financial, “the index value is the quotient of the total float-adjusted market capitalization of the index’s constituents and its divisor.”

How are companies selected?

Components of the index are chosen by a special committee that analyzes the following factors of a company: market capitalization, liquidity, domicile, public float, sector classification, financial viability, and treatment of initial public offerings (IPOs).

In order to properly evaluate a company’s index level the following S&P 500 formula is used:

Where P is the price of each stock and Q is the number of shares publicly available.

The divisor value is approximately 8.9 billion – although it adjusts according to market conditions.