What is WYSIWYG (what you see is what you get)? Definition and examples

The acronym WYSIWYG, pronounced ‘wiz-ee-wig,’ stands for What You See Is What You Get. In printing and computing, it is a system that shows you exactly what the document will look like when you print it. In computers, laptops, and tablets, the ‘print preview’ feature is a WYSIWYG application.

Before printing something, looking at what it will look like is useful if you want to determine what parts of the document need to be changed. It also helps you determine whether you need to add anything. 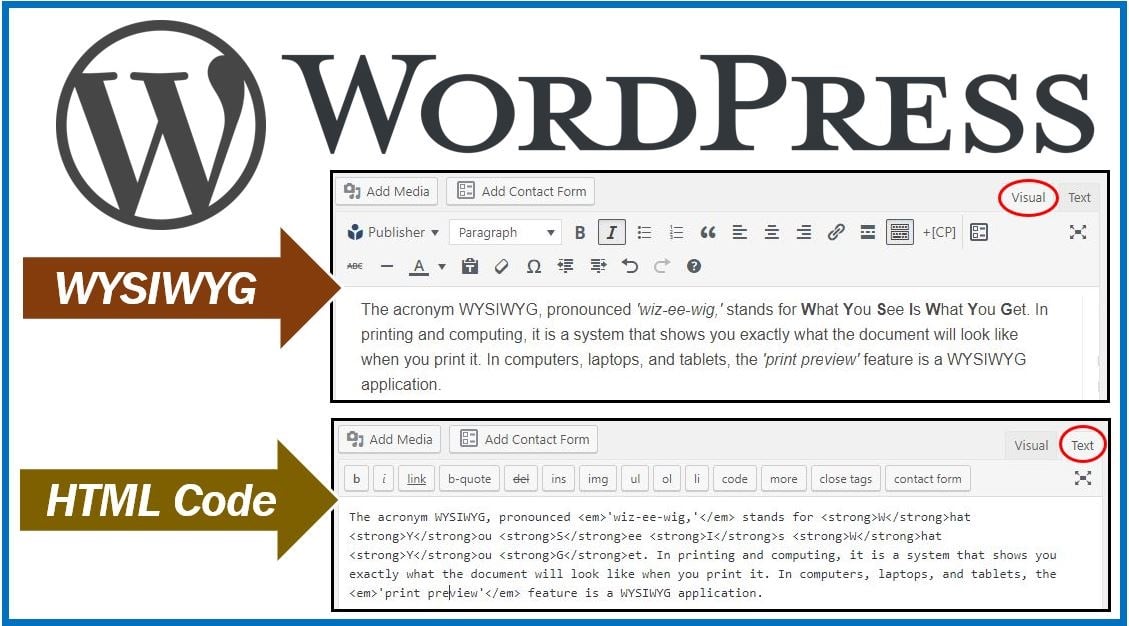 Web design software also has a WYSIWYG feature. If you don’t want to create pages using html code all the time, you can use this feature which allows you to design a page as if you were using a PowerPoint or Word document.

The software automatically converts your input into html code.

WordPress, for example, an open source software for creating blogs, websites, and apps, has a visual or text option. Visual is the WYSISYG mode while text is the html mode.

Wikipedia has the following definition of the term:

” In computing, a WYSIWYG editor is a system in which content (text and graphics) can be edited in a form closely resembling its appearance when printed or displayed as a finished product,[2] such as a printed document, web page, or slide presentation.”

Etymology is the study of where words came from, their origins, and how their meanings have changed or evolved over time.

The acronym first appeared in the English language in 1982. Initially, it was a computer programming term. Later, however, its usage spread to the wider population.

The long form – What You See Is What You Get – first appeared in September 1969. It was a catchphrase which drag persona Geraldine (Flip Wilson) used and popularized. In the 1970s, the phrase appeared several times on The Flip Wilson Show.

In 1971, Stoney & Meatloaf released the song “What you see is what you get.” The Dramatics and Bernard Purdie also released songs with the same title in the 1970s.

What you see is not always what you get

Not all WYSIWYG applications are identical to the end product. Some systems display documents on a screen using corresponding bit-mapped fonts. What we see on the monitor is not identical to what we see when we print out the document.

“Standard laser printers have a resolution of at least 300 dpi, whereas even the best graphics monitors have resolutions of only 100 dpi.”

We can use the long-form – What You See Is What You Get – when describing people.

For example, if somebody asks: “What is Mary like?” The answer might be: “She is straightforward and down-to-earth. With Mary, what you see is what you get.”

In other words, May is sincere and does not try to be somebody or something she is not. She will not disappoint or surprise you.

When describing people, we do not use the acronym.