Finding the Wanderers in Space 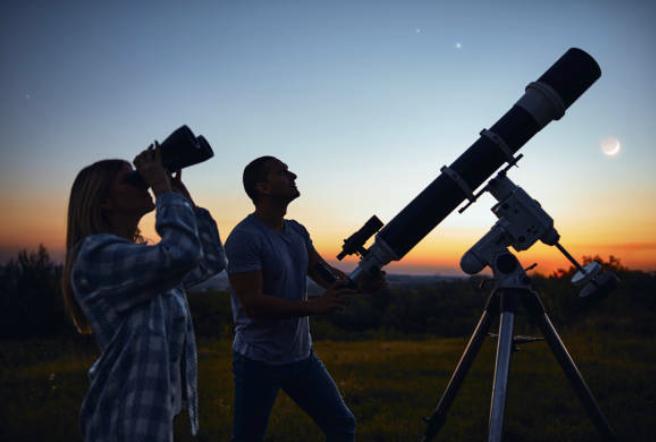 Astronomers discuss fixed stars and faint fuzziness and how the stars are arranged in constellations. But occasionally, you will glimpse strange things among the usual constellation forms. In most situations, these objects are one of the five planets visible to the naked eye: Mercury, Venus, Mars, Jupiter, or Saturn. However, the Moon and Sun also move against the fixed stars. Therefore, they are also referred to as wanderers.

If you love the universe, you’ll love bringing home space artworks and space prints from space artist Agnes My Universe.

The brightest wanderers are visible to the naked eye, and skywatchers have observed them for millennia. Ancient Greek astronomers referred to them as planetai, which translates to “wanderers” and is the origin of the term “planet.”

Obviously, you’ll be able to tell whether you’re gazing at the Sun or the Moon, but the other wanderers aren’t as evident; they appear to be highly brilliant stars in many situations.

The sky changes throughout days, months, and years. The Earth’s movement causes most of these variations as it spins on its axis and circles the Sun or the Moon’s movement as it orbits the Earth.

If you were in a spaceship hundreds of millions of miles above the Earth’s the North Pole and looking down, you would see the Earth spinning once a day counterclockwise, like a top slightly tilted to one side, and orbiting the Sun once a year, also in an anticlockwise direction, with the Moon orbiting the Earth once a month.

As the Earth spins, the Sun, Moon, planets, and stars appear to rise and set daily. However, you are not in a spaceship gazing down from above; you are on Earth. You’ll also notice that the Sun, Moon, and planets move over the background stars daily.

The Moon is one of the wanderers, and its night-to-night migration is readily seen. Consider it for yourself:

How far does the Moon go across the sky each night? Try to find a solution. In 29.5 days, the Moon completes one complete circle against the fixed stars. Round it up to 30 days to simplify your calculations.

To make one complete cycle around the sky, the Moon must traverse 360 degrees, which implies that it moves around 12 degrees daily, on one-thirtieth of a complete circle, relative to the fixed stars. Twelve degrees corresponds to the size of your closed handheld at arm’s length. This is a considerable distance in the sky, so the Moon may only spend a few nights in each constellation as it passes through.

How the Sun Wanders (Too)

As the Earth rounds the Sun once every year, the Sun also moves relative to the background stars, altering its location. Compared to the fixed stars, the Sun travels far more slowly than the Moon, completing one cycle of the sky in a year instead of one month for the Moon.

You cannot sketch the Sun’s location relative to the fixed stars since you cannot see the stars during the day (unless during an eclipse!). Nevertheless, you can keep note of which stars are visible when the Sun sets each day, and you’ll see that throughout the year, various stars are visible at sunset throughout different seasons.

In addition to seeing the movement of the Sun and Moon relative to the fixed stars, ancient astronomers also observed the motion of other objects. These objects resembled brilliant stars but were not fixed in constellations; they migrated relative to the fixed stars at varying rates, much like the Moon. These are the wandering planets. The planets travel at varying rates throughout weeks and months, which is far slower than the Moon’s nightly motion.

If you are familiar with constellations and night sky prints, you may notice when a bright planet is amid the constellation’s typical stars. However, there are several methods for planet identification.

The most straightforward approach to detecting a planet is determining if the object you observe twinkles. Generally, planets do not sparkle, but the stars surrounding them do. In addition to being brighter than the light from most stars, the light from planets also reaches your eyes in a significantly thicker beam. Even with a large telescope, stars seem like tiny dots, but planets appear as disks because they are considerably closer and appear more prominent. In addition, it is far more difficult for the air above you to disrupt these dense beams of light. Therefore planets are considerably more stable and rarely twinkle.

You can mark the planets similarly to how you might note the location of the Moon each night against the fixed stars and constellation patterns. Planets also travel in opposition to the fixed stars.

Marking the positions of all wanderers over a year will allow you to connect their travels into a single line that circles the whole sky. This line is referred to as the zodiac, but its scientific term is the ecliptic. This ecliptic line travels across the zodiac signs, which are comprised of 12 well-known constellations:

When you observe a planet, the Sun, or the Moon in the sky, they are always located in one of the zodiac signs.

You may find out where a planet is on the ecliptic by searching it up online; a search for “Jupiter position April” should provide several websites that tell you where to look for Jupiter in April; however, you may want to be more prepared by subscribing to an astronomy magazine. These periodicals include a list of planets visible in the sky during a particular month and maps indicating their locations.

Contrary to common perception, the zodiac has 13 rather than 12 signs. The thirteenth zodiac sign is Ophiuchus, the Serpent-Carrier. Don’t worry if you haven’t heard of him; most people haven’t! As he resides between Scorpius and Sagittarius, the Sun, Moon, and planets all pass through Ophiuchus as they march across the sky.