Git on IBM i: How To Succeed 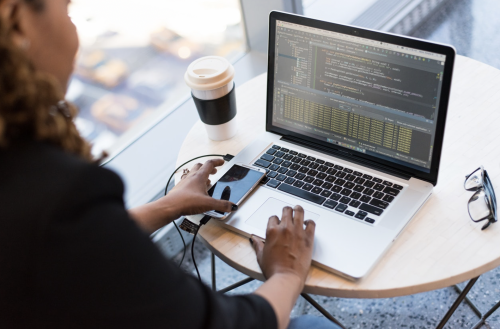 IBM i and GIT – Is It Possible?

One of the main challenges in integrating Git into IBM i is is the ‘technology gap’ between Git and the antiquated change management systems still in use on the platform. To appreciate this statement, we need to take a look back at the recent history of the IBM i itself, and ask ourselves ‘why Git?’

The advantages of using Git for source code control on IBM i are enormous. A successful Git implementation offers a modern, collaborative, and distributed approach to development with a bulletproof audit trail.  Sharing a common source code repository between IBM i and distributed systems simplifies project management tasks.  And with Git and other open-source tools such as Jenkins, IBM i shops can achieve a single, enterprise DevOps pipeline across all their development teams and technologies, helping accelerate the delivery of new features to the business and securing software quality.

It’s no secret that the IBM i itself is now a modern and innovative platform.  It has evolved continually since its AS/400 origins to embrace open source tooling, AI and process automation, to name a few.  However many traditional IBM i implementations have remained tied to legacy tooling and are not yet familiar with open source tools such as Git. This reliance on outdated tooling leaves a big gap when you are wanting to modernize and streamline operations. Sometimes companies take the decision to leave the platform, simply because the legacy IBM i tooling is incompatible with the open-source DevOps tools they are already using on other platforms.

The good news is there are solutions, and they are here!

To successfully work with Git on your native IBM i code, start using a modern change management solution like ARCAD for DevOps.  A key component of ARCAD for DevOps is the  ARCAD Builder module, which uses web hooks during branch creation and creates associated development libraries on the IBM i automatically. ARCAD Builder can simplify the complex task of recompiling IBM i applications by optimizing the build process, recompiling only the impacted sources, and it can handle all the build specifics automatically.

Git does not inherently know what IBM i is, nor PF nor Table nor any of the inter-dependencies between components of an IBM I application. So how can the building work? By passing the changes through a tool that DOES know IBM i, like ARCAD Builder. Here’s an example – let’s say you change a table using Git as your source code repository, Git will pass what you changed to Builder. Builder will then identify all related components and recompile them automatically, in the correct order, in the correct development libraries. Automation can create one pipeline for all of your code, IBM I, and open distributed systems.

Tools like ARCAD for DevOps bring a tight integration that allows many open-world tools and code to be unified in IBM i. Automation is the key to making all of these systems work together and ARCAD for DevOps is the tool that creates the automation, leading to efficient DevOps across the board.

The right path to Git integration is clear – you will need the right tools, and ARCAD for DevOps contains the IBM i-specific layer you need to make integration a reality. So again, while Git standalone on IBM i is unworkable, creating automation is a straightforward task with ARCAD for DevOps. Learn more about the ARCAD for DevOps solution and Git Integration for IBM i here.

Interesting Related Article:”Why Every School Should Teach Coding & Why It’s so important“