Scientists have developed a heat process that cooks human excrement under pressure to produce a reusable, safe fuel and a rich fertilizer.

The groundbreaking research comes from Ben-Gurion University of the Negev (BGU) in Israel and is the first of its kind. 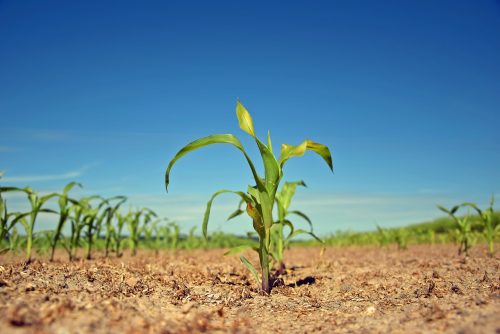 The process converts human excrement into fuel and fertilizer for crops. Image: pixabay-2392845

The process is called hydrothermal carbonization (HTC) and it treats human waste for reuse in a sustainable way.

You can read a scientific report on the pilot study of the HTC system in a recent online issue of the Journal of Cleaner Production.

The news arrived in time for November 19, World Toilet Day 2018.

According to the World Health Organization (WHO), there are 2.1 billion people without access to safe drinking water and more than twice this many do not have safe sanitation.

This figure includes nearly 900 million mainly rural dwellers who defecate in the open.

Many of these same regions are occupied by around 2 billion people who use solid biomass – usually charcoal – for heating and cooking.

Not only does this generate air pollution and greenhouse gases, but sourcing the wood to make the charcoal increases deforestation and soil erosion.

The researchers, who are based at the Zuckerberg Institute for Water Research at BGU, had previously developed an HTC system for processing poultry excrement.

Although it is rich in elements like nitrogen, phosphorous, and potassium that go into fertilizers, human excrement is a health hazard.

It can spread disease and it can also contain pharmaceutical “micro-pollutants,” explains senior study author Prof. Amit Gross, who is director of the Zuckerberg Institute.

The process dehydrates solid waste and converts it into hydrochar, a sterile, solid product. It also produces a nutrient-rich watery liquid byproduct.

Hydrochar can be made into “coals” for heating and cooking and the liquid can be used to make fertilizer, note the researchers.