How can I get ads to appear on my website? 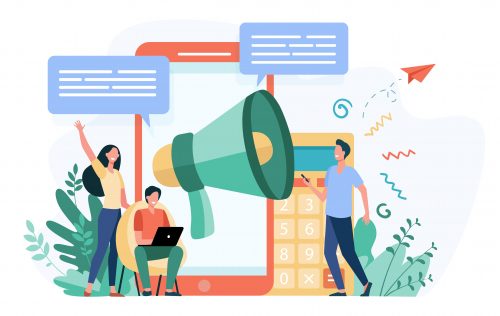 Making money from marketing has become more accessible to companies of all sizes as a result of the Internet and computer-generated algorithms. A few years ago, earning money from advertisements was almost impossible for small and medium-sized companies, since you needed to be able to purchase costly ad space along major thoroughfares, on public transportation, or on your radio or television stations.

Before being self-sustaining, all of these traffic sources required significant capital expenditures. Thanks to the Internet, anybody with a website, blog, or media outlet that has a relatively modest following may now earn money from advertisements or sponsored content, regardless of their background.

Examine some of the most common ad types that are currently being utilized on websites.

Advertisements that appear in context

The following are the criteria for contextual advertisement hosting websites, such as these:

Review the full list of criteria before proceeding because if you break any of them, your domain will be banned with no possibility of recovery. You must also get at least 500 unique visitors each day to be considered successful. Advertising will be shown on your resource if it fulfills the criteria listed above once you have registered.

Ad networks and specialized services will choose the most relevant advertisements for a particular audience based on algorithms developed by the companies themselves. As a result, such ad placements are most successful on websites that are devoted to a more specific subject matter. With big ad platforms, you don’t have to worry about illegal or “gray area” offerings being pushed on your website when you collaborate with them. CPM (per 1,000 views) and CPC (per click) are the two most popular payment methods (per click).

Teaser and Banner’s Advertisements are used to Promote Products.

In the same way that contextual ads require registration, banner networks require registration for you to offer them ad space on your website. It is often the case that there is nothing to the left and right of the real text, allowing for the display of advertising materials to take up the remaining space. Banners are popular because they can blend in naturally with the rest of the website’s content, without detracting the user’s attention away from the main material. Payment for banner advertisements can be made on per-thousand impressions or per-click basis.

Teasers are advertisements that appear similar to banners but include additional text, sometimes with attention-grabbing headlines. Teasers are typically handled by the same networks that handle banner advertising. All elements of working with them are the same, but sites with tightly focused themes, such as those devoted to female and male beauty, health, sports, and so on, are more suited for teasers.

Over the last several months, the world of internet marketing has been forced to deal with a new phenomenon known as banner blindness. This occurs when individuals have become so used to advertisements that they do not respond to them at all. Some marketers are compelled to go for softer marketing strategies that are centered on native advertising as a result of this.

Native advertisements are seamlessly integrated into the website’s design and closely resemble other cards and buttons so that the user is not inconvenienced.

A growing number of websites are including partner resources into their content since consumers are becoming more demanding. This is typically helpful material, such as an article or a video that acknowledges the partner and includes a link to their website or product information page. Such product placement is sponsored by the business. These kinds of advertisements are often seen on news and information websites.

These ads may only be shown on websites with high visitor levels. When it comes to promotional materials that will be shown, publishers typically deal directly with advertisers. It is customary for them to be shown prominently on the site header and at its borders, while the website is painted in the company’s logo color scheme. A cursor in the manner of advertising may also be inserted if desired, along with icons and buttons.

A costly kind of advertising campaign, promotional website design is intended to enhance brand coverage and awareness by increasing the visibility of the brand. Popular apparel and cosmetics companies, sporting events, new video games and films, and bookmaker offices are examples of categories that are often marketed in this manner.

The Placement and Style of Advertisements

Website headers, either above or below the main menu, are the most common locations for advertisements to be shown. These types of establishments are the most costly since the top portion is the first thing that a guest sees. Occasionally, several advertisements are shown in the same area at the same time; the ads are simply rotated by an algorithm.

Banners and teasers are shown on the website’s side panels, which are often vacant. For promotional design reasons, most websites utilize all available space on the page, without exception, to give the illusion of visitor involvement while preventing them from being distracted by other advertisements.

When designing your advertisements, it’s essential to remember that they shouldn’t be too intrusive and shouldn’t detract from the content of the page itself. Also important is that the advertisements flow naturally about the site layout. Users may be discouraged from clicking on ads that have been poorly produced, resulting in a negative perception of the product.

Interesting Related Article: “What is marketing? Definition and meaning“